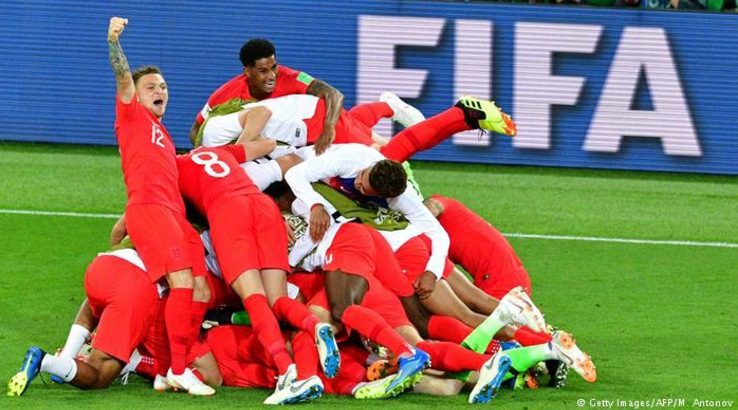 The impact of VAR technology on the FIFA World Cup has been unearthed by finder.com/es, with statistics showing that we’ve never seen so many games decided by penalties.

There is no denying that this world cup has been one filled of nail-biting moments. Plenty of exciting, tight games. A stack of upsets. And 160 strikes rippling the back of the net. But, of course, there will always be controversy: and we’re not just talking about what’s gone down in Maradona’s booth. The biggest talking point has been about VAR.

VAR, or Video Assisted Referee, is an off-field official who looks at the video footage of goals or goal-scoring opportunities to see if there has been any foul play that may alter the decision made by the referee on the field in real time. If there is a debatable incident, the referee on-field is notified, they stop the game, head off the field to watch a replay on a screen, and then alter or confirm their decision based on that footage.

For football purists, it’s seen as an invasive process that breaks up the flow of the game. Many argue that there is still so much subjective grey area in decisions that, even after using VAR, fans and commentators are still split on whether the correct decision has been made anyway. But ultimately, good or bad, VAR is impacting the result of games.

By analysing the FIFA World Cup statistics out of Russia, we can already see that a VAR-enabled tournament delivers more penalty goals. Despite the fact that – at the time of this writing – we’ve only completed the quarter-finals and four games remain, the Russia World Cup has already seen more goals scored from penalties than any of the previous 20 World Cups.

These are in-game penalties, ignoring successful spot kicks during penalty shoot-outs. Plus, it doesn’t take into account missed penalties – you know, like the one from Lionel Messi…

Is VAR resulting in more penalties?

So far this World Cup, in the 60 games played thus far there have been 20 penalties. It works out to one penalty every three games. In comparison, in the 2014 World Cup hosted in Brazil, over the entire 64 game tournament there were only 12 penalties. When we look at the ratio of penalties scored per game that is a 174% increase. By the time we’re done, it will be almost double!

If you go back to the 2010 South Africa World Cup as your comparison point, then this year is up 253%. In fact, you have to go back to 1994 to find anything comparable, where in the USA we saw 15 penalties in a shorter 52 game tournament. But even still, that is a penalty strike-rate 12% less than what we’ve seen in 2018.

Below you will see all the penalty data from each of the 21 World Cups. It seems clear that if VAR is here to stay – which certainly seems likely – that we can expect more games to be decided by penalties in the future. Is that a good or bad thing? I guess that depends on whether your team is still in the World Cup or not…