Doing things together digitally while quarantined 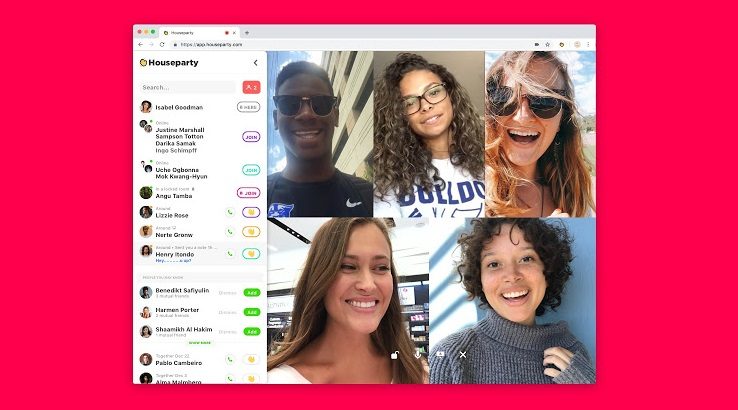 Being socially isolated isn’t easy. Fortunately, there are apps that can help bring people together.

Best practices for social distancing can keep us feeling isolated. Encouraged to stay at home to slow the spread of the novel coronavirus, opportunities to socialize — be it at the bar, the gym or at friend’s houses — have become a social faux pas. A number of apps and platforms, however, have taken up the mantle to help alleviate this social sequestering.

Netflix, for example, has announced that it will allow friends to watch movies together in an AOL-like chatroom. By using the Google Chrome plugin Netflix Party, a host can start a viewing party with a specific URL that can be shared with friends and family. A chat box appears to the right of the movie, allowing users to talk to each other as if they were watching the movie in the same room. As the host is streaming from his or her Netflix account, only one account is needed, which may be a great way of including friends that don’t have a Netflix subscription of their own.

If gaming is your thing, the game streaming service Discord has boosted its live streaming limit. The service’s Go Live screen sharing feature has been limited to 10 users, but will be boosted to 50 simultaneous viewers in response to the coronavirus situation. “We’re following news of COVID-19 as closely as you are, and our hearts go out to those who’ve been impacted,” Discord founder Jason Citron wrote. “We also know that many people who aren’t directly affected by the virus have still seen their lives disrupted, including school closures, canceled community gatherings and small businesses struggling to keep operations running smoothly.”

“While we created Discord to bring people together around games, we’re thrilled that so many of you are using it in so many different ways. We’ll maintain the higher user limit as long as it’s critically needed — we hope it makes peoples’ lives just a little easier and a little less stressful day to day.”

If you just want to host a virtual party, then Houseparty may be your app. The social networking platform allows you to host a large group of friends via video chats. Participants can not only share their screens, but also participate in games. “Houseparty is the face-to-face social network where you can connect with the people you care about most,” the app described itself on the Apple Store. “The app makes connecting face to face effortless, alerting you when your friends are “in the house” and ready to chat so you can jump right into the conversation.”

Many gyms offer group workout apps. Planet Fitness, for example, offers workout videos with a trainer on its app, while 24 Hour Fitness offers at-home workouts via its 24GO app. Similarly, Peloton uses video conferencing for virtual classes that go beyond cycling to also include yoga, strength training, meditation and guided runs. The service — which can be used with or without the bike — costs $12.99 per month, but there’s a 90-day free trial. Other group fitness apps include Obe ($27 per month) and ClassPass.