Dogecoin continues to defy all odds as price nears $0.70 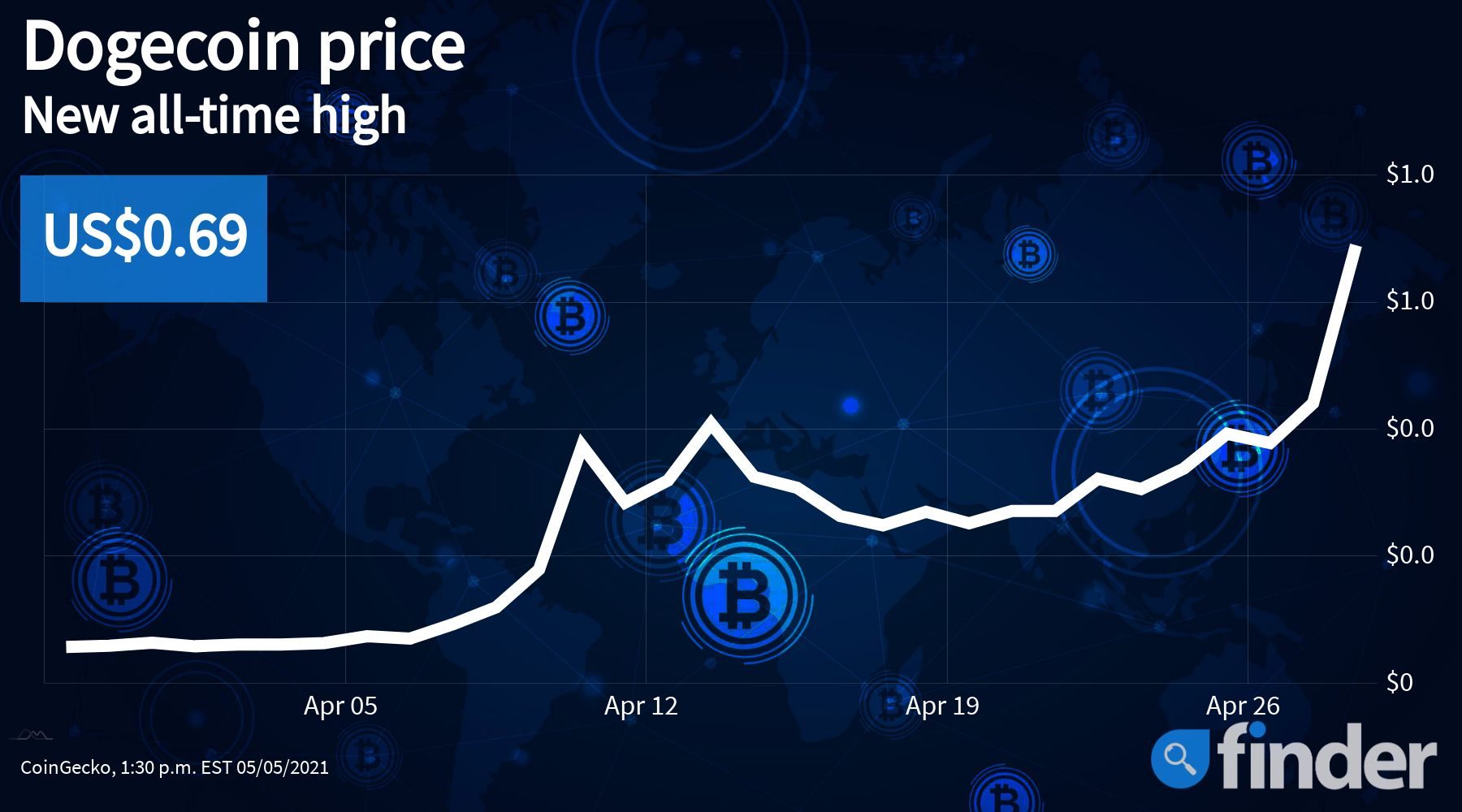 DOGE has just traded at a new all-time high price point of $0.69

In typical crypto fashion, DOGE, the native digital currency of the Dogecoin ecosystem, has continued to surge and exceed everyone’s expectations. To put things into perspective, over the course of the last 24 hours, the digital asset’s price has soared by more than 50%. It’s currently sitting at $0.60 after reaching a new all-time high of $0.69.

Even after months of ridicule, DOGE remains on a path of monetary ascent, with the value of a single token rising from $0.35 to $0.69 since the start of May.

Can DOGE surge even further?

Even though Dogecoin started off as a joke, the currency remains one of the most lucrative investments currently available in the market. This could be because, in the past, a number of high-profile individuals such as Tesla CEO Elon Musk and billionaire investor Mark Cuban have spoken highly about DOGE.

In fact, with Musk all set to host popular sketch show Saturday Night Live next week, it stands to reason Dogecoin will likely continue to attract — and confound — a number of new investors.

Within a matter of just five months, DOGE has grown by more than 11,000%. That said, there are certain warning signs that potential investors should be wary of. For example, last month, the currency’s value swooped and fell by 50% almost overnight, only to once again rise 25% in value after a tweet from Musk just hours after the episode.