The rise of digital wallets

E-wallets are giving banks a run for their money as Americans make their finances mobile.

Some 110 million American adults say they’ve swapped cash and credit for digital wallets at least once.

A recent finder.com survey found that an estimated 110 million Americans have used a digital wallet at some point in their lives. Reflecting a rise in e-wallet popularity, that’s 3.5 million more people than just two years ago who said they used an e-wallet with Facebook Messenger, Google Wallet, Venmo and similar services.

In fact, about 75% of those surveyed — or more than 80 million Americans — say they use digital wallets because they’re a more convenient option than carrying around dollar bills and credit cards.

For those who shy away from digital wallets, the No. 1 reason is simply because they prefer credit cards (29%).

Gen Y is changing up how we pay our bills

No group has embraced the digital wallet quite like Generation Y, with three in four saying they’ve used at least one e-wallet in the past year. Today, sharing a burrito bill is as easy as ever, creating a digital paper trail that ensures you and your friends are immediately paid up.

Half of all 18- to 38-year-olds use digital wallets regularly. But other generations are catching on: 40% of Gen Xers say they’ve used a digital wallet in the past year, followed by 17% of baby boomers.

Considering the number of students embracing this technology, it’s little surprise that the biggest group of virtual wallet users are single and never married (53%). Though they may get more nagging from Mom about being glued to their phones, it’s among the reasons why digital wallets make sense.

Interestingly, single people don’t spend more with digital wallets than through other options, like credit cards. That distinction goes to those who are married or in domestic relationships, of which nearly 30% confess to spending more money through their digital wallets than with other payment options.

Payment applications such as Venmo, Facebook Messenger and several others make it convenient for people to transfer money to their loved ones. Instead of waiting one to three business days and facing unnecessary fees, you can instantly transfer and receive funds.

Why switch to a digital wallet?

Wallets aren’t the only things going digital. A wave of fintech products like high interest online savings accounts, auto-investing and even shopping apps are helping consumers save money in ways that mesh with their lifestyle. Check out some of our favorite apps helping the digitally savvy save and earn: 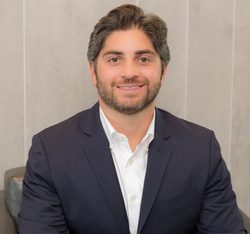 With digital wallets, convenience and control are key, so don’t let your bank or any other digital financial entity slow you down. Before going completely digital, it’s important to keep some things in mind:

Maintain your budget
With new tap to pay features, it’s easy to forget or ignore how much you’re actually spending when you’re not physically opening your wallet. Personal financial management tools allow you to log your monthly budgets and expenses in one place. If your current bank doesn’t have these features, consider an upgrade to one that does.

The perks of convenience.
Does your bank integrate with platforms like Venmo where you can send money to your friends at different banks? To us, this feature is essential for any digital wallet user.