What might the future hold for the price of Dash?

Launched in 2014, Dash (DASH) is an altcoin with a focus on privacy and fast transactions. As one of the 20 biggest cryptocurrencies by market cap at the time of writing, Dash has attracted plenty of interest from crypto enthusiasts around the world.

However, in a highly competitive market known for its volatility, you’ll need to assess whether Dash is well placed to rise in value before deciding whether you should buy any coins. To do that, we need to take a closer look at how Dash works, and the challenges and opportunities it will encounter in the months and years ahead.

Predicting the future price of any cryptocurrency is difficult. Not only are cryptocurrencies complicated and highly volatile, but their prices can be impacted both positively and negatively by a wide range of variables.

The table below outlines some of the key factors you’ll need to assess when calculating what the future holds for Dash:

What could drive Dash’s growth?

What could hold Dash back?

Where to buy Dash (DASH)

What’s coming up in Dash’s roadmap

To find out how a coin’s price is going to move in the future, take a look at the technological upgrades and releases scheduled in its roadmap. Dash’s roadmap reveals that the key development in the coming months will be the launch of Dash Evolution.

Evolution is an API and mobile app designed to be a user-friendly and scalable digital currency platform suitable for mass adoption. It will allow any user to set up an account on the blockchain, add contacts and pay them by name, as well as make one-click purchases through websites or mobile apps.

Evolution is set to be launched in three stages, with the alpha stage scheduled for June 2018.

The performance of Dash’s competitors may influence the future price of this coin, either positively or negatively. When forecasting future Dash price changes, remember to consider how Dash compares to its key competitors, including:

Beyond 2021: What does the future hold for Dash?

Cryptocurrency price predictions are highly speculative, so it’s impossible to say with any amount of certainty what level of growth we can expect from Dash in the next 12 to 18 months.

However, what we do know is that the release of Dash Evolution will be a crucial milestone. Evolution is an important stepping stone on the road to providing an easy-to-use and instant cryptocurrency payments platform, so the success of the platform could have a big impact on Dash’s price.

Evolution will be a huge factor in Dash’s efforts to break into the mainstream and achieve widespread adoption. However, the Dash project will face stiff competition from a long list of other digital currencies, including everything from privacy coins to others focused on fast and cheap transactions, and this competition is a major obstacle that will need to be overcome.

Dash is well placed to continue its steady growth and work toward its goal of becoming the most user-friendly and scalable payments-focused cryptocurrency in the world. Of course, whether or not it can achieve that goal remains to be seen.

The most important thing to remember if you’re thinking about buying Dash is to do your research first. While Dash’s accessibility, transaction speed, privacy features and governance system are all big advantages, the challenge to fight off the competition and become the No. 1 digital cash system is a big one.

Monitor news and announcements of the Evolution project closely, and remember to carefully assess all the factors affecting the price of Dash before deciding whether this coin is worth buying. 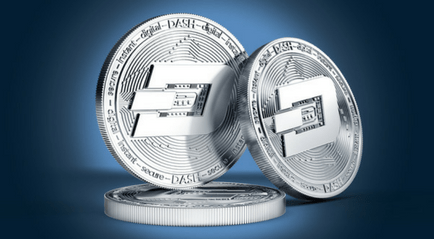 How to buy Dash (DASH) Images: Shutterstock
At the time of writing, the author holds IOTA and XLM.