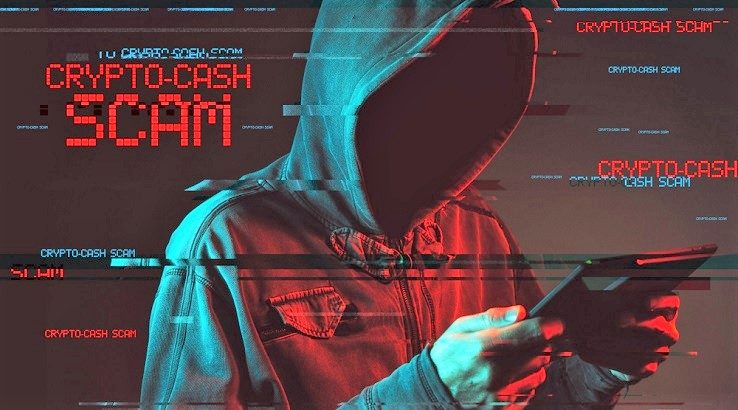 The leading cryptocurrency to pilfer is Ethereum’s token, given the increasing number of coin offerings.

Global cybersecurity company Kaspersky has released findings from its latest quarterly report, conceding that despite preventing tens of thousands of phishing attacks, crypto bandits made away with millions last quarter.

This figure is only a rough estimate, based on data received from over 1,000 ETH wallets used by offenders.

In addition to classic phishing, which aims at gaining access to the victim’s accounts and private key information, cybercriminals try every way to entice a victim to willingly send them cryptocurrency. One example of this is cryptocoin giveaways. Cybercriminals continue using the names of new ICO projects to collect money from potential investors that are trying to gain early access to new tokens.

The internet security company claims that its anti-phishing system managed to prevent 58,000 user attempts to connect to phishing websites that were masquerading as popular cryptocurrency wallets and markets.

Throughout Q2 2018, Kaspersky’s anti-phishing system prevented 108 million attempted attacks via malicious websites. This means that over half were crypto-related. 1 in 10 Kaspersky Lab users were subject to an attack.

Although bitcoin is the world’s most notable and popular digital currency, Ethereum (ETH) is currently the most sought-after cryptocurrency among cybercriminals, given its attractive, burgeoning ICO marketplace.

The Federal Trade Commission (FTC) has reported that in the first two months of 2018, consumers were defrauded out of $542 million in cryptocurrency scams and will lose a total $3 billion by the close of the year.

Last month, a global operational taskforce, the Joint Chiefs of Global Tax Enforcement, was created to share and facilitate information and intelligence regarding international tax crime and money laundering activity.

Additionally, independent platform game Abstractism has been pulled from the Steam stores after a series of allegations culminating in reports that it installs cryptocurrency miners on players’ computers.