Cryptojackers have made their way into Steam games 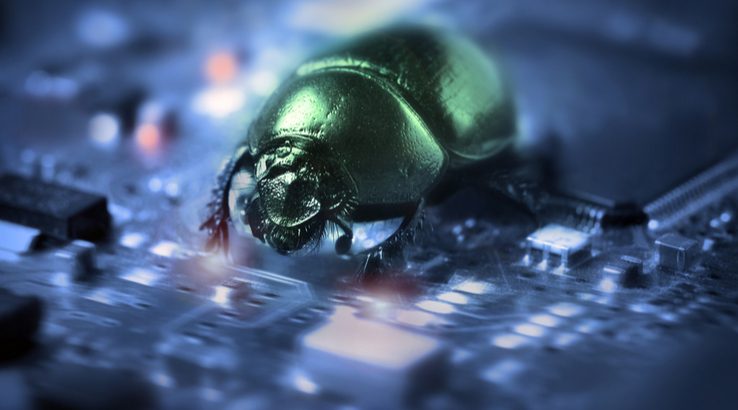 A game called Abstractism has been pulled from the store for allegedly infecting people’s computers.

Indie platformer Abstractism has been pulled from the Steam stores after a series of allegations culminating in reports that it installs cryptocurrency miners on players’ computers.

Installing or running cryptocurrency miners on people’s systems without their knowledge or permission is known as cryptojacking, and it’s all the rage in malware circles these days.

Cryptojacking has taken many forms, with the most similar to this perhaps being the Andy Android emulator, which was also found to be installing crypto miners on people’s systems without their knowledge.

According to a Steam statement, Abstractism was pulled from the store for several reasons.

“We have removed Abstractism and banned its developer from Steam for shipping unauthorized code, trolling with content, and scamming customers with deceptive in-game items,” it said.

Abstractism has been available since 15 March, but things only came to a head recently when a relatively well-known Steam marketplace trader was tricked into buying a worthless scam item that originated in Abstractism.

From there, others started saying that trying to install the game would trigger virus malware warnings, and that actually running it was consuming an inordinate amount of computing power.

An update from 23 July also strongly suggests that it’s all about tricking people into crypto mining, with an in-game rewards system geared towards encouraging people to leave the game running for longer periods of time.

It did this with a “dynamic” item drop time, where the time between each increases with playtime.

This is because cryptojacker earnings are dependent mostly on how much time a victim contributes to it, and the best returns will often come from malware that remains undetected for a long period of time, rather than the ones which get greedy and siphon off a too-obvious amount of computing power.

“You need 15 minutes to receive the first drop, 30 minutes for the second drop, 60 minutes for the third drop and so on,” the update reads. You receive more rare items if your playtime is long (“60 minutes” item drops are better than “15 minutes” drops).”

A player could receive a maximum of 7 items per week, and assuming the vague update means the drop time doubles each time, that means someone would need to leave the game running for 16 straight hours to receive the “best” tier items.

“Drops limit resets on friday and you should be in game to allow Abstractism reset it,” the update says.

The entire system is seemingly geared towards encouraging people to just leave the game running in the background for days on end – perfect for crypto mining.

In response to accusations of cryptojacking, the seller assured people that the game wasn’t a bitcoin miner.

This is a safe bet because someone would need an incredible amount of infected GPUs to make bitcoin mining worthwhile. Others also accused it of mining Monero, which they also denied.

“Abstractism Launcher and Abstractism Inventory Service are not Bitcoin miner (and are not Monero miner too, honestly),” they said.

Monero would be a more reasonable and profitable bet, with its GPU-friendly mining and hard forks to keep it that way. But the developer denies that too, and they might well be telling the truth. It doesn’t really matter which coin they’re mining though. There are plenty of options out there, and the main thing is that it was almost certainly mining something before being removed.

It also raises the question of whether other Steam games might have cryptocurrency miners hidden in them, and whether Steam can or should be doing more to sift through listings before they go up.

Our 13 fave Instagram accounts to inspire a money makeover

Keep up with these financial influencers to…

How one man turned creepy crawlers into a…

Rather than rewarding spending, Ramp focuses…