Why is blockchain so slow? 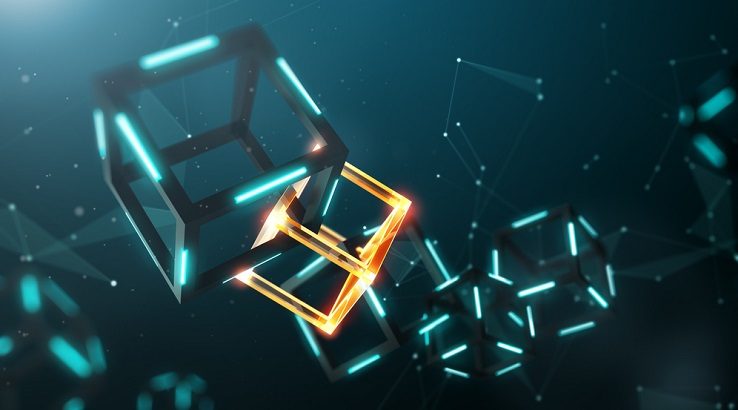 Speed, security or decentralization — you can only pick two.

This was accompanied by extraordinarily long transaction times, and those who didn’t pay exorbitant fees would have their transactions sit in the queue for days or weeks.

A lot of people’s foray into “the currency of the future” was an expensive, unpleasant affair, and the sheer slowness of the blockchain would be a common criticism of the technology as a whole in coming months. This slowness is the result of the “scaling problem” with cryptocurrencies.

Why is the blockchain so slow?

Security, decentralization or speed, you can only pick two.

You obviously need security because any system that can’t resist attacks is doomed right from the start. So the choice is between decentralization and speed. Bitcoin and Ethereum chose decentralization. Censorship immunity is arguably the entire point of a public blockchain, and it’s also system security of a sort, so this is also a must-have.

This is why bitcoin and Ethereum slowed to a crawl when they hit peak popularity. That’s when they suddenly pushed far beyond the technical limitations of their blockchain architecture. On a global scale, they weren’t even being that widely used. Only about 5% of Americans have ever owned bitcoin, and most were just trying to buy and hold it rather than actually transact with it.

This problem is often called the “scalability trilemma,” and clearly it needs to be solved if cryptocurrencies ever want to take over the world.

How to solve the scalability trilemma?

There’s no single right answer. It’s all experimental technology, and different cryptocurrencies are solving it in different ways.

Some are sacrificing certain elements of decentralization, while others are getting creative or looking at solutions beyond typical blockchain architecture.

Some currencies choose to sacrifice some decentralization. For example EOS and ARK, which rely on a relatively small network of users to run transactions through the system. EOS has 21, while ARK has 51.

This improves speed because transactions only need to run across 21 and 51 nodes respectively and because each can dedicate more computing power to processing transactions on the network. You could think of this as a cooperative arrangement where all the nodes work together, rather than a competitive arrangement like bitcoin’s where miners spend most of their energy competing with each other rather than processing transactions.

The problem is that it’s not absolutely decentralized. If one group gains control of more than half the nodes, they can essentially make the network do anything they want, including spending money without actually having it, blocking transactions they don’t like and preventing anyone from wresting back control.

This problem is accentuated by its own incentive systems. In ARK, for example, the 51 nodes are elected by other users. All newly minted ARK coins and transaction fees are divided among them. Users vote for their preferred node by placing a voting token on the name of their preferred node. The problem of fake votes is solved by adding a fee for voting. These voting fees also go to the 51 nodes.

The 51 master nodes earn a lot of money, so the usual procedure is to buy votes by offering to distribute a portion of node earnings to voters. The end result is a system where all the wealth flows upwards, and the more wealth one has the easier it is to buy votes and accrue even more.

In the long run, this might be unsustainable, inevitably centralizing complete control in the hands of a small group as they use their growing power to buy even more votes. The cherry on top is that voting fees are also divided among the master nodes, so the harder people try to outvote a powerful group of unwanted nodes, the richer and more powerful they get.

In the long run, this type of unsustainable centralization problem can be just as fatal to a system as a gaping security hole.

What if you start with security and decentralization, and then look for ways to add speed without breaking either of them? This is what bitcoin and Ethereum are doing.

The Bitcoin Cash fork was designed to solve bitcoin’s scaling trilemma by increasing block size. However, this might be more of a band-aid that only multiplies transaction speeds several times, rather than delivering the exponential hundred- or thousand-fold speed increases required for real-world use.

For its part, bitcoin is aiming for a system called the Lightning Network which essentially runs a series of peer-to-peer payment channels off the main bitcoin blockchain to reduce the load on it.

Ethereum is getting creative with a combination of solutions that it’s been planning for a long time. The first is a switch to proof-of-stake mining rather than its current bitcoin-style mining.

By itself, this won’t deliver huge benefits, but when combined with a “sharding” system, Ethereum is expected to improve its speeds about a hundred-fold, with further increases as home computer hardware gets more powerful. In the long run, this might work without sacrificing decentralization.

The scaling trilemma is an inherent part of blockchain architecture, so some are looking for a way to go beyond it entirely. There are a relatively small handful of these coins, the best known of which are probably IOTA and Nano.

Both of them use a directed-acrylic-graph (DAG) style system. This might be thought of as a blockweb rather than a blockchain.

Nano, for example, gives each account its own separate blockchain, combined with a way of sending transactions from one chain to another. This lets an individual get more than enough speed for personal use, but means it’s still too slow for high volume institutional use.

Meanwhile, IOTA uses a system called the Tangle in which every transaction made also involves semi-randomly confirming two others. In this way, each transaction is eventually run across the entire network.

These come with their own problems though, the main one being that they’re extremely complex. This makes it harder to ensure effective security. In the case of IOTA, it’s also temporarily dependent on a centralized coordinator, until it gets large enough to maintain its own security in a decentralized environment.

Each cryptocurrency is designed for a different purpose, so there’s no perfect solution. Some, such as Ripple, might run quite satisfactorily in a semi-centralized environment.

It could even be beneficial to make sure a central authority can control the network to help bridge the gap between traditional banking and digital currencies. Others might not be able to make that trade off.

If one thing is clear though, it’s that great strides are being made in a lot of different ways, and the scaling trilemma isn’t an unsolvable problem. DAG cryptocurrencies show a lot of promise, but established blockchain systems that effectively implement their own scaling solutions might end up being more resilient, and compatible with a wider range of other systems, than the more exotic answers.