Cryptocurrencies do not rival gold: report 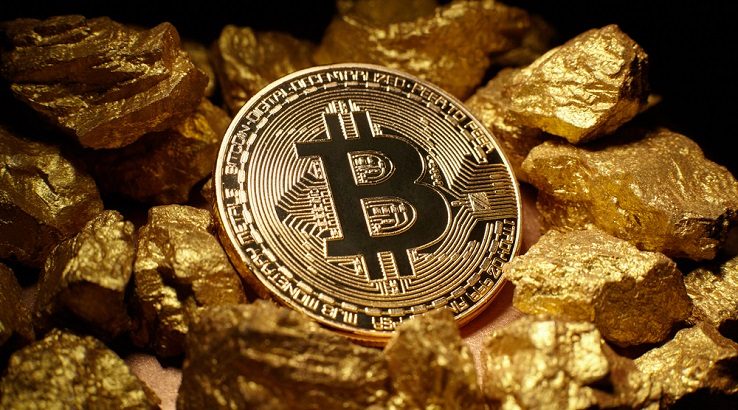 In the gold market, players are exploring blockchain in the context of transforming gold into a “digital asset”.

The World Gold Council has refuted remarks from industry and social commentators that cryptocurrencies could replace gold as a leading global asset, despite acknowledging bitcoin’s “parabolic price rise” in 2017.

The World Gold Council is the market development organization for the gold industry. Its aim is to stimulate and sustain demand for gold, provide industry leadership and be the global authority on the gold market.

In a research report published on its website, the Council recognized that “cryptocurrencies may become an established part of the financial system” but that these new digital assets were very different from gold.

The document noted that gold’s value increased a “solid 13%” year-on-year in 2017. However, the research distinguished that this “was a fraction of the 13-fold increase of bitcoin by the end of the year”.

The research listed a number of significant differences between gold and cryptocurrencies:

“These characteristics underpin gold’s role as a mainstream financial asset that will likely continue to resonate in today’s digital world,” the World Gold Council said.

Melting down the notion of increased competition

At a high level, there are some similarities between the supply profile of gold and cryptocurrencies, according to the World Gold Council’s analysis. The stock of bitcoins, for example, increases in number at a rate of approximately 4% per annum, and is engineered to slowly decline to zero growth around the year 2140.

Although gold can be mined without a date limit, its production rate remains small and steady. Around 3,200 tonnes of gold have been mined on average, each year, adding about 1.7% to the world’s total mined stocks.

Around 80% of all bitcoin supply has been mined, with 4.2 million coins remaining until the total is exhausted. There is a supply cap of 21 million bitcoins. This rarity helps boost demand and can increase an asset’s value.

The research also noted that there isn’t “any quantifiable evidence” that gold holdings are directly suffering as a result of competition from cryptocurrencies. For example, the weakness in physical demand throughout 2017 for American Silver Eagles coins can largely be explained by “the steady march higher of the S&P 500 Index”.

“Overall, the level of the gold price in 2017 appears to be consistent with drivers of the past few years and is showing no signs of suffering from crypto-competition,” the research said. The report said growth in competition among digital currencies – over 1,400 now exist – might have “devastating effects” on their value and supply.

Supporting the technology behind the crypto-craze

The research report suggests that blockchain technology, the distributed ledgers that support, monitor and settle all cryptocurrency transactions, is “genuinely innovative” and may have wide-ranging applications.

“In the gold market, various players are exploring blockchain in the context of transforming gold into a ‘digital asset’, tracking gold provenance across the supply chain, and introducing efficiencies into post-trade settlement processes,” the research noted. “Such applications are typically built on private blockchains, operated by trusted parties rather than using bitcoin or other public blockchains.”

Final thoughts on the future

“In our view, bitcoin and cryptocurrencies more generally are not a substitute for gold,” the report summarized. “Gold is a tried and tested effective investment tool in portfolios. It has been a source of returns rivaling that of the stock market over various time horizons; it has performed well during periods of inflation; it has been a highly liquid, established market; and it has acted as an important portfolio diversifier, exemplifying negative correlation to the market during downturns.”

“The crypto-market is young, and liquidity is scarce. Its price behaviour at this point, while still attractive to many investors, seems to be driven by high return expectations.”