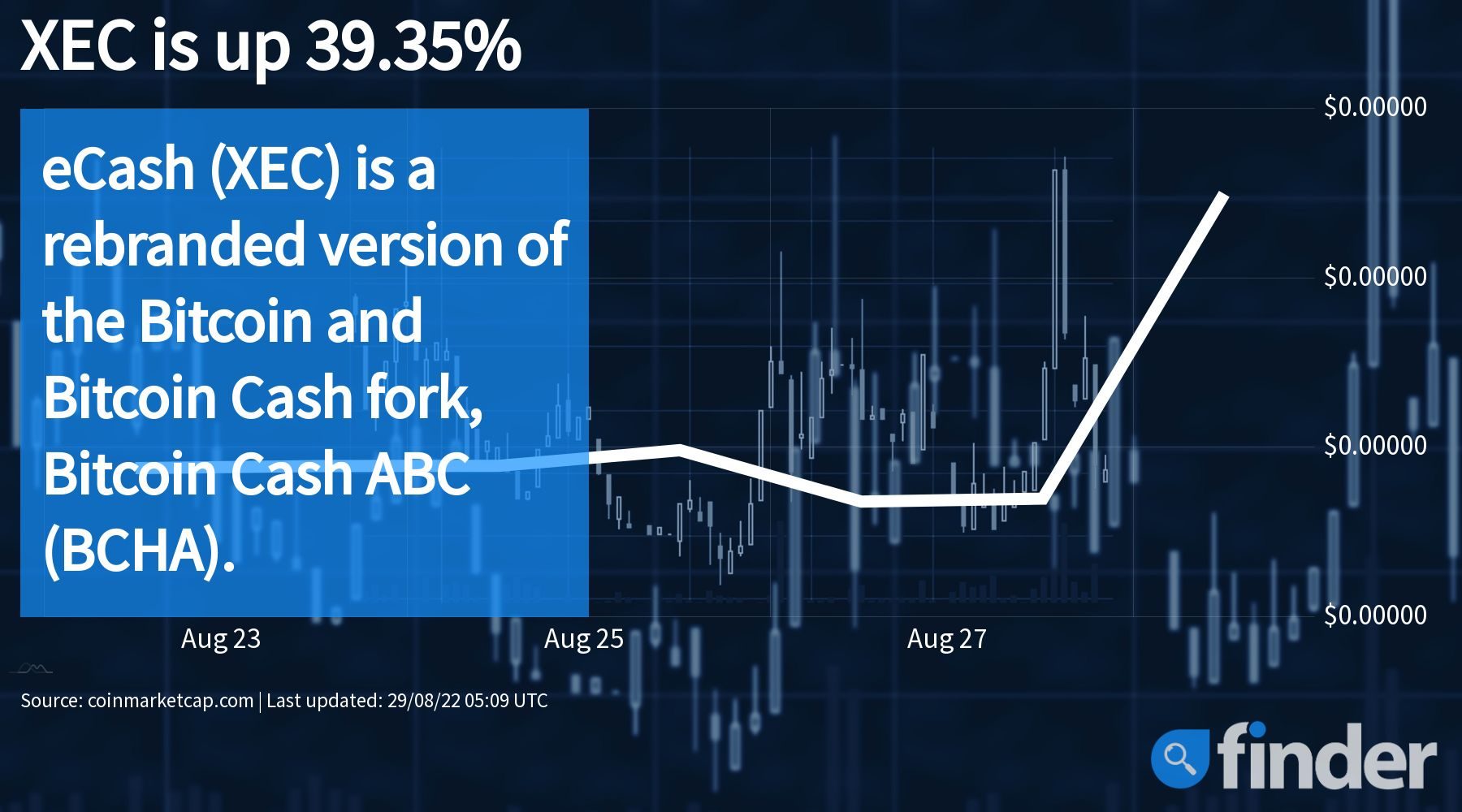 Bitcoin pulled most cryptocurrencies lower as it broke a strong support level.

Trading volume over the last 24 hours was 26% higher than the recent seven-day average, which means more long positions were liquidated.

Bitcoin is the biggest coin by market cap, and its price changed by -1.03% over the past 24 hours.

The second most valuable crypto, Ethereum, saw its price change by -2.89%. Ethereum’s market cap is 36.49% of Bitcoin’s total value.

eCash (XEC) is a rebranded version of the Bitcoin and Bitcoin Cash fork, Bitcoin Cash ABC (BCHA). Its token is used as electronic cash to pay for goods and services.

The recent gain accompanies an announcement at the Electronic Cash Conference that said Avalanche Post-Consensus will launch on XEC’s mainnet on 14 September.

Synthetix (SNX) is a decentralized finance (DeFi) protocol that gives on-chain exposure to various crypto and non-crypto assets. Its “synths” track other assets and let users profit without trading the underlying asset.

The price climbed as founder Kain Warwick submitted a proposal for an SNX supply cap at US$300 million.

Litecoin (LTC) is a fork of Bitcoin with several differences that help it offer fast and inexpensive payments. Its LTC token is used to transmit value and reward LTC’s miners.

The price’s appreciation may connect to a Litecoin tweet hinting at a Litecoin Visa card.

Avalanche (AVAX) is a layer-1 (L1) network focused on scalability and transaction processing speed. It uses the AVAX token to pay fees, secure the platform through staking and account between subnets.

The recent loss follows a weekend controversy over AVAX allocating funds to a legal firm. The allegations argue that firm Roche Freedman was paid to attack AVAX’s competitors.

EOS (EOS) is a platform that allows developers to build decentralized apps (dApps). It prioritizes ease of use, enterprise flexibility and compliance, consumer security and scalability.

The price fell after the release of EOS’s DeFi liquidity incentive program Yield+.

Flow (FLOW) is an L1 blockchain created by the team behind CryptoKitties, Dapper Wallet and NBA Top Shot. It uses its FLOW token for payments, network reserves, participation, fees and governance.

The price is falling after FLOW announced observer nodes that will allow anyone to run a node on FLOW. This increases the network’s decentralization.