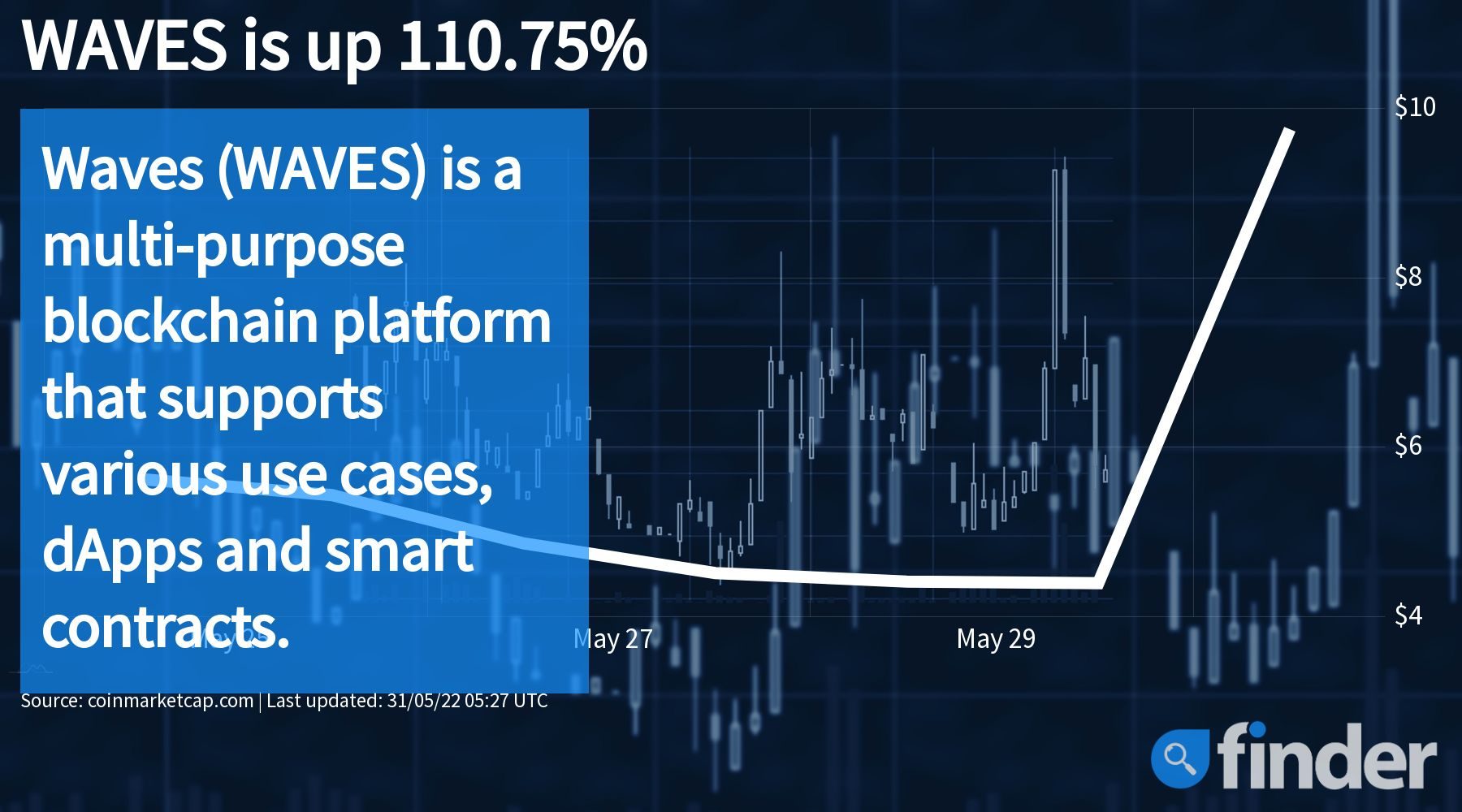 The overall crypto market is up 2.70% in the past 24 hours. Waves and Axie Infinity dominated among the top 100 cryptocurrencies.

The crypto market moved higher, following the stock market rally. After three weeks of trading around $30,000 and below, Bitcoin has finally moved over $31,000, pulling most altcoins with it.

Overall, the crypto market saw prices change by 2.70%, which is a continuation of the two-day rally.

Trading volume over the last 24 hours was 39% higher than the recent seven-day average, meaning traders and investors are getting back in.

Bitcoin (BTC) is the biggest coin by market cap and its price changed by 3.20%. Bitcoin now represents 44.9% of the overall market cap of the 200 biggest coins.

Bitcoin pushed above $31,000 for the first time since it crashed from $40,000. After weeks of trading in a narrow range around $30,000, this move could be a good news for Bitcoin bulls. However, the downward momentum still holds. This could be a relief rally before we see another attempt to break lower.

The second most valuable crypto, Ethereum (ETH), saw its price change by 3.67%. Ethereum’s market cap is 39.97% of Bitcoin’s value.

Ether bounced back to $2,000, but the resistance holds for now. We need to see the price move higher and hold if we are to see another test of $2,500.

Waves (WAVES) is a multi-purpose blockchain platform that supports various use cases, including decentralized applications (dApps) and smart contracts. The WAVES token is an uncapped supply token used for standard payments such as block rewards.

The recent gain accompanies the WAVES team’s announcement of a revival plan.

Axie Infinity (AXS) is the governance token of a blockchain-based trading and battling game.

Helium (HNT) is a decentralized blockchain network for Internet of Things (IoT) devices. Launched in 2019, its mainnet allows low-powered wireless devices to communicate and send data.

The biggest faller in the 100 biggest coins was XDC Network (XDC). Its drop over the last day was 3.50%. After the fall, XDC is now the 84th biggest coin with a market cap of US $532 million.

The recent loss has no connection to any news.