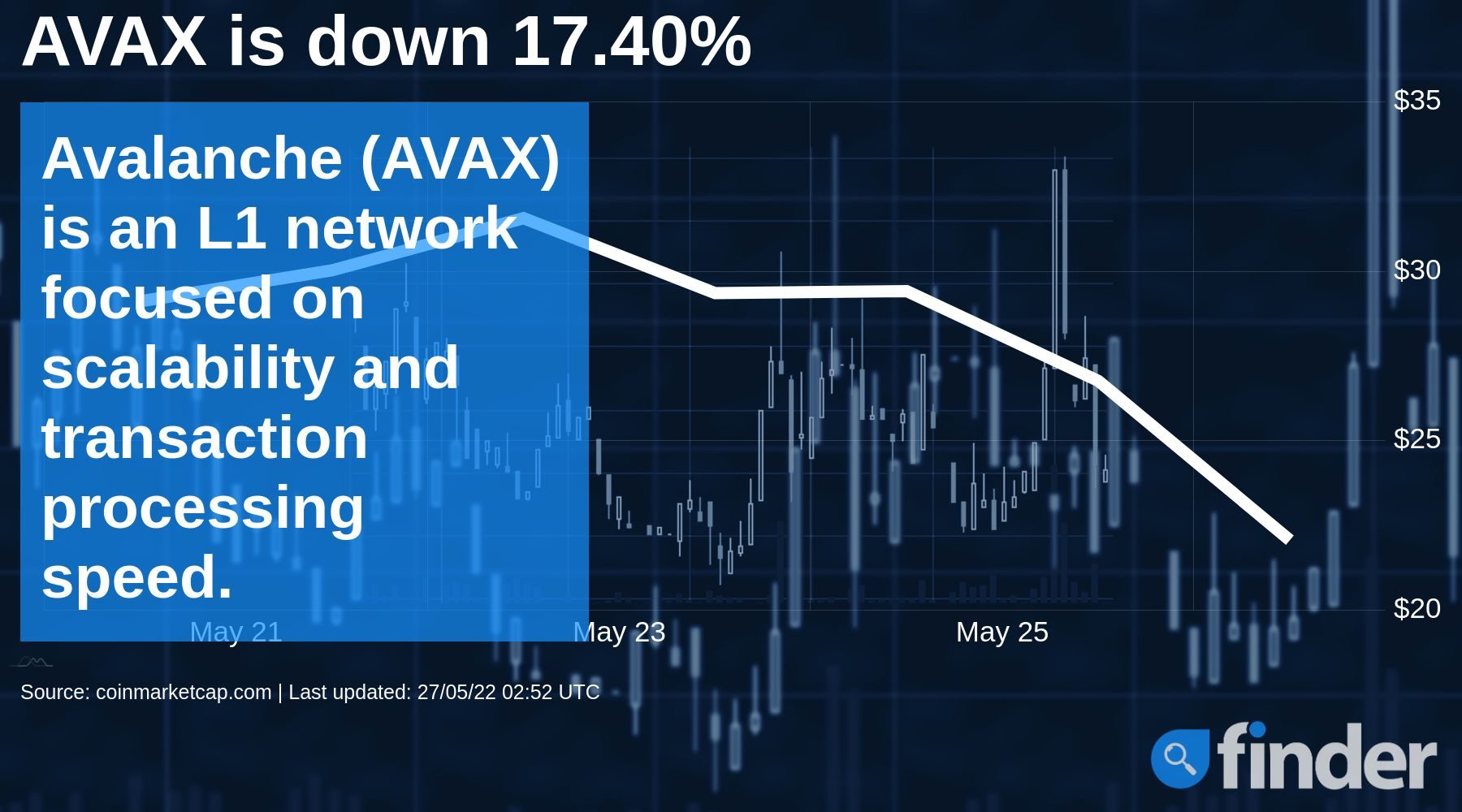 The overall crypto market is down 4.15% in the past 24 hours. All cryptocurrencies in the top 100 sank.

Most cryptocurrencies followed Bitcoin lower as it pushed down to $28,000. The downward pressure still remains even though many indicators flash oversold.

Overall, the crypto market saw prices change by -4.15%, which is a similar drop to what we’ve seen in the past two weeks.

Trading volume over the last 24 hours was 16% higher than the recent seven-day average, which shows more positions were opened and closed.

Bitcoin (BTC) is the biggest coin by market cap and its price changed by -1.99%. Bitcoin now represents 45.09% of the overall market cap of the 200 biggest coins.

Bitcoin moved as low as $28,000, pulling most altcoins down with it. The price recovered later in the day but the downward pressure is still strong.

Not a single cryptocurrency in the top 100 by market cap made any gains in the past 24 hours.

The biggest loser in the 100 biggest coins was Avalanche (AVAX). Its drop over the last day was 17.40%. After the fall, AVAX is now the 15th biggest coin with a market cap of US $6.2 billion.

Avalanche (AVAX) is an L1 network focused on scalability and transaction processing speed. It uses the AVAX token to pay fees, secure the platform through staking and account between subnets.