Compare costs, fees and where to get financing for a Century 21. 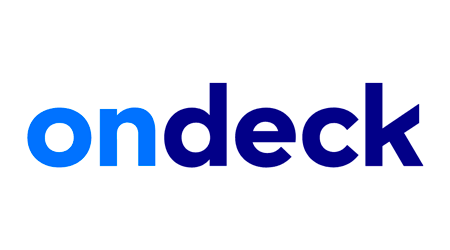 Find out more Go to site
Overall costs for Century 21 run anywhere from $9,700 to $119,050. See how the costs break down and what funding options might be right for your new venture into the franchise foray.

Our cost estimates are accurate as of 2022 from Franchise Direct and include opening fees and expenses only. The location you choose for your Century 21 franchise may result in higher or lower fees.

Advertisement and marketing costs total up to $5,000 for Century 21, beating out the nationwide average of $9,938.

Initial insurance costs for Century 21 run $1,500. This means you'll be paying less than the overall nationwide average of $6,311.

Uniforms, name tags and the like make up personnel costs, and for Century 21 it will run you $450. The nationwide average cost of personnel fees comes in at $22,818, which means you'll be paying less to outfit your employees.

Miscellaneous expenses for Century 21 total $375 — less than the nationwide average of $69,970. All costs were found using the 200 largest franchises nationwide using Franchise Direct's list of more than 300 franchises, and are accurate as of 2022.

Since the estimated total for Century 21 is on the more costly side, we recommend following these steps to get fully financed:

What types of financing is available?

Consider one of the following options for covering a portion of the costs to open a Century 21. Also check if Century 21 franchise financing is available. You may be able to get some of the costs covered for less than you would with other traditional funding options.

You may not need financing to cover the estimated $9,700. But if you need funds for other business ventures, select the loan amount, your time in business and revenue and your personal credit score to compare a selection of lenders.
Data updated regularly

How Century 21 stacks up

Compare how Century 21 holds up against two similarly sized franchises.

Century 21 franchise costs run a total of $64,375. Before you decide to become a franchisee, compare the total costs against industry averages. And to learn more about financing read our guide to franchise financing.
Was this content helpful to you?
Thank you for your feedback!

Rhys Subitch is the loans editor at Finder, guiding Americans toward smart borrowing decisions. With over half a decade of experience researching, editing and writing for a Fortune 500 company, university and several independent publications, Rhys brings readers the most up-to-date and curated info in the lending sphere. They make frequent appearances on Finder's YouTube channel to talk through loan topics that range from the very basics to the latest government assistance programs. Before specializing in lending, Rhys was a personal finance writer for Finder’s credit cards, insurance, banking and mortgage verticals. They hold a BA in sociology and a certificate in editing from the University of Washington, Seattle.