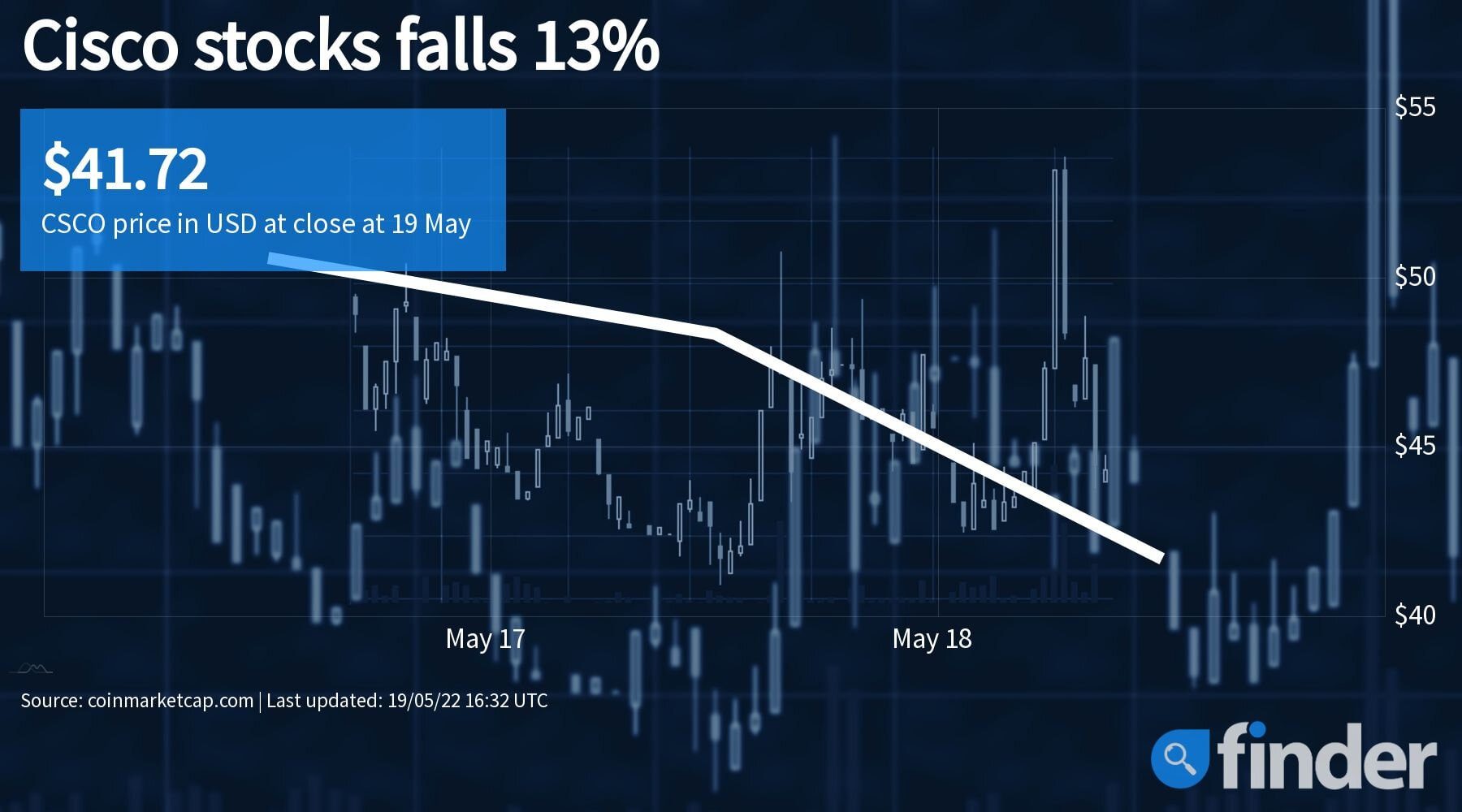 The networking hardware company reported mixed earnings and expects sales to decline in the current quarter because of supply chain disruptions. How should investors react?

Cisco Systems (CSCO) stock took it on the chin Thursday, a day after reporting an unexpected sales decline for the current quarter. This comes as the company also reported third-quarter fiscal 2022 sales that came in lower than expected.

Cisco said Wednesday that it expects fourth-quarter sales to decline between 1% and 5.5% from the same period last year, while analysts were looking for revenue growth of about 6%, according to data from Yahoo Finance.

That downward guidance, which the company blamed on supply chain issues, the Ukraine conflict and the latest COVID outbreak in China, reflects what a lot of companies have said this earnings season. With no word on when these issues might ease, Wall Street has been in a selloff.

Shares of Cisco traded lower in after-hours trading Wednesday and continued their losses Thursday, dropping as much as 15%. The stock closed Thursday at $41.92, down 13% for the day.

Revenue for the quarter came in flat at $12.8 billion, lower than the 3% to 5% year-over-year growth Cisco estimated in February and below the $13.4 billion Wall Street analysts were expecting. Cisco blamed COVID lockdowns in China, the extra week in last year’s third quarter and the Ukraine war for impacting its revenue.

Cisco ceased its business operations in Russia and Belarus in March, which negatively impacted its revenue by about $200 million in the quarter, or roughly 2 percentage points of growth. The company said its business in Ukraine, Russia and Belarus have collectively represented approximately 1% of its total revenue in the past but that the decline was larger because of additional charges to revenue the company recorded for uncollectable receivables.

“We did not have a plan for a country to shut down,” Cisco Chair and CEO Chuck Robbins said during an earnings call with investors Wednesday. “And so it takes time to go out and create that geographic resilience.”

The company also said it saw a dropoff of about 3 percentage points compared to the same quarter last year, which included an extra week.

Cisco said Wednesday that it expects the revenue impact of the war in Ukraine and the COVID-related uncertainty in China to continue into the current quarter. The company is positioning for a possible sales decline of between 1% and 5.5%, a guidance range Robbins acknowledged was “wider than usual” during Wednesday’s call.

The disappointing first-quarter sales and guidance triggered investors to flee the stock Thursday, driving it to a new 52-week low and its lowest level since late-2020.

But are investors punishing the stock more than it deserves?

Cisco said Wednesday that its revenue performance in the upcoming quarters is less dependent on customer demand and more dependent on the availability of supply in what’s becoming an increasingly complex environment, referring to the lockdowns in Shanghai.

When asked about the $1 billion shortfall in fourth-quarter guidance, and whether it was a concern about demand or all on the supply side, Cisco Executive Vice President and CFO Scott Herren said “Zero. There is no demand impact in our Q4 guide. 100% supply.”

Thirteen analysts downgraded their price targets for Citi stock Thursday on the news. Of these 13 analysts, the average price target is $50.69.

Looking ahead, investors have to contend with the short-term uncertainty of whether Cisco can sustain demand amid supply chain constraints. Assuming these issues fade away eventually, the long-term prospects of the stock are likely still intact.