20 books, podcasts and films about Chinese-American history and culture

These collections cover the contributions Chinese Americans have made to modern America, as well as the struggles they’ve endured.

Chinese Americans were considered a threat to the US and marginalized long before the arrival of COVID-19. Xenophobia and racism against this social group date back to the 1800s, when they were called a “yellow peril” — unclean and unfit for American citizenship.

Since this part of American history is seldom talked about, we curated a list of books and media that help paint a fuller picture of the history of Chinese Americans, including the issues they faced in the past and are still struggling to overcome today. These collections include texts and films that have resonated with me, my family and friends, as well as bestsellers, award-winners and works by noted historians.

This compilation is not an exhaustive list by any means and is only a start to prompt real conversations and pay tribute to an integral part of American history.

These historical writers provide a fresh perspective about early Chinese immigrants and their life in America. 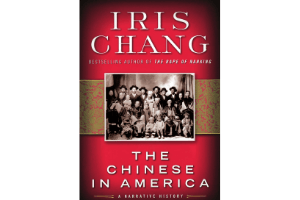 The Chinese in America: A Narrative History by Iris Chang

This panoramic narrative begins in the early 1800s. Iris Chang tells the story of a people’s search for a better life in a foreign land and their journey battling racist, exclusionary law as they try to forge an identity in America. It offers a comprehensive history accompanied by individual anecdotes from Chinese Americans.

Buy The Chinese in America on Amazon 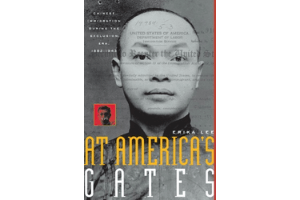 At America’s Gates: Chinese Immigration During the Exclusion Era by Erika Lee

The Chinese Exclusion Act of 1882 triggered the first movement in American history to exclude a group of people based on race and class. Erika Lee uses a wealth of historical sources, including recently released immigration records, to dissect the relationship between Chinese immigrants and the American immigration officials that sought to exclude them — which consequently shaped the US into a gatekeeping nation.

Buy At America's Gates on Amazon 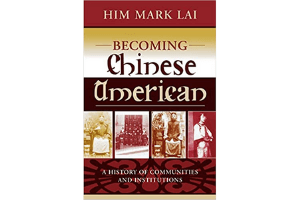 Becoming Chinese American: A History of Communities and Institutions by Him Mark Lai

Him Mark Lai, a noted Chinese-American scholar, begins the volume of essays with a historical summary of Chinese emigration to America. Instead of focusing on the discrimination that they faced, Becoming Chinese American delves into the formation of a Chinese American community as it maneuvered its way in a racially charged environment. His essays offer a critical discussion of the key community institutions, politics, newspapers and Chinese-language schools evident in early Chinese American life. Ghosts of Gold Mountain: The Epic Story of the Chinese Who Built the Transcontinental Railroad by Gordon Chang

Winner of the Chinese American Librarians Associations Best Book Award, Ghosts of Gold Mountain focuses on the Chinese workers who constructed the Transcontinental Railroad. Since this history often dangles on the fringes of American memory, Gordon Chang, a Stanford American History professor, endeavored to recover the untold stories of Chinese railroad workers and pay tribute to their role in forging modern America.

These reflective pieces offer a glimpse into the personal histories and experiences of Chinese Americans. 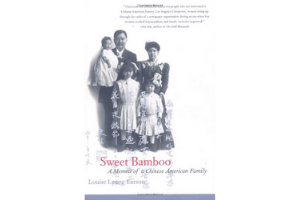 Sweet Bamboo: A Memoir of a Chinese American Family by Louise Leung Larson

While most books focus on the struggles and experiences of working-class Chinese immigrants, this memoir follows a Chinese family that built a life in a relatively affluent, predominantly white neighborhood of Los Angeles at the turn of the century. Sweet Bamboo weaves together the stories of several generations and how they adapted to two cultures with an acute awareness of their Chinese-American identity. 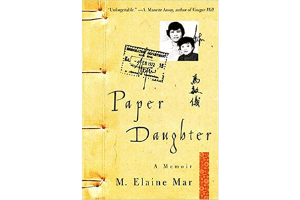 This memoir is an unshrinking, stinging look at the American dream. M. Elaine Mar recounts how she and her mother left Hong Kong at the age of five to join her father in Denver. From racially-driven bullying in the schoolyard to her lonely arrival at Harvard University, Mar’s story is painful and brutally honest as she tries to navigate being Chinese with her family and an American at school. 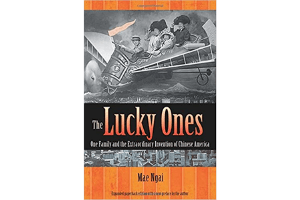 The Lucky Ones: One Family and the Extraordinary Invention of Chinese America by Mae M. Ngai

Mae M. Ngai, a US legal and political historian, chronicles the Tape family’s account as the first middle-class Chinese Americans. Mamie Tape was only seven years old when she battled racial segregation in school, sparking the 1885 landmark California Supreme Court case Tape v. Hurley. The Lucky Ones presents the notion that because Chinese immigrants often did not identify with the Far East but were not granted full rights as Americans, they started their own way of living, essentially inventing Chinatown.

Buy The Lucky Ones on Amazon

These authors shed light on how Chinese Americans were not afforded rights as US citizens based on their race. 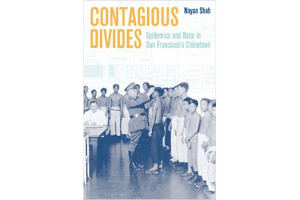 Nayan Shah charts the presentation of Chinese immigrants amid public health crises and cultural politics. Contagious Divides touches on racism and the preconceived notion that Chinese Americans were carriers of all types of disease, including the bubonic plague. Shah goes on to show how Chinese American activists responded to health regulations and allegations that demonized the Chinese. The Opium Debate and Chinese Exclusion Laws in the Nineteenth-Century American West by Diana L. Ahmad

America decried opium-smoking in the mid-19th century. Although only a small minority of Chinese immigrants in America were involved in the opium business, this major social and public health problem fueled racism and demands to remove Chinese Americans from American life. Diana Ahmad analyzes the evolution of the Chinese Exclusion Act of 1882 and the racism present in American politics during this time.

Buy The Opium Debate on Amazon 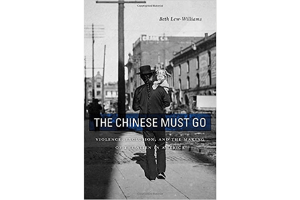 The Chinese Must Go: Violence, Exclusion, and the Making of the Alien in America by Beth Lew-Williams

The book begins in the 1850s before the anti-Chinese movement erupted in the US. But soon after, Chinese workers began to face racial conflict, unrest and extreme violence. Beth Lew-Williams explores the cycle of how American immigration policies incited violence, such as the massacre of Chinese miners in the Wyoming Territory, which in turn prompted new exclusionary policies. Studying the exclusion of the Chinese in US history helps cast light on the struggles Chinese Americans still face today.

Buy The Chinese Must Go on Amazon

This collection confronts dangerous stereotypes of Chinese Americans and their responses: American Born Chinese is a graphic novel that was nominated for a National Book Award and won the American Library Association’s Printz Award. This modern fable weaves three stories into one. It tackles the ultimate Chinese stereotypes and how Chinese Americans wrestle with cultural identity in a new environment. Asian American Dreams: The Emergence of an American People by Helen Zia

The daughter of Chinese immigrants, Helen Zia wrote this book with a front-row seat to life as an Asian in America. In it, she tackles rampant stereotypes of several Asian groups in the US. Zia also discusses Vincent Chin, a Chinese American draftsman who was murdered in cold blood by two white auto workers who believed he was Japanese and responsible for the success of Japan’s auto industry and subsequent unemployment for automakers in the US. His death shocked Asian Americans into motion and ignited a fight for Asian-American rights. 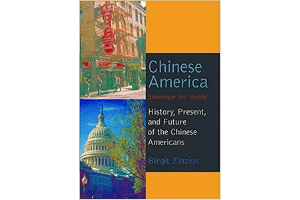 This textbook covers over 150 years of Chinese-American history and follows the development of the Chinese as a social group. It offers a trove of data and information, including historical immigration records and hundreds of tables and graphs. Birgit Zinzius studies the achievements of this unique ethnicity against the backdrop of extensive racism and stereotypes.

These texts help little ones to understand their family’s heritage and deal with some of the unique challenges of being a Chinese American: 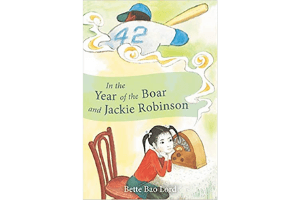 In this illustrated children’s book, 8-year-old Shirley Temple Wong emigrates to America without speaking any English. But she falls in love with baseball and the great Jackie Robinson, which helps her get a grip on American culture. 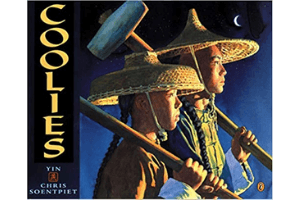 Inspired by real events, Coolies follows two brothers, Shek and Little Wong. It depicts the hardships they faced as Chinese railroad workers in America, including exhausting physical labor and discrimination, and celebrates their endurance and bravery. 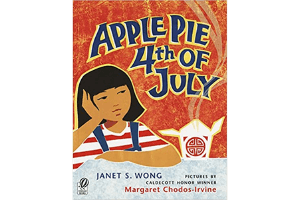 In this children’s book, a second-generation Chinese American is embarrassed when her parents cook Chinese food to sell on July 4th. Janet Wong portrays how it feels to straddle between two worlds and shows what it means to be American while still embracing your family’s heritage and customs.

From comedies to heart-wrenching dramas, these thought-provoking storylines inspire a further examination of Chinese-American history and experiences. 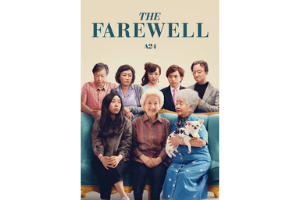 This Chinese-American narrative shows the family dynamic of a first-generation American, Billi, who returns to China because she finds out her grandmother is terminally ill. It marries universal family dynamics with Chinese culture, making it relatable to a broad audience.

Watch The Farewell on Amazon The Joy Luck Club follows four Chinese immigrant women who each have a Chinese-American daughter. Watch along to uncover each of the older women’s pasts and see how members of the club attempt to reconcile Chinese and American culture clashes and generational differences. Nominated for two Golden Globes, Crazy Rich Asians is a romantic comedy that follows a Chinese-American NYU professor, Rachel Chu, as she meets her boyfriend’s family in Singapore. The film tackles class differences, cultural struggles and how many Asian Americans feel when returning to the country of their heritage — unable to belong to either world. While not exclusively Chinese American, this podcast collection focuses on issues that Asian Americans face and incorporate stories about their cultural history and modern struggles.