CFTC: Cryptocurrency may have prevented GFC 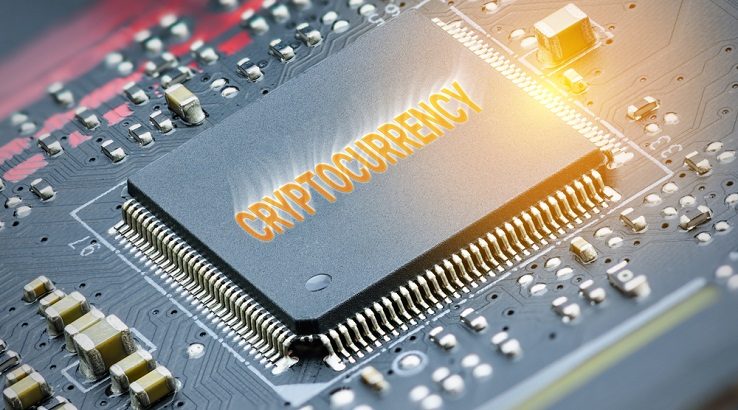 Giancarlo’s bullish crypto testimony to the Senate Banking Committee was both forward looking and retrospective.

CFTC Chairman J. Christopher Giancarlo is scheduled to present his take on cryptocurrency and regulation to the US Senate Banking Committee. The pre-released written testimony (part 1 and part 2, PDF) shows a bullish take, in which Giancarlo has decided that cryptocurrency is the way of the future, ready or not.

We are entering a new digital era in world financial markets. As we saw with the development of the Internet, we cannot put the technology genie back in the bottle. Virtual currencies mark a paradigm shift in how we think about payments, traditional financial processes, and engaging in economic activity. Ignoring these developments will not make them go away.”

In his speech, Giancarlo cites potential savings of hundreds of billions of dollars, and pays specific attention to the potential of distributed ledger technology (DLT), commonly referred to as “the blockchain.”

“DLT is likely to have a broad and lasting impact on global financial markets,” he says. Blockchain style distributed ledger technology “could eventually allow financial institutions to save as much as $20 billion in infrastructure and operational costs each year… and cut capital requirements by $120 billion.”

He points to a recent trade, in which commodities merchant Louis Dreyfus and a group of financing banks completed the first blockchain-based agricultural deal to sell 60,000 tons of US soybeans to China. Beyond the financial industry, he also cites blockchain applications in law, logistics, charity, civic management and many more.

But as a regulator, it might come as no surprise that Giancarlo homed in on one specific application, and how the blockchain might have changed history by arriving a little bit sooner. Bitcoin was officially released in 2009, showing off the blockchain for the first time. But the global financial crisis arrived in 2008, just a year earlier.

What a difference it would have made on the eve of the financial crisis in 2008 if regulators had access to the real-time trading ledgers, rather than trying to assemble piecemeal data to recreate complex, individual trading portfolios.”

“I have previously speculated that, if regulators in 2008 could have viewed a real-time distributed ledger (or a series of aggregated ledgers across asset classes) and, perhaps, been able to utilize modern cognitive computing capabilities, they may have been able to recognize anomalies in market-wide trading activity and diverging counterparty exposures indicating heightened risk of bank failure.” Giancarlo says.

“Such transparency may not, by itself, have saved Lehman Brothers from bankruptcy, but it certainly would have allowed for far prompter, better informed, and more calibrated regulatory intervention instead of the disorganized response that unfortunately ensued.”

How the blockchain could have prevented the global financial crisis

DLT could essentially have allowed regulators to get an accurate, tamper-proof and 100% up to date overview of the market situation in the months leading up to the global financial crisis. This information could have been used to shape policy and avoid the crisis before it happened.

What happened instead was that all the information was somewhere, but it was stored in multiple formats and multiple places across a range of institutions, with varying degrees of reliability and accuracy. Even if a regulator could immediately assemble all the available information at will (which they couldn’t), it would still have been a patchwork mess of out of date records, lost data, typographical errors and other issues.

This became apparent as governing bodies scrambled to contain the crash. Actually gathering the required data was slow and difficult, while assembling it in a cogent pattern to effectively inform policy decisions was almost impossible.

By contrast, a DLT system can automatically “transcribe” the relevant information onto the blockchain in real time. When the information is updated or changed, that’s also part of the record. This level of consistency also means the data can be easily assessed by automated systems, especially these days with the “modern cognitive computing capabilities” Giancarlo mentions, in order to highlight significant risks and patterns.

This type of capability is also how so many industries, especially financial, legal and logistics — where paper trails are an essential but painful resource drain — can save billions by embracing the blockchain.

Giancarlo specifically points out how DLT systems could have:

Prevented the global financial crisis (GFC) before it happened

The amount of toxic debt and exposure from the housing bubble would have been very apparent to speculators and regulators alike. One of the problems was that the risks were hidden away in separate pieces across hundreds of different financial institutions, which made it hard to see the big picture and determine the real extent of the bubble.

But with the necessary information available on DLT rather than in bank silos, it’s possible that markets would have responded more appropriately and refrained from pouring so much money into what would have quite obviously been a bubble.

Helped regulators effectively respond even if it didn’t prevent it

If nothing else regulators and policymakers would have been able to quickly collect and analyze the required data, and know exactly how confident they should be in its accuracy by knowing for sure whether it’s ever been tampered with, and whether it’s up to date.

This kind of information could have allowed for more effective crisis management.

How can be the blockchain be transparent while simultaneously keeping sensitive information private?

DLT can be very flexible, and it’s possible to transparently share the required information with the entire world, while also keeping the sensitive information private. It can also do this much better than existing systems. In fact, some cryptocurrencies such as Civic (CVC) are especially designed to manage information securely and as needed.

Firstly open source and decentralised systems such as DLT can be mathematically proven to be secure, unlike almost any other software. This can minimize, or even eliminate, the chance of hack attacks and similar.

Let’s say you wanted to find out:

Even if you can get the data, you’ll need to make sure you handle it with care because it contains a lot of sensitive information. Anonymizing the information and removing the sensitive parts would be a time consuming and expensive process for most banks, and might take months in some cases. You’d probably need to do this individually at hundreds of different banks.

And that’s just for the customer information. If you want to find out how much exposure each bank has, you’re looking at another can of worms entirely.

This kind of information would have been invaluable for a regulator trying to prevent a housing crisis, but it was almost impossible to get even after the fact.

The necessary information can be automatically put on a DLT. It can hold both the confidential and public information, while making different parts publicly available, selectively available or completely private as needed.

For example, there might be a publicly available record of every single mortgage in the USA, including the amount initially taken out and left owing. To prevent this sensitive data from being tied to any individual, it might be completely anonymized, and detatched from any other information.

This could be automatically created whenever someone takes out a mortgage, and users can be 100% confident in its confidentiality and security. This might be a completely public list that anyone in the world can see.

The next step is crossing it with the annual income of each individual, without actually showing both the mortgage and income (which could be used to identify someone). You can do this with on-chain computations. Basically you can analyze data on blockchains without actually being able to access the data. The Enigma cryptocurrency is specially designed for this function.

You might choose to get the data as a “risk score” out of 100, which indicates how likely a person is to default on their mortgage based on their debt and income. Now you’ve just run a calculation on sensitive information and gotten a useful answer without actually revealing any of that sensitive data.

You can do the same again and again, and run calculations of any kind with any other kind of data on the blockchain, all without actually revealing or accessing any sensitive information. For example, you might then cross the risk scores with different banks.

Each bank might be able to access its own score, and the average score for the USA as a whole and its own state, but not actually see the score of any other bank. This lets them manage risks appropriately and get a sense of the state of the market, without giving up their own sensitive commercial data.