Get the cheapest car insurance in New Mexico for 2021

New Mexico’s average annual car insurance cost is $1,102.15 per year or about $92 per month, according to data from the National Association of Insurance Commissioners (NAIC). New Mexico drivers pay about $87 less than the national average, which stands at around $1,190.

The NAIC auto insurance database takes in to account policies with state minimum coverage as well as those with optional coverage like collision and comprehensive. Because car insurance costs depend on many factors, you could find your rates higher or lower than this average. 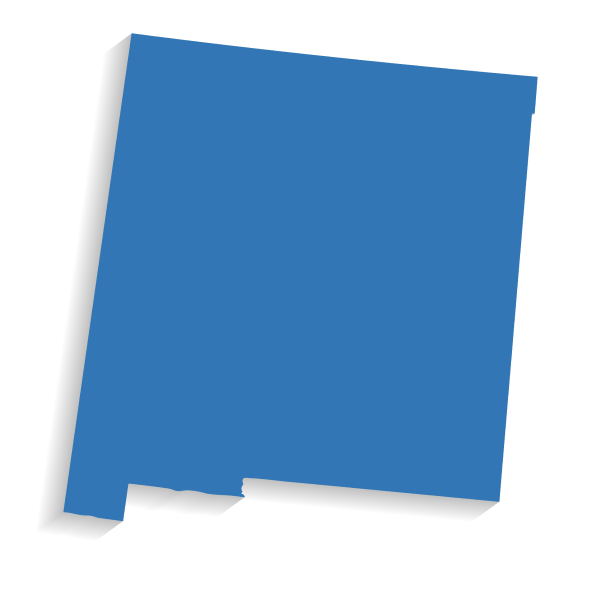 Average annual car insurance cost according to the NAIC

In at fault states, the driver who caused the accident pays for damages.

In New Mexico, each driver is required to buy at least liability coverage, and you’ll see the amount of liability required written as 25/50/10. New Mexico also requires you to carry uninsured or underinsured motorist coverage, although you can opt out if you submit a written request.

Let’s break down what’s covered with this state minimum coverage. 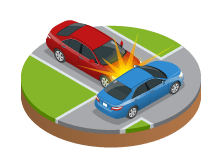 At a minimum for bodily injury liability, New Mexico requires you to carry 25/50, which pays up to $25,000 for injuries to one person and up to $50,000 total if you injure more than one person. This amount is a standard level of coverage that many states require.

Bodily injury liability applies to other drivers, passengers or pedestrians if you’re at fault in an accident. You want plenty of bodily injury coverage because you’ll pay out of pocket if the medical bills cost more than your insurance covers. 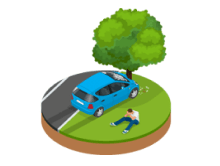 New Mexico requires at least $10,000 to pay for property damage that you cause. Property damage liability applies to the other driver’s car damage as well as damaged personal belongings or property like a smartphone, equipment, poles or fencing.

New Mexico stands at the lower end of state requirements for property damage. You should consider higher coverage to make sure your insurance will pay for all damage that you might cause. 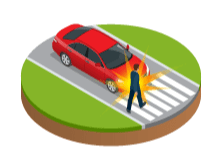 New Mexico lets you opt out of uninsured or underinsured motorists coverage, but consider keeping it for the added protection. This coverage applies to your car’s damage or injuries to you and your passengers if you get hit by a driver without proper insurance. It also applies if you’re on the receiving end of a hit-and-run.

Although New Mexico requires a standard level of coverage among the States, the liability limits required are low. Low coverage limits mean that you have a greater chance of paying out of pocket if medical bills or property damage cost more than your insurance will pay. Consider buying higher liability limits and adding optional coverage based on your budget and the protection that fits your driving needs.

Which city has the cheapest car insurance in New Mexico?

Of New Mexico’s largest cities, Farmington has the cheapest rates and Albuquerque has the most expensive car insurance rates. Albuquerque drivers could face rates 3 times more than Farmington drivers.

Because drivers in large cities are considered at a higher risk for accidents than people who live in suburbs or rural areas, these urban motorists tend to pay more for their coverage. You may see higher rates if you live in Albuquerque, which has more than half a million people, than out in Gallup, with its 22,000 residents or Silver City with 10,000.

If you have trouble finding coverage or were denied coverage because you’re a high-risk driver, the Western Association of Automobile Insurance Plans (WAAIP) can help.

WAAIP assigns you an affordable provider who won’t deny you based on risk. Any additional risk you pose to the insurer is spread across the WAAIP network.

Can I get SR-22 insurance in New Mexico?

You won’t need to file for SR-22 insurance in New Mexico unless you’re moving to New Mexico with an out-of-state SR-22. You might need an SR-22 if you’ve gotten a DUI, lost your license or have too many violation points on your driving record. An SR-22 filing tells the state you have the minimum coverage required to get back behind the wheel.

Consequences of a DUI

New Mexico is working to minimize drunk driving within its borders, using both educational initiatives and strict enforcement of the law to deter people from driving when they shouldn’t. Here are the consequences for driving impaired in New Mexico:

New Mexico considers repeat offenders to be at high risk for committing the crime again after they’re released, so these drivers are often required to complete additional drug testing and treatment programs.

What happens after a car accident in New Mexico?

Car accidents can be unsettling and scary, even if you’re in a small fender bender. Stay calm and follow these steps to keep your process as simple and safe as possible.

Who’s at fault after an accident?

New Mexico is an at–fault, or tort, state. If you’re found at fault for an accident, you’re required to pay for the damages, including any potential medical bills to those injured. Victims have the right to further pursue compensation for lost wages and any “pain and suffering” caused by the accident.

When should I report an accident to the authorities?

The general rule of thumb is that when property damages exceed $500, or whenever someone is injured, you should let the police know. If another driver insists on involving police, you’re required to remain on the scene until the officers arrive and tell you it’s OK to go — otherwise you can potentially be charged with fleeing the scene of an accident.

If you’re being charged with a crime after a car accident, such as reckless driving or negligence, you’ll most likely want to seek legal help. Even if you’re never officially charged or taken to court by the state or the other driver in the crash, a good lawyer can guide you through how to protect yourself and next steps to take.[/fin_hide]

With New Mexico’s mandatory insurance laws and a relatively high risk of encountering uninsured drivers, at least the bare minimum coverage is necessary to get on the road legally. It’s likely you can find car insurance for lower than the national average, and with the right tools and tricks, you can narrow down the best insurance rates you’re eligible for.

Andy Frakes was a writer for Finder, specialising in car insurance.