Compare car insurance after a DUI

How to get affordable car insurance after a drunk driving conviction.

A DUI isn’t the end of your time on the road, but it does mean it can be more difficult to find affordable car insurance. The bad news is that you can typically expect to pay higher premiums, but the good news is that not all insurers assess convicted drivers the same way.

How does a DUI affect car insurance?

While some insurance providers don’t place any significant premium increases on people convicted of driving under the influence of drugs or alcohol, other insurers won’t even offer coverage — or will only do so at a considerably higher price.

One of the main ways to find cost-effective car insurance is by shopping around. Drivers with DUIs can do the same, and shop around for a policy that has the right coverage at an affordable price, and fewer penalties for past offenses. There’s no one-size-fits-all approach, and getting multiple quotes from different insurers can help you see where you stand.

What are my car insurance options after a DUI?

Whether an insurance company will cover you after a driving conviction depends largely on its risk assessment style. In other words, different insurers will look at different factors when determining premiums.

For example, some might impose higher premiums on any driver with a previous DUI conviction — while another might raise costs based on how long your license was suspended, or not offer coverage until enough time has elapsed since your license suspension.

If you are unable to get insurance through a traditional carrier, you might have better luck with an insurance company that specializes in insuring high-risk drivers.

Flexible payment options and local agents make it easy for high-risk drivers to get covered.

If you’re convicted of a DUI or DWI, you might be required to file an SR-22 to legally get back behind the wheel. In Florida or Virginia, you’ll have to file an FR-44.

An SR-22 or FR-44 is a document that your insurance company files with your state as proof you carry an active policy that meets minimum liability requirements. In other words, it’s your official proof of insurance to legally get back on the road.

Most providers charge a fee of $25 to $50 to file an SR-22 on your behalf. But the real cost of an SR-22 is the impact it has on your car insurance premiums. After a serious driving violation, you’re considered a high-risk driver, which means you could be looking at thousands of dollars more on your premium for as long as you need an SR-22 or FR-44.

How much will my insurance go up after a DUI?

While estimates vary based on your state previous convictions, most drivers can expect their rates to go up by about 50%.

Ask an expert: Do car insurance rates go up after a DUI? 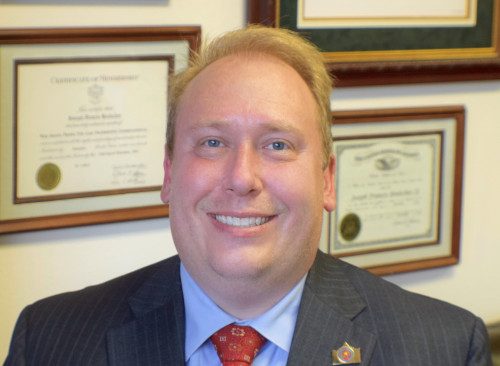 Most people don’t realize that even getting arrested or stopped for a DUI or DWI can affect insurance rates. A conviction isn’t required. This is because most states enforce laws requiring license suspensions and/or SR-22s for any drivers suspected of impaired driving. However, when a driver requests an SR-22 from their insurer, the insurer is likely to realize it’s for suspicion of DWI and react by raising rates or even refusing to renew coverage..

So, we advise our clients to obtain a “driver only” policy from a third party insurance company and request the SR-22 from them. Good DWI lawyers can often eliminate the negative driver history, prevent a license suspension, and avoid a conviction. In fact, sometimes we can have all of the records destroyed. However, it takes time, possibly years. So, by getting an SR-22 from a different insurer and through secondary coverage, drivers can protect their rates by not alerting their primary insurer to any problems before those problems have a chance to get resolved. It’s critical to do the process correctly, though, because adding coverage can be expensive and purchasing full coverage will cancel the primary coverage.

Compare SR-22 car insurance from companies near you.

How much does a DUI cost?

Your insurance premiums going up is going to likely be among the least of your financial worries after a DUI conviction. In total a DUI averages almost $3,300 for fines, towing, bail and court, license fees, alcohol education and other related costs — but keep in mind some states have significantly lower financial penalties than others.

How to compare rates after a DUI

The penalties for drunk driving vary between states, which can also interact with car insurance prices in different ways depending on the situation. For example, depending on whether it’s the first offense, which state you’re driving in and the situation at the time, driving with a BAC of 0.05% to 0.08% may only lead to a suspended license.

Other factors considered may include:

Insurers set premiums based on factors that are statistically known to affect the likelihood of claims, which generally reflects how risky the driver is. The exact factors considered and how they work them into the prices vary between companies.

How long will the DUI affect me?

There are many ways in which a DUI will impact you. You could lose your license; you could go to jail. And it will almost certainly cause your insurance rates to rise.

If you’ve been convicted of a DUI, it’s sure to impact your car insurance. Your insurer might drop you or raise your rates. But no matter the outcome, there are providers out there that will insure you. Take the time to compare your options to find the best one for your situation.

Jing Jun Ma is an innovations expert at Finder. With a decade of experience in digital marketing and programming, Jing is a tech and data guy. He wrangles data to make it useful for consumers facing a decision.