Can cryptocurrency and blockchain gambling kill the casino? 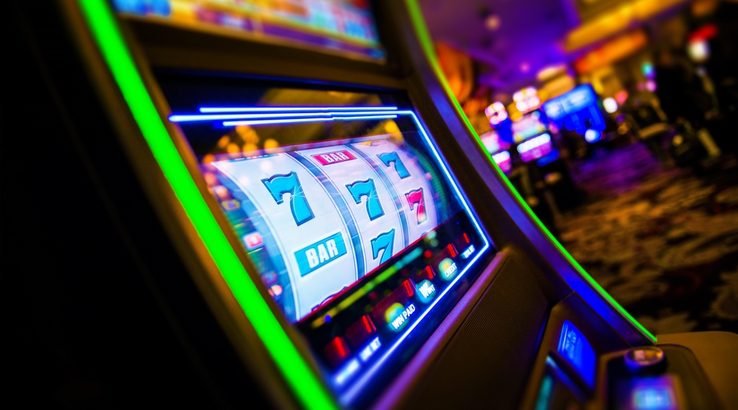 Or will it save them? Casinos, both online and off, have reason to welcome blockchain with open arms.

One of the more popular Ethereum gaming dapps (decentralized applications) is called Etheroll. It’s just a simple dice roller. The gambler picks a number from 1 to 100 then digitally rolls a 100-sided dice. If the number they chose is higher than the number they rolled, they win. If it’s the same or lower, they lose. The payout is determined proportional to the number they choose.

The end result is a dice game with a 1% house edge, from the 1% chance of guessing and rolling the same number.

In the last 24 hours, at the time of writing, Etheroll has turned over 170 Ether, equivalent to about US$125,000 at current Ethereum prices. In the last week, it’s had 2,223 Ether ($1.65 million) pass through. Assuming that includes both inflow and outflow, that translates to over $8,000 a week for the creator from the 1% house edge. Not bad for a simple dice roller.

Others, such as EOSBet, go a step further by decentralizing an entire digital casino. Anyone can “invest” in the house to earn a portion of the casino profits based on the amount they put in, while players can simultaneously pull the lever on thousands of slot machines or roll thousands of dice to (statistically most likely) win some and lose slightly more.

Should the gambling industry be scared of blockchain disruption?

The online gambling industry was estimated to be worth $40 billion in 2015 and is projected to keep growing. This has attracted a lot of cryptocurrency and blockchain startups to the space with the aim of disrupting it.

There’s a good chance they’ll succeed. Casinos are all about the trust between players and the house, and that trust is very often abused to the fullest extent legally possible, and frequently even further. To date, the only option for online gamblers is to choose their online venue carefully and then simply trust it even if they know it’s probably not actually trustworthy.

Distributed ledger technologies like blockchain could offer a permanent solution to this seemingly unsolvable problem by allowing for transparent, decentralized and trustless systems.

Who’s trying to disrupt the industry?

There are a lot of different groups getting involved. The smaller projects like Etheroll are just a single simple game that might disappear when people lose interest. The larger ones like EOSBet are trying to be entire online casinos.

Some are starting with the players, others are trying to get the best games and some want to control the industry infrastructure.

ZeroEdge: Get the players

ZeroEdge, as the name suggests, aims to attract players with a 0% house edge, arguing that it’s an offer too good for players to refuse. The idea is that it forms a network of 0% house edge casinos and games, which anyone can build, but only accepts the Zerocoin cryptocurrency.

The idea is that the token has a fixed supply, and the token will gain value as more players arrive and buy coins to use for gambling.

It’s not entirely clear how well this will work in practice. With no house edge to bring in revenue, there’s little incentive for anyone to build games or casinos on the platform or to continue developing the project in the long term.

CashBet: Get the games

Founded in 2012, CashBet claims to be the world’s only crypto-casino licensed by the world’s most reputable tier-one gaming jurisdictions. It’s focusing on mobile gambling and already has a repertoire of over 450 gambling games and apps to that end.

“Our vision is to expand the market presence of what is currently the most complete blockchain-powered iGaming platform in existence,” said CashBet CEO Mike Reaves in a press release. It’s currently in the process of moving its offerings towards a “crypto-ready future,” he added.

It aims to provide a platform to let anyone easily create mobile games for themselves, and “piggyback” on CashBet’s worldwide gambling licensing to avoid needing to jump through the hoops themselves. It’s not strictly focused on cryptocurrency or gambling technology, but it is racing towards it since CashBet views this as the inevitable future of gambling.

FunFair: Get the systems

Another cryptocurrency, FunFair, aims to control the systems by building an entire cryptocurrency system from scratch. Its coin is used by gamblers and online casinos that use the platform, and licensing fees for use of the turnkey transparent, decentralized FunFair system will be paid in FunFair tokens.

It aims to bolster token value by creating a fixed supply of one billion infinitely divisible coins, and then simply growing its network by focusing on players, games and online casinos.

Should real life casinos be worried about blockchain disruption?

But they’re not immune either. Because of the demonstrable benefits it offers, in the form of decentralization, transparency and trustlessness, the digital gambling industry of tomorrow might be increasingly able to cut into the profits of physical venues.

It’s also possible that slot machines and other electronic gaming systems found on the casino floor will be operated across a blockchain system in the future. Much like the online world, this move would likely be welcomed by the more reputable casinos and delayed as long as possible by the shadier ones.

This is because it could represent significant savings for legitimate operators. A lot of time and money goes towards ensuring machines are fair, tamper-proof and operated in line with state-by-state gambling regulations across the USA. Computer chips in slot machines, for example, are often manufactured at extra cost to be permanently set and tamper-proof. Being able to digitally provide the same benefits, and more, might represent significant savings for machine makers and casino operators in the long run as well as increased earnings from more satisfied guests.

Some casinos might be worried about blockchain disruption, but the good ones might be keenly looking forward to it.