Where to watch The Walking Dead online

Hungry for human flesh? We might not be able to help you there, but we can show you all the places to watch The Walking Dead online here in Canada.

Where to watch The Walking Dead online in Canada 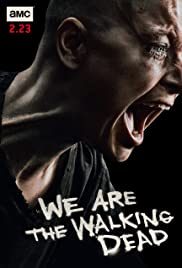 Our recommendation: The Walking Dead

With nine seasons in the bag, it’s a great time to revisit the horrors Rick and the gang have endured over the decade The Walking Dead has been on the air. If you’re anything like us, you’ve probably missed a couple of their misadventures here and there. That’s why we’ve rounded up all the places to watch The Walking Dead online in the table above.

When Deputy Rick Grimes is injured in a shootout, he slips into a coma. What he awakes to is a world ravaged by walkers (or zombies/undead/biters depending on which universe you’re in).

Rick sets out in this new world to track down his wife Lori and son Carl. Along the way, Rick meets up with various survivors who work together to learn more about the virus.

After the events of season 1, Rick, Lori, Glen and the rest of the survivors seek refuge at a remote farm, far from the chaos of Seattle. The farm is home to old-timer veterinarian Herschel Greene and his family, who are still grieving about a death in the family.

While personal issues between Rick and his best friend Shane reach a boiling point, opposing philosophies clash on the Greene’s farm.

After leaving the farm, Rick Grimes and his group of survivors seek refuge in an abandoned prison. While dangers still lurk within the walls of the group’s new heavily-guarded home, the real threat comes from a seemingly peaceful and thriving community nearby.

With the Governor out of the picture (for now), the survivors at the prison have been living a mostly quiet, peaceful life since the events of Season 3. However, when a deadly contagion spreads and the Governor resurfaces with new friends, the prison’s security is compromised from the inside and out.

This seasons also introduces Abraham, Rosita and Eugene, three powerful survivors on a personal mission to DC that could save the world.

Season 5 picks up soon after the closing final events of Season 4. After converging at the Terminus safe zone, the Atlanta survivors and Abraham’s group find out quickly that everything’s not as it seems at the repurposed train depot.

The sheltered residents of Alexandria have a hard time accepting Rick and the crew’s cutthroat attitudes. However, it’s soon proven they have a lot to learn from the weathered Atlanta survivors if they want to survive in the dangerous, ever-expanding world.

Season 6 reveals a network of trade communities that the Alexandrians have a chance to be a part of; under the proviso they take care of a certain group of bullies.

Season 7 of The Walking Dead kicks off the moment Season 6 wrapped up: with one of Rick’s crew about to meet the business end of Negan’s baseball bat.

Negan seemingly beats Rick’s crew into subservience, but before too long it becomes clear the Alexandrians have a plan to take the war to Negan and his crew.

This season introduces a range of new characters, including but not limited to fan favourite Ezekiel and his pet tiger, Shiva.

Try before you buy with these

Borat is getting a sequel. Very nice!

Canada’s most popular streaming service is going to empty your pocket even more.

The live-action blockbuster will be offered on Premium Access.

Another action-packed, Oscar-winning Marvel movie is available to stream online. Watch how T’Challa saved Wakanda from a powerful enemy here.

From Doctor Who to Poirot, there’s something on BritBox for everyone.

Start watching fuboTV in a matter of minutes.