Only 8 points separate Max Verstappen and the surging Lewis Hamilton in the race to be crowned 2021 world drivers’ champion.

Max Verstappen can end the world drivers’ championship this weekend and end Lewis Hamilton’s pursuit of an eighth title – for this season at least. First he has to stop Hamilton’s mighty Mercedes.

Just 8 points separates the pair in the title race. But since Hamilton dropped a new engine in his car in the Brazilian GP, it has been one-way traffic in the tightest championship fight in years.

Hamilton has won the last 2 races and has 7 wins for the season. Verstappen has 9 wins but is seriously lacking pace against Hamilton’s machine of late. Hamilton’s advantage should be even greater in Jeddah, which is the fastest street circuit in the world.

This grand prix is being held from December 3–5 at the Jeddah Corniche Circuit in Saudi Arabia. The race gets underway at 12:30pm EST on Sunday December 5.

How to watch F1 Saudi Arabia live in Canada

The destination for the Saudi Arabian Grand Prix in Canada is F1 TV Pro. It gets you access to every single race of the 2021 F1 season, as well as practice and qualifying. It’s the official streaming service of Formula 1. You can learn more about F1 TV in our dedicated guide. 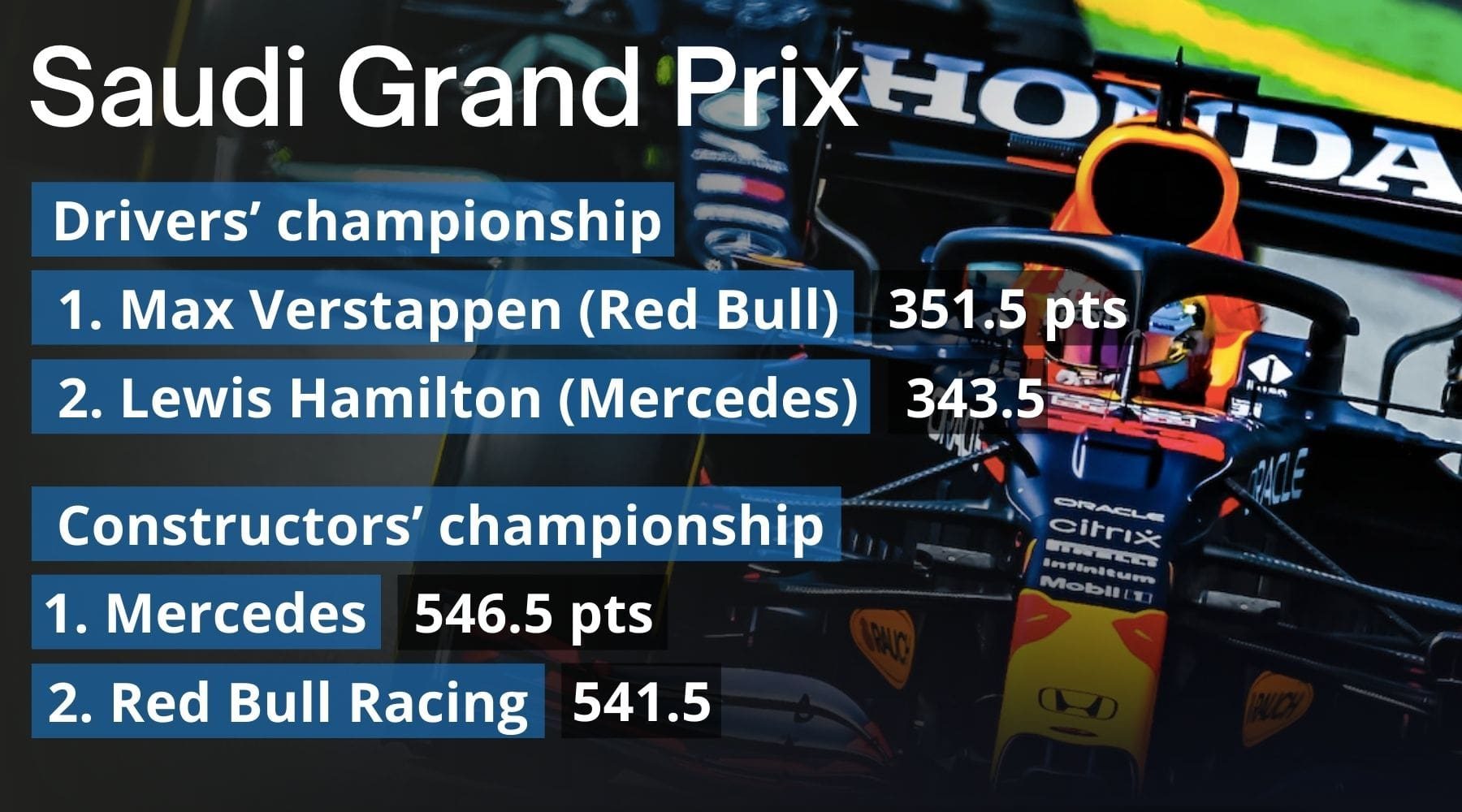 It has to be Hamilton. The fastest street circuit in the world, with speeds averaging 156 miles per hour on a track with 27 corners and 3 DRS zones has to favor the fastest car and that’s Hamilton’s Mercedes by a streak.

But it looks for our money that the championship will remain alive until the final race of the year in Abu Dhabi a week later.