Where to stream the 2021/22 NBA season online in Canada

Catch every pass, dunk and steal from the NBA live and on your time with this guide. 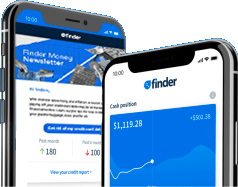 Money tips delivered to your inbox

Monthly guides, financial news + hot tips to help you save and grow your money.

We need your consent to our privacy policy. Please tick the box if you wish to continue.

The NBA is back for another year and the Toronto Raptors are returning home. As most Canadian sports fans would be well aware, watching your favourite team or league live during the season is not always easy. In Canada, you can catch all the high-flying action with Sportsnet NOW, TSN Direct and NBA TV Canada.

Here’s what you need to know about streaming NBA broadcasts in Canada.

How to watch the NBA in Canada

Like many parts of the world, sports fans are watching significantly less traditional television in Canada. You can still watch the NBA via cable TV, with a subscription to TSN or Sportsnet. But these days you also have a range of streaming options. Read on for more information.

Stream the NBA on Sportsnet Now

Sportsnet has established its own streaming service, Sports Net NOW. The app is available via the iOS App Store and Google Play, Apple TV, Chromecast, Xbox One, Amazon Fire TV and PlayStation 4. Your options start from $9.99 for a 7-day pass or $19.99 for a monthly subscription. In a normal year it has access to 41 regular season Raptors games, plus loads of other live sports content. It also boasts a range of special features, like Split-screen View and Video on-Demand.

Watch the NBA with TSN Direct

A day pass costs $4.99 or a monthly pass is $19.99, plus applicable taxes. TSN Direct gives you access to all 5 TSN feeds. You can also sign up for 6 months for $99.95, giving you a 1-month discount. The same terms apply to the French-language streaming service, RDS Direct. You can cancel at any time. Available to watch on up to 2 devices, it is compatible with desktops, Apple TV, Samsung SmartTV, Xbox One and the iOS App Store and on Google Play.

NBA League Pass is the league’s own dedicated streaming service. In addition to streaming almost every second of every match live across the Internet, NBA League Pass serves as a single destination for news, statistics, highlights and recaps from the current NBA season. You also get access to the NBA TV channel, which streams 24/7.

Blackouts will once again apply to Canadians using League Pass. It excludes Raptors fixtures as well as games available on national broadcasts.

Right now NBA League Pass has multiple packages available, all with either an annual or monthly subscription.

The previous of holy grail of League Pass subscription options is still also called League Pass. It also gives you access to every single game live or on demand, however you can only watch on 1 device at once. A subscription for this is priced at $139.99 for a full year or $29.99 a month.

If you’re a true NBA fan, but have no friends to split the cost with the League Pass package is still likely your best choice.

Otherwise there’s a Team Pass which gives you access to every single game of the one team you choose to follow. Team Pass is $89.99 a year or $19.99 a month. Or you can opt for the three-game choice which as the name suggest lets you select 3 games a month to watch. This option costs $26.99 a year or $2.99 a month.

You can only watch League Pass on 1 device at any time, unless you opt for the newly modified League Pass Premium package which allows you to watch on 2 devices at once. League Pass also comes with several features including live stats, multi-screen viewing, offline viewing and more.

NBA TV Canada offers access to all NBA games featuring the Raptors including pre-game and post-game shows and interviews with Raptors players. You can get this service as part of most sports streaming packages offered in Canada. The exact cost varies between network providers, but you could pay as little as $1.99 per month for full NBA TV Canada access. Get in touch with your local TV service provider for more information.

Things will be back to normal timeline wise for the 2021/22 NBA season (minus some COVID protocols). We’re back to an October season start, 82 regular season games, February All-Star Game, April Playoffs and June Finals start. Even the Toronto Raptors will be back playing out of Canada instead of Tampa, Florida as they did in 2020/21.

An inclusion during the bubble and the 2020/21 season will be continuing on too. The play-in tournament is here to stay. This time teams from each conference seeded 7–10 at the end of the regular season will compete to make the playoffs.

First the 7 and 8 seeds will play, where the winner earns the 7 seed. Then 9 plays 10 in an elimination game. The winner of that then plays the loser of 7 vs 8 to earn the final playoff spot.

Compare beIN SPORTS with other services