Manchester United host West Ham in the third round of the Carabao Cup, just days after defeating the Hammers in the Premier League.

West Ham don’t have to wait long to avenge a 2-1 loss to Manchester United in last weekend’s Premier League. The Hammers had the chance to equalise with almost the last kick of the match – a penalty – at London Stadium, only for Red Devils goalkeeper David de Gea to stop Mark Noble’s attempt.

Less than a week later, the Hammers have a chance for revenge in the third round of the Carabao Cup. They’ll face a very different United outfit from the team they met on the weekend. United boss Ole Gunnar Solskjær is set to rest a host of his best players, including Cristiano Ronaldo.

When is Man United vs West Ham Carabao Cup match?

How to watch Carabao Cup live in Canada

In Canada, the home of the Carabao Cup is sports streaming service DAZN. If you are yet to check it out, DAZN currently offers a 30-day free trial. That gives you plenty of time to decide if it’s right for you. You can check out our Carabao Cup viewing guide for more details.

Opt for DAZN's annual subscription over the monthly subscription and save $90 a year. DAZN has exclusive rights to the NFL, Premier League and UEFA Champions League.
Get deal

Stream NFL, Premier League and more exclusively on DAZN for $20 a month

Who will win Man United vs West Ham? 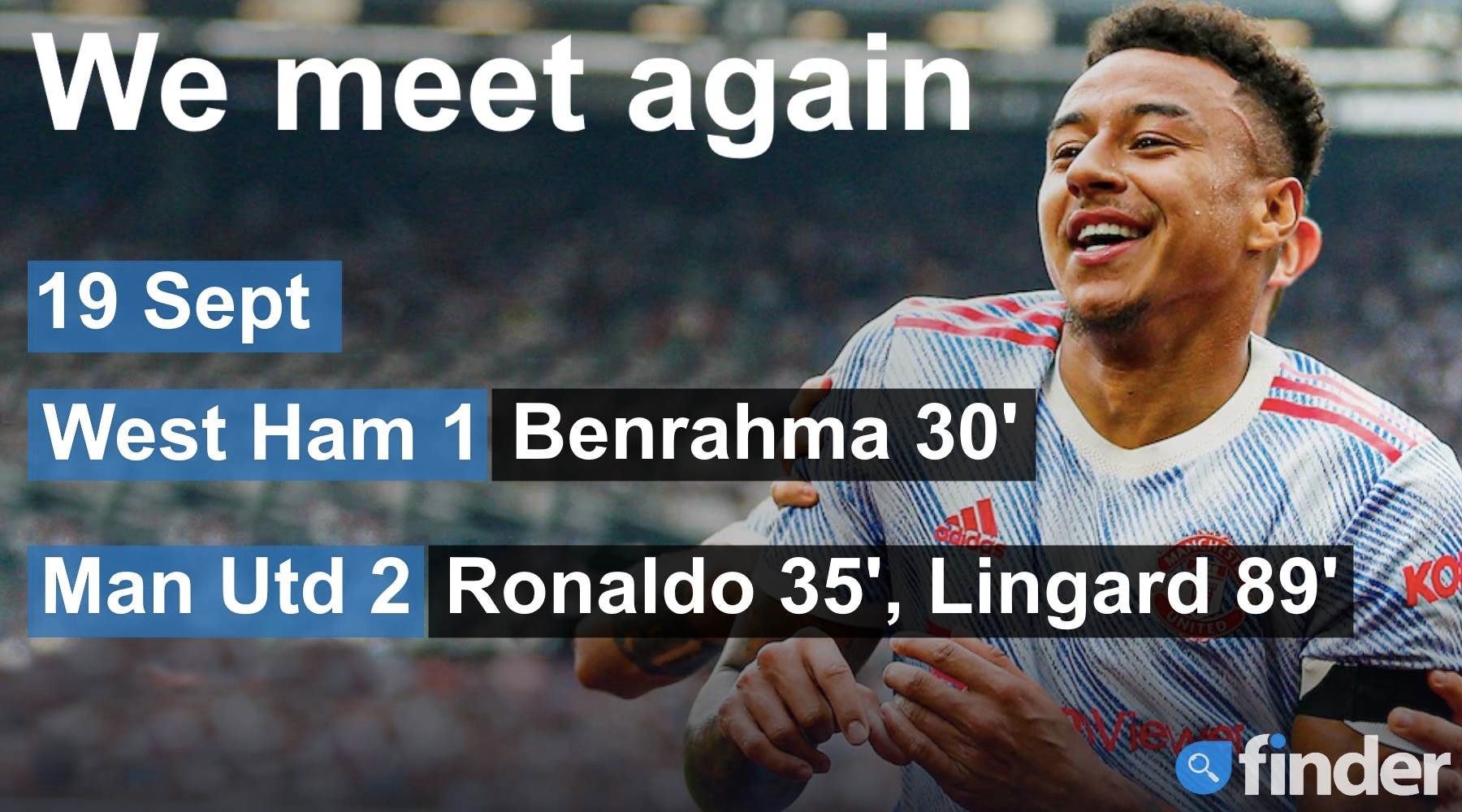 A sensational strike by Jesse Lingard in the 89th minute proved to be the winner on the weekend. It was a bittersweet moment for Hammers boss David Moyes, who tried hard to convince Lingard to extend his time with West Ham after spending part of last season on loan with the club.

Ronaldo, who we expect will sit this game out, also scored, making London Stadium the 66th stadium he has scored in during his career. It was the megastar’s fourth goal since rejoining United just before the close of the transfer window a few weeks ago.

The Hammers had their chances to equalise and will no doubt fancy themselves this outing, especially against a somewhat weakened United team.

Moyes needs a win for his own sake. The former United manager has not beaten his old side in 7 games since being shown the door and has won just 3 of his 29 games against the Red Devils in the Premier League (7 draws, 19 losses) in his managerial career.

Manchester United have made the semi-finals of the Carabao Cup the last 2 seasons. But with a busy schedule of Premier League and Champions League fixtures to come, a loss here would not be the worst result. It’s the Hammers for us.