The Premier League’s biggest rivals face off in a clash with massive implications for this year’s title race. This is how to watch in Canada.

Liverpool and Manchester United are the two most successful clubs in English soccer history. Coming into their latest showdown at Anfield, the Red Devils hold a three-point lead on the Premier League table.

Liverpool is the reigning champion, with its drought-breaking title in 2019/20 moving it to 19 league championships overall. That leaves the Reds just one title behind United’s all-time record, so it doesn’t get much juicier than this.

When is Liverpool vs Man United?

How to watch Liverpool vs Manchester United

As you can see in our detailed viewing guide for the English Premier League, you only have one way to tune into Liverpool vs Man United, streaming service DAZN.

DAZN is available for $20 a month or $150 for a discounted annual pass and has access to a huge range of global professional leagues. The NFL Playoffs, UEFA Champions League and MLB Network are just some of the options.

It comes with a generous 30-day free trial, so you can take it all for a spin before deciding to sign up. There are also no contracts and you can cancel at any time. For more information, check out our comprehensive DAZN guide. 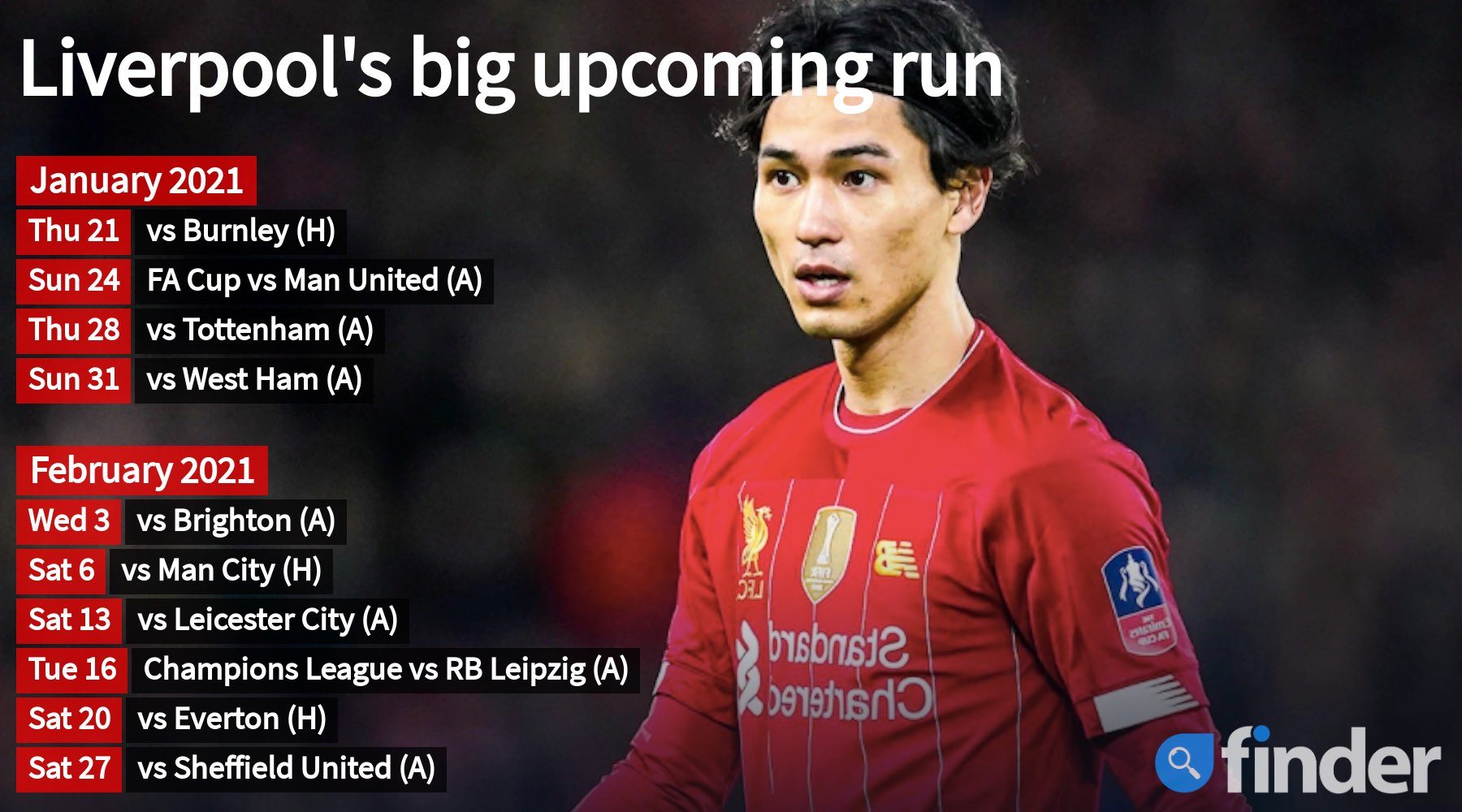 Who will win Liverpool vs Man United?

Just a few short weeks ago, the Merseyside club appeared likely to walk away with a second consecutive EPL crown. But a poor run of results, coupled with United’s most consistent period under manager Ole Gunnar Solskjaer, means we seem to have a real title race on our hands.

The Red Devils would make an almighty statement if they were to win at Anfield and stretch their lead atop the table. Liverpool is also having its defensive woes, but we feel the home side might just do enough to take a crucial three points.

Manchester United face West Ham United in the third round of the Carabao Cup.

Chelsea face Aston Villa in the third round of the Carabao Cup.

Cristiano Ronaldo will be keen to add to his record tally in the UEFA Champions League when Manchester United take on Swiss side Young Boys.

Hoping to score an exclusive code or discount for DAZN? Here’s our round-up of the latest available coupons for you to save with.

The ever-changing world of Formula 1 gets another shake-up at the British Grand Prix.