How to watch French F1 Grand Prix live in Canada

Can the flying Red Bull team make it 3 wins on the trot at the French F1 Grand Prix?

Red Bull Racing are looking to march to a third straight victory as the gripping 2021 Formula 1 World Championship embarks on this season’s first triple-header, starting in France.

Red Bull’s Max Verstappen (105 points) remains ahead of 7-time champion Lewis Hamilton (101) in the World Drivers’ Championship after both stars failed to earn points in Baku last round. That race was won by Verstappen’s Red Bull teammate Sergio Pérez.

Red Bull’s lead over Hamilton’s Mercedes in the Constructors’ Championship is now 26 points, 174-148.

This grand prix schedule is being held from 18–20 June. There are 2 practice sessions on Friday and another practice plus qualifying on Saturday before Sunday’s race. Qualifying starts at 9am EST on Saturday, with the race commencing at 9am EST on Sunday 20 June.

How to watch F1 France live in Canada

F1 France will be split across a few services for Canadians. The French Grand Prix is on F1TV Pro TSN and RDS. However TSN and RDS will only have qualifying and the race. If you’re after all the practice sessions then you’ll need to look at F1 TV Pro. All the details are in our viewing guide for streaming F1 online in Canada.

It gets you access to every single race of the 2021 F1 season, as well as practice and qualifying. It’s the official streaming service of Formula 1. You can subscriber for $9.99 per month or $79.99 for an entire year. There’s no free trial.

You can access onboard cameras, team radio and a major race archive. Along with blanket F1 action, you also get access to F2, F3 and Porsche Supercup live. You can learn more about F1 TV Pro in our dedicated guide.

Held at the Circuit Paul Ricard, the French Grand Prix is followed by 2 races over consecutive weeks at the Red Bull Ring in Austria with the Styrian GP on 25–27 June followed by the Austrian GP from 2–4 July. So it’s a real opportunity for a team or driver to put their stamp on this year’s championship race. 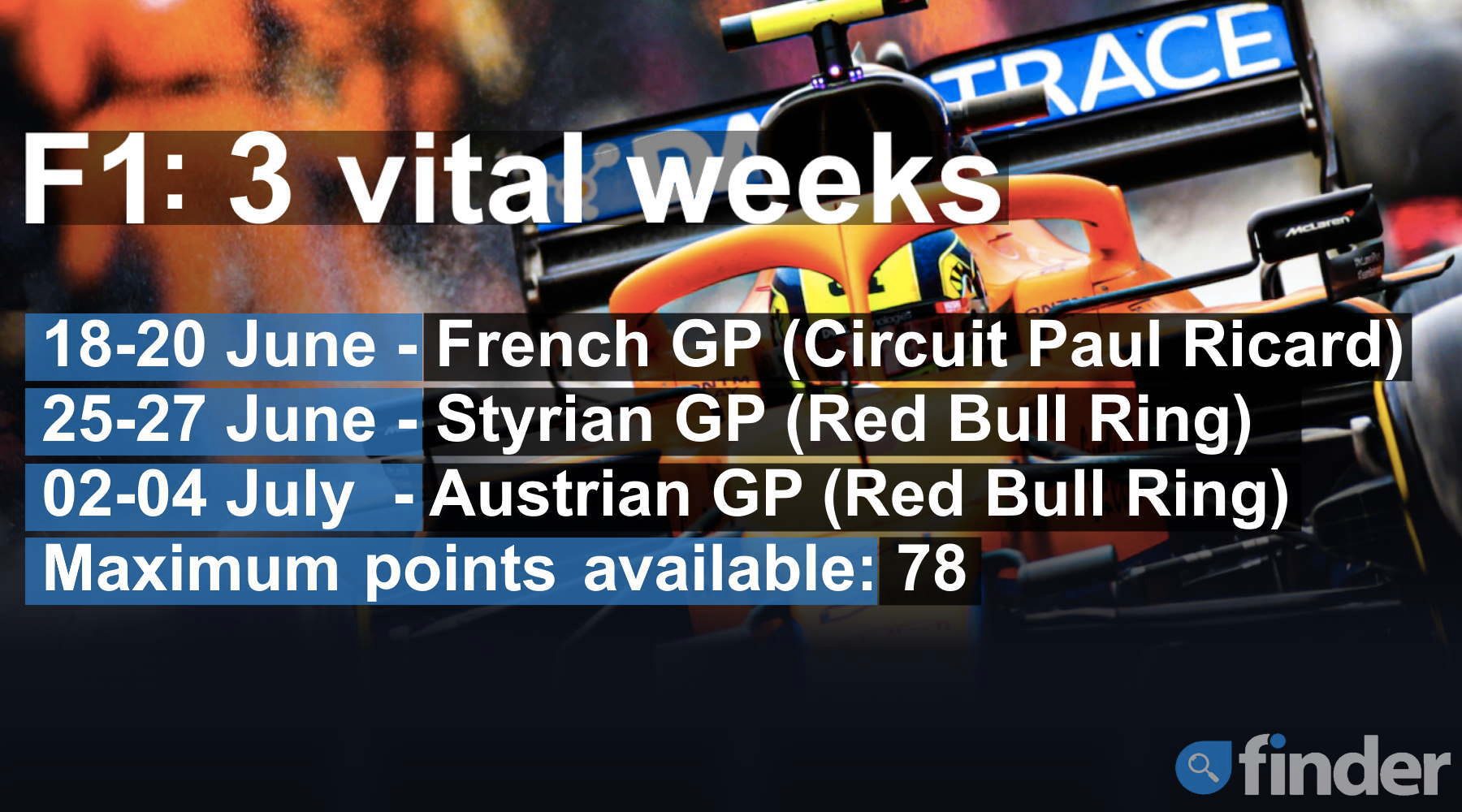 Mercedes have dominated this circuit since Formula 1 returned to the track in 2018, winning every session – practice to race – in that time. Hamilton took pole position and the race win in both 2018 and 2019.

They were the last 2 races before the pandemic interrupted last season. Hamilton has also led every lap since 2018 bar one. It’s an extraordinary record.

This season is a different affair, with Red Bull showing they have the speed and the driver to end Mercedes’ dominance, at least at other tracks.

Can Red Bull win in France? Yes, of course, but we think Hamilton will make it 3 French GP wins on the trot to take back the lead in this year’s championship. It will also add another twist in this fascinating season before we head to Austria.