How to watch Portugal Formula 1 Grand Prix live and free

A single point separates Lewis Hamilton and Max Verstappen in a thrilling F1 battle heading into this weekend's race in Portugal.

It was only six months ago that seven-time world champion Lewis Hamilton won the Portugal F1 Grand Prix to become the most successful F1 driver of all time. With his 92nd Grand Prix win, he passed Michael Schumacher’s previous record of 91 wins.

This year it’s a different story as Dutchman Max Verstappen threatens to break Mercedes’ dominance of the sport which dates back to 2014. Hamilton sits on top of the driver standings with 44 points, with Verstappen (43) breathing down his neck.

When is the Portugal Formula 1 Grand Prix?

How to watch F1 Portugal Grand Prix live in Canada

If you want access to every single race of the 2021 F1 season, plus practice and the all-important qualifying, you need F1TV Pro. It’s the official streaming service of Formula 1. You can also get qualifying and race day on TSN and RDS. All the information you need is in our viewing guide for streaming F1 online in Canada.

Along with blanket F1 action on F1TV Pro, you also get access to F2, F3 and Porsche Supercup live. You can access onboard cameras, team radio and a major race archive.

Subscribe to a monthly or annual plan and catch every race of the season live on F1 TV. 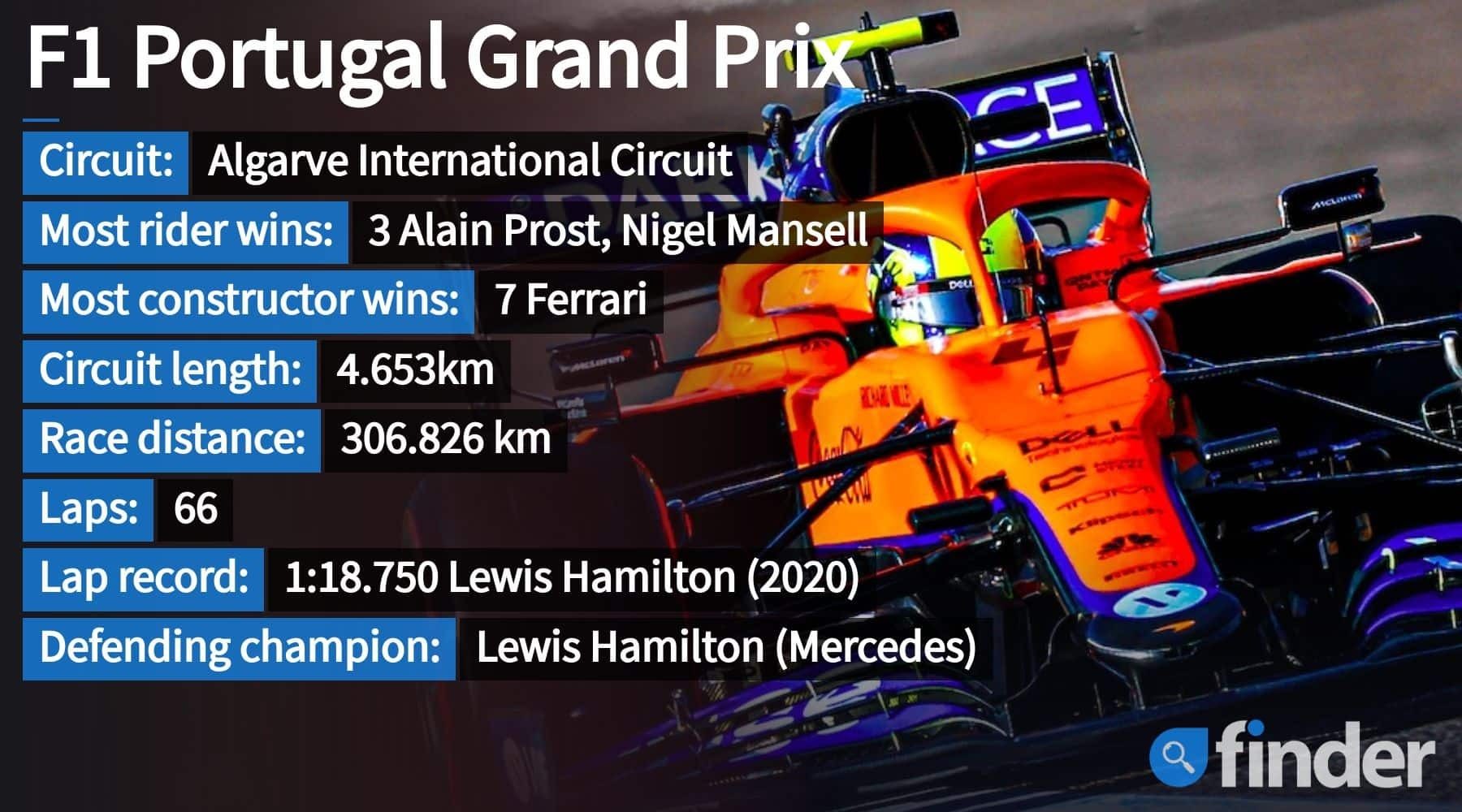 After two drama-charged races in Bahrain and Italy, in which Hamilton and Verstappen have split the spoils, the championship race is shaping up to be a thriller. The F1 season is also about to seriously heat up, with Portimão the first of five races in the next seven weeks.

We’ve tipped Hamilton over the opening two races because, let’s be honest, it’s usually one of the safest predictions in world sport. But the hard-nosed Verstappen is pushing his Mercedes rival to the limit in a spicy rivalry reminiscent of the fierce battles between Alain Prost and Ayrton Senna in the late 1980s.

Hamilton certainly didn’t have much luck at the Emilia Romagna Grand Prix at Imola where he damaged the front wing of his car early in the race. It cost him valuable time until the damage was repaired on lap 32 after a red-flag stoppage.

However, it was the pressure applied from Verstappen that caused Hamilton to make a rare mistake. We’re tipping Verstappen to win in Portugal and take the lead of a world championship for the first time in his career.

On the Australian front, McLaren’s Daniel Ricciardo said this week he had no regrets about leaving Red Bull at the end of the 2018 season. But one can’t help wonder whether he would be in the frame for a world title if he didn’t defect to Renault, where he made just two podiums, before another switch to McLaren.

While Ricciardo has been more competitive in the McLaren, he is still in seventh place on the overall standings on 14 points, a massive 30 behind Hamilton.