Formula 1 heads back to the Baku City Circuit with Lewis Hamilton hungry to bounce back after a disappointing seventh in Monaco.

Seven-time world champion Lewis Hamilton will be determined to bounce back after a terrible weekend in Monaco last time out. That saw him surrender his championship lead to Red Bull’s Max Verstappen.

Verstappen holds a four-point edge over Hamilton heading into this weekend’s Azerbaijan Grand Prix after victory in Monaco. Red Bull are also now leading Hamilton’s Mercedes in the Constructors’ Championship.

The Azerbaijan Grand Prix is being held from June 4-6. Two practice sessions were held on Friday and practice plus qualifying is on Saturday. Qualifying starts at 8am ET on Saturday, with the itself race commencing at the same time on Sunday, 8am ET.

How to watch F1 Baku live in Canada

The destination for the Azerbaijan Grand Prix in Canada is F1TV Pro. It gets you access to every single race of the 2021 F1 season, as well as practice and qualifying. It’s the official streaming service of Formula 1. You can learn more about F1 TV in our dedicated guide.

Who will win F1 Baku?

Mercedes have won three of the four previous races held at the tight Baku City Circuit. Hamilton won the race in 2018. His teammate Valtteri Bottas won the last GP here in 2019. 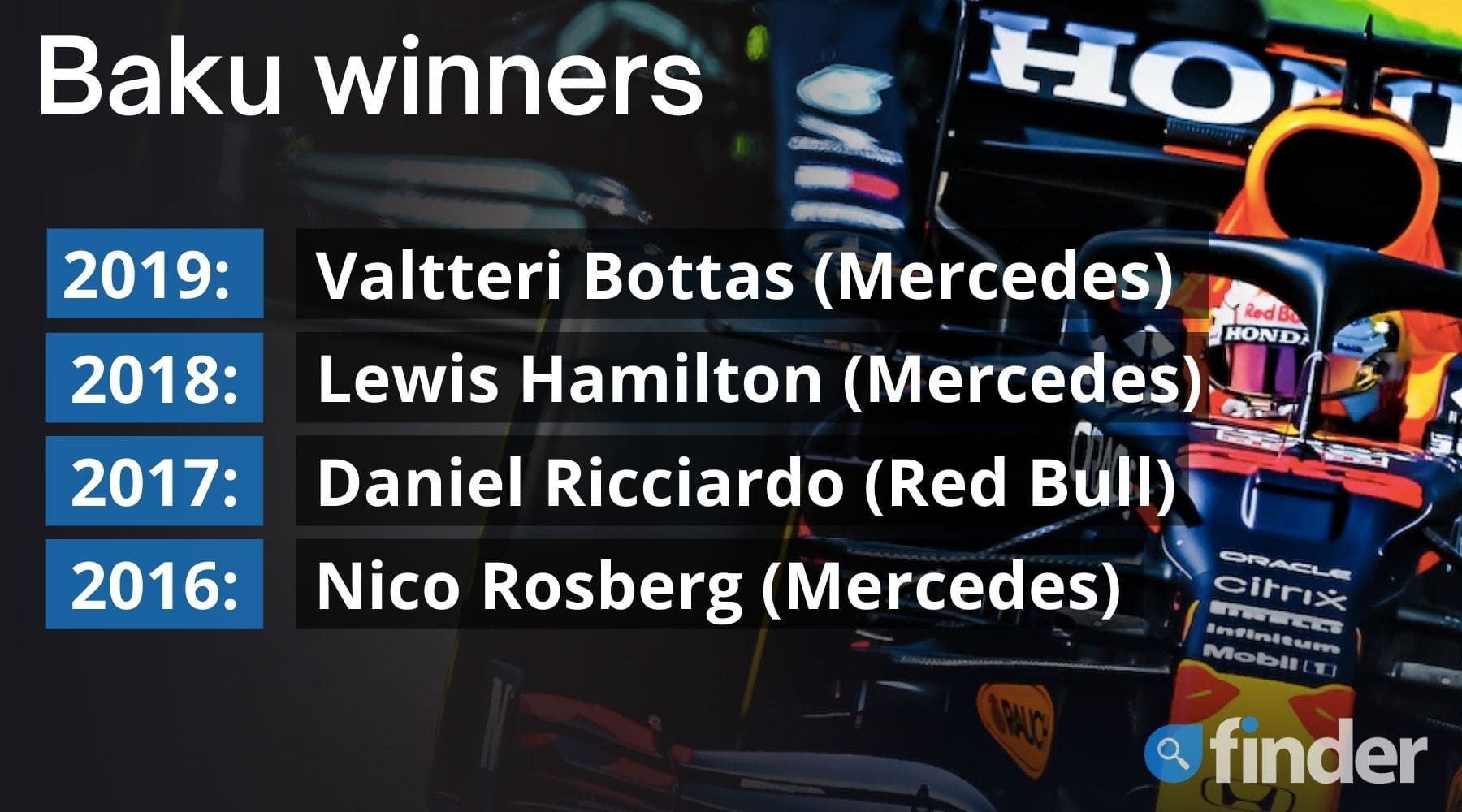 Hamilton (three wins) and Verstappen (two) have won each of the first five races this season. That may finally change this weekend.

Had it not been for a tyre puncture in 2018, Valtteri Bottas would probably be a two-time winner in Azerbaijan. We’re tipping him to defend his 2019 win in front of Verstappen and Hamilton.