The effects of controversies on stock prices

A rogue tweet can have a major impact on the market.

Stock prices fluctuate every day and can be particularly volatile when companies make the news. We studied 12 noteworthy public events and controversies to see how a single event—and its impact on public perception—can impact a company’s stock value.

The most dramatic drop belongs to BP, thanks to its disastrous oil spill in 2010. Stocks in the London-based company dropped by 20%, decreasing its total value by £14 billion. Before the oil spill, BP’s stock price was fluctuating around 650 Great British pence (roughly US$9). In the months that followed, this price decreased steadily, reaching a low of 304.6 GBp (around US$4.22) . Over 2019, the price went back up, hovering between US$36 and US$45 before dropping significantly in 2020 due to the Coronavirus pandemic. (Source: The Guardian) 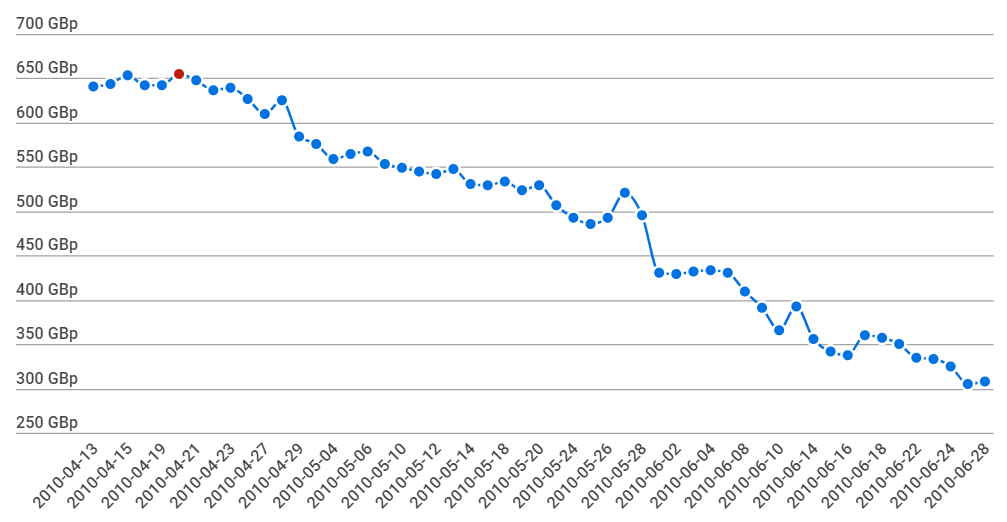 The biggest rise in our analysis occurred in thanks to Oprah Winfrey, a shareholder and icon of Weight Watchers. Her January 2018 speech at the Golden Globe Awards increased the value of Weight Watchers’ stocks by 14%, from US$46.91 to US$52.62. The stock reached a high of US$104 in July of that year, but has since declined. (Source: CNBC) Event: In August 2018, an interview with Elon Musk caused Tesla stock prices to drop by 9% after he divulged details of his “excruciating” year. (Source: The Express)

Event: Cristiano Ronaldo was accused of rape, which he denied. (Source: BBC news)

Event: Facebook’s stock value plunged after it was revealed that 50 million people may have had data compromised by Cambridge Analytica. (Source: CBS News)

Event: On February 21, 2018, Kylie Jenner declared that Snapchat was dead. (Source: The Verge)

Event: US president Donald Trump tweeted “It is reported that the U.S. Post Office will lose $1.50 on average for each package it delivers for Amazon. That amounts to billions of dollars.” (Source: Medium) 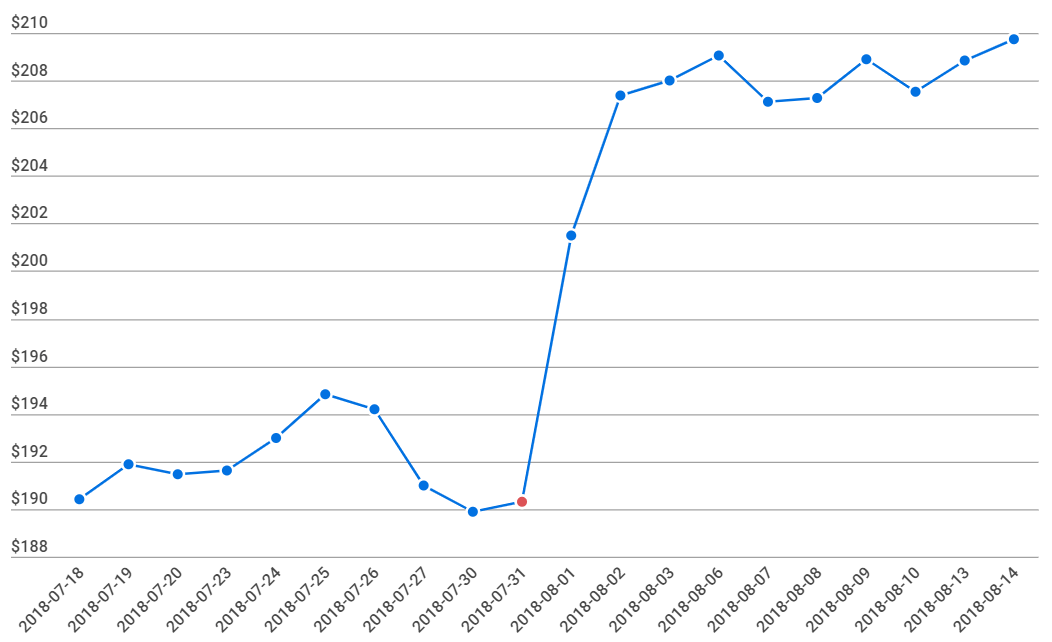 Nike (NKE) stocks go up after its Colin Kaepernick advertisement

Event: Nike shares dropped, then rose higher than before, after Colin Kaepernick became the new face of its “Just Do It” ads. (Source: Markets Insider) Event: Carl Icahn tweeted “We currently have a large position in APPLE. We believe the company to be extremely undervalued. Spoke to Tim Cook today. More to come.” (Source: Financial Post)

TO buy any of these stocks, you need to open a stock trading account. Compare some of Canada’s most popular online trading platforms
below.

We look at 6 popular stock discussion groups from Canada and overseas.

Technology ETFs How to buy Lincoln Electric stock in Canada | $144.51