GameStop and AMC share price ride: Which stocks are next?

Speculation is driving hyper volatility in the stock market.

How To Invest In 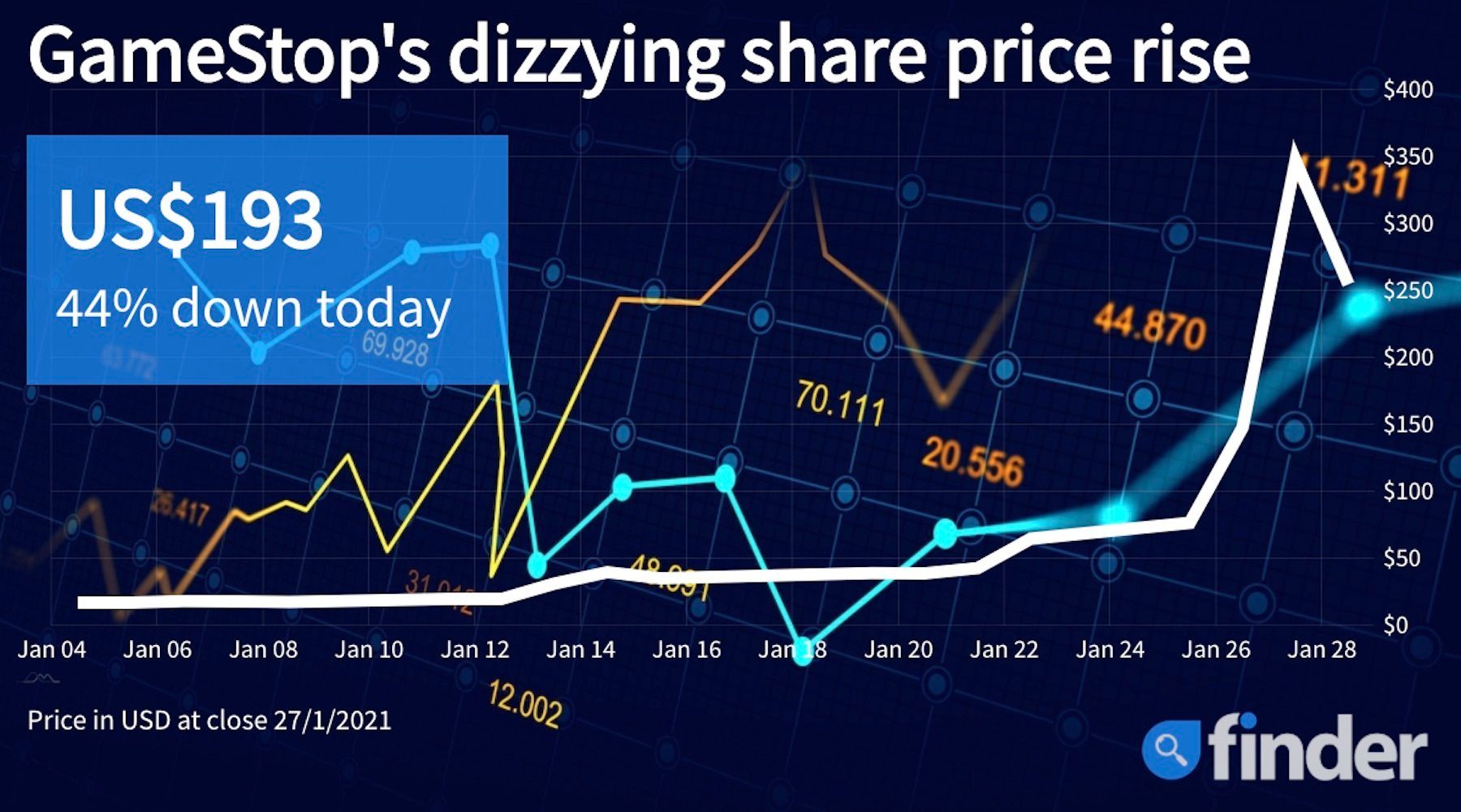 Stock markets can become irrational. As an illustration, despite no significant recent change in their businesses, the gaming retailer GameStop (NYSE:GME) and the theatre owner AMC Entertainment (NYSE:AMC) saw their stocks jumping by more than 1,700% and 800%, respectively, since the beginning of the year.

Now it seems gravity has taken its toll. After popular US stock trading sites like Robinhood and eToro halted trades on AMC and GameStop, prices plunged by 44% (GME) and 56% (AMC) overnight.

Most recently, following another Reddit rally, AMC Entertainment’s stock price soared more than 40% on Thursday May 27th, raising its week-to-date advance to a whopping 135%.

So what’s happening? And which stocks could be next?

How to buy AMC Entertainment stock

Nobody can detail the exact reasons for stock price moves over the short term. But the recent volatility in GameStop’s and AMC Entertainment’s stock prices certainly involves short selling.

Short selling consists of borrowing stocks to sell them later at a lower price and pocket a profit. You want to short a stock when you think its price will go down, which can happen when a business is deteriorating.

For instance, GameStop has become one of the most heavily shorted stocks in the US stock market. That’s because the company has been struggling to offset the secular decline in revenue from the video games it has been selling in its physical stores.

A short squeeze can happen when a heavily shorted company announces positive news. But in the case of GameStop and AMC Entertainment, participants in online forums, such as Reddit’s wallstreetbets, triggered a short squeeze by collectively buying shares.

For a stock to become exposed to such a short squeeze without positive news, a few conditions must be met:

Here are 5 such stocks that could experience a GameStop style short squeeze.

The Canadian company remains famous for its mobile phones that have become obsolete when smartphones took over during the last decade. It has been pivoting to software and cybersecurity over the last several years, but it’s still struggling to generate revenue growth and profits – an attractive proposition for short sellers.

On 15 January, shorted shares represented 9.9% of the float and the company’s market cap was only US$5.5 billion.

Since the beginning of the year, BlackBerry’s stock price jumped by more than 270%, which suggests a short squeeze has already started. But those gains remain modest compared to GameStop’s and AMC Entertainment’s trajectories, which indicates the stock price could keep surging.

Like BlackBerry, the market may see the Finnish telecom player Nokia as a short candidate because of its long-gone glorious past as a dominant vendor of mobile phones.

Nokia’s stock price is up by more than 60% year to date. However, a strong short squeeze remains unlikely.

Thanks to its portfolio of 5G solutions, the company’s trailing-12-month revenue reached €22 billion, and the attractive 5G market provides the company with long-term growth opportunities.

Thus, shorted shares represented only 1% of outstanding shares by 15 January, and the company’s market capitalisation above €30 billion remains too large for a significant short squeeze to take place.

Eastman Kodak is facing the decline of its printing activities. During the last quarter, revenue declined 20% year over year to US$252 million. Thus, short sellers showed up; shorted shares represented 24% of the float on 15 January.

The stock price is up 48% since the beginning of the year. But with a market capitalization of only US$932 million, market participants can certainly accelerate a short squeeze.

The apparel and accessories retailer is facing significant challenges amidst the coronavirus pandemic. During the last quarter, revenue dropped 33% year over year to $322 million.

In contrast to that underwhelming performance, the stock is up more than 900% year to date. But with shorted shares that represented 13.5% of the float by mid-January, and with a modest market cap of $620 million, a stronger short squeeze remains possible.

The retailer Bed Bath & Beyond recently divested some assets and focused on online sales to mitigate the decreasing sales from its physical stores. As a result, the company’s top line declined by 5% year over year to $2.6 billion during the last quarter.

Yet the stock is up more than 190% since 1 January on no significant news, which indicates a short squeeze is going on. The market cap exceeded $6 billion, but with shorted shares that represented 82% of the float by 15 January, a sustained short squeeze could push the stock price higher.

Despite the apparently attractive idea of getting exposure to significant short-term gains, investors shouldn’t buy stocks hoping for a short squeeze to happen. Indeed, these speculative moves have nothing to do with the companies’ operational results. The market will correct sooner or later.

Thus, prudent investors should instead focus on the companies’ valuations relative to the performance of their businesses over the long term.

Compare stock brokerages that offer access to Canadian and US stocks

Looking for a low-cost online broker to buy US stocks? Compare stock trading platforms below or check out our detailed guide on stock trading.

Header image: Finder.com
Disclaimer: This information should not be interpreted as an endorsement of futures, stocks, ETFs, CFDs, options or any specific provider, service or offering. It should not be relied upon as investment advice or construed as providing recommendations of any kind. Futures, stocks, ETFs and options trading involves substantial risk of loss and therefore are not appropriate for all investors. Trading CFDs and forex on leverage comes with a higher risk of losing money rapidly. Past performance is not an indication of future results. Consider your own circumstances, and obtain your own advice, before making any trades.

Here are the best bank stocks to buy right now in Canada.

Find out about 4 ways to invest in this popular crop including futures, futures options, ETFs and stocks.

Find out about silver ETFs, how they’re traded and where you can buy them in Canada.

Read more…
Was this content helpful to you?
Thank you for your feedback!
How to buy Virgin Galactic stock in Canada | $31.23 AMC share price volatility — Should you buy?