NEO is a blockchain platform for the development of digital assets and smart contracts. Developed in China and often referred to as China’s Ethereum, NEO was founded in 2014 and is one of the world’s top 10 cryptocurrencies by market capitalization at the time of writing in March 2018.

So, is NEO headed for another rise in value, or is its price set to head south instead? To find out, we need to look at all of the challenges and opportunities that lie ahead for the project. 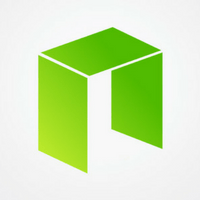 Beyond 2021: What does the future hold for NEO?

The launch of the Trinity Network will be an important milestone which, if successful, could help future-proof the NEO ecosystem. However, technical difficulties and outages, such as the one experienced on 2 March 2018, could impact consumer confidence in the platform, while concerns over centralization will need to be addressed.

By carefully researching and assessing all of the factors that could affect the value of NEO tokens, you’ll be able to make an informed decision about whether or not to buy this cryptocurrency.