Cheap flights to Las Vegas for 2022

Las Vegas is America’s most visited travel destination. While gambling and shows on Las Vegas Boulevard, as well as trips to the Grand Canyon and the Hoover Dam are the main delights, travellers are also known for watching the sun go down over The Strip in anticipation of the nightlife really kicking off. Between the casinos and shopping outlets, there is opportunity around every corner to spend your hard-earned cash. Thankfully, you can find great flight deals from Canada to Las Vegas. 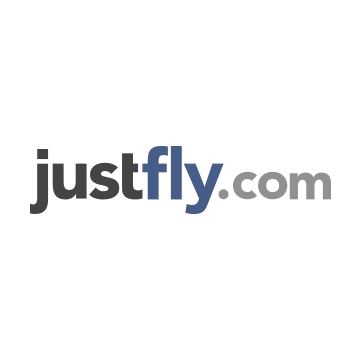 $20 off your next booking

Subscribe to MyFlightSearch newsletter and receive $20 off your next booking. Available for flights from May 2020 and onwards. Destinations include Las Vegas, Boston, Orlando, Los Angeles, Chicago, Denver and more. T&Cs apply.
Get deal

Search for flights to Las Vegas

How much should you expect to pay for cheap flights to Las Vegas?

You can fly from a variety of Canadian cities to McCarran International Airport in Las Vegas either direct or with one stopover. Stopover airports range from San Francisco to Charlotte, Philadelphia and Denver. Here’s what’s considered to be a good deal compared to the average cost of a flight.

Depending on the airline and your departure airport, you could be looking at either a direct flight or one stopover. Flights departing from east coast cities, such as Halifax and sometimes Toronto, may have one stopover, however Toronto does have some direct flights to Las Vegas. Direct flights tend to be slightly more expensive, however they’ll get you there faster and with much less hassle, while stopovers are typically cheaper but will almost double your travel time.

Airlines that fly to Las Vegas

How to get around Los Vegas from the airport

Las Vegas Airport is only a few kilometres south of downtown Las Vegas. The two terminals (one and three) are well-equipped with free Wi-Fi, so you can easily get in contact with someone or find out more information should you need to do so. Shuttle buses and public buses can be taken from the arrivals terminal to hotels on or around The Strip. Shuttles can be booked inside the terminal and the journey is as short as 10 minutes. Taxis and Ubers are also readily available and well-regulated. Airport staff will happily assist with getting you into a taxi.

Car rental desks don’t operate at the airport itself but you can get a shuttle from the airport to their locations. Car rental in the downtown area of Las Vegas is not necessary as the city is fairly compact with plenty of public transportation, but can be convenient for families or people wanting to explore further out of the city.

Cheap flights to Montreal for 2022 Flights to Toronto for 2022