Will the price of IOTA (MIOTA) rise or fall in the coming months, and why?

If you’re thinking of buying IOTA, it’s important to first consider the factors that could impact the future price of this digital currency. Read on to find out what those factors are and how they could drive the value of IOTA up or down in the coming months.

What is the Internet of Things (IoT)?

Cryptocurrencies are notoriously volatile and experience substantial fluctuations, making these complicated assets a risky and speculative proposition for potential buyers. There are many internal and external factors that can impact the value of any particular cryptocurrency, so it’s important to carefully consider those issues before parting with any of your hard-earned funds.

One key way to determine what developments a company has in store for the future, and what impact those developments might have on a currency’s value, is to take a look at its roadmap. Unfortunately, at the time of writing on 27 February 2018, IOTA’s next roadmap was still being prepared.

Beyond 2021: What does the future hold for IOTA?

As with any new technology, only once it’s been rigorously tested and successfully used in several real-world cases can we know for sure whether it provides a useful solution. IOTA has faced criticism from some commentators, most notably MIT Media Labs, but it has worked quickly to respond to those criticisms.

Experts are predicting the IoT to be a huge growth sector – Google’s acquisition of smart home automation company Nest for US$3.2 billion in 2014, not to mention IBM’s US$200 million investment in the Watson IoT are evidence of this. However, IOTA is still being developed and consolidating after a year of rapid growth in 2017, so while there is plenty of potential upside, it will also be very interesting to see what the next 12 months hold.

If you’re thinking of buying IOTA, the main point to remember is that the technology backing the network is relatively new and still being developed and tested. If it works as planned, the Tangle could become a viable competitor to blockchain technology, and find itself well placed to take advantage of the forecast growth in the IoT sector.

However, IOTA’s technological framework has attracted criticism from some quarters, so do your own research into how it works before deciding whether or not you should buy this particular digital currency. 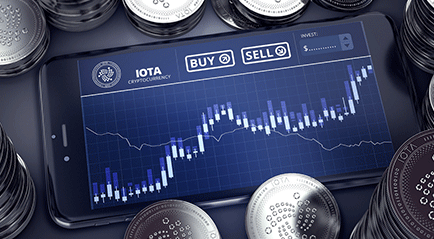 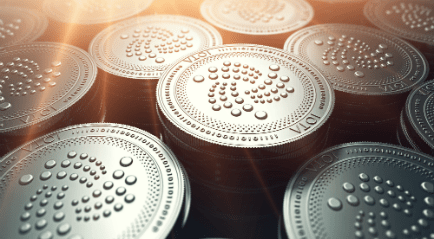