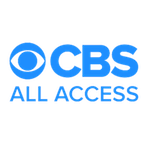 CBS All Access lets you binge popular shows such as NCIS, Survivor and Elementary.

On March 4, 2021, CBS All Access will be rebranding to Paramount Plus. Paramount Plus will begin rolling out globally from March 2021. The name change will better reflect the Viacom-CBS merger. You can see more details on Paramount Plus here.

CBS All Access enables subscribers to watch their favourite CBS series on-demand in an advertising-free environment. Content is a balanced mix of current CBS hits and classic shows, as well as a few series exclusively available on the online platform. You can also get access to a livestream of 24/7 news on CBSN.

Traditional networks were affected by the emergence of streaming services like Netflix, which allow subscribers to watch content whenever they want without being subjected to advertising. As a result, they needed to find a way to remain relevant as consumers’ entertainment habits evolve. That’s the reasoning behind CBS All Access, a streaming service offering popular CBS shows via the Internet.

The service launched in the US in late 2014 as a platform allowing subscribers to view past and present episodes of CBS shows online. It was a great alternative for cord-cutters eager to stay current with the latest series released by the network, for instance. CBS All Access was the first over-the-top subscription streaming service available in the US and made it a point to offer something extra as well – original series developed specifically for the online platform.

CBS All Access became available in Canada in April 2018, launching with more than 7,500 commercial-free episodes and marking the streaming service’s first expansion into the international market. It’s not stopping here, with plans to expand even further in the near future. Next destination: Australia.

Canadians can get CBS All Access for $5.99 a month. This gives you access to the entire content library, so you can binge as much as you want. There’s a 1-month free trial available for new customers. It should help you figure out whether or not the service is worth your cash. There’s no contract, so you can cancel your subscription anytime.

CBS All Access offers a pretty generous content library, but subscribers may notice that some CBS hits such as The Big Bang Theory are suspiciously missing. That’s because CBS has licensed some of its offering to Canadian networks and those deals will remain in place until they expire. Star Trek Discovery isn’t available on CBS All Access either.

However, you can watch tons of other shows, including NCIS, SEAL Team, Bull, MacGyver, Elementary and Survivor. Subscribers can also stream current episodes of select daytime and late-night shows, including The Talk and The Late Show with Stephen Colbert. Classic series are also covered, so if you have an urge to re-watch Charmed or The Good Wife, now’s your chance. You can also catch up with original series such as The Good Fight and No Activity.

Besides TV shows, CBS All Access allows you to livestream CBSN, CBS News’s 24/7 streaming news service. Since the service offers a free trial, we recommend you sign up and check out the library for yourself to decide if it’s a service you might fancy in the long run. Check out our list of best CBS All Access TV shows for some inspiration.

As with any streaming service, watching too much CBS All Access can take a toll on your data usage. CBS only offers official data usage information for streaming on mobile data. If that’s the case, expect to burn anywhere from 74MB per hour for the lowest connection speed to 800MB per hour for the highest-quality video stream.

Those numbers will be higher on Wi-Fi, where you can watch titles at better quality as long as your Internet speed is up to par. The recommended Internet speed to enjoy a smooth experience is 1.5Mbps. If you need a faster plan or some more data, check out our Internet hub page.

Once you have a CBS All Access account, you can stream content on your computer. Download the app on your preferred device and even get it onto the big screen without a smart TV. The platform is compatible with the following:

Otherwise, if you need more help we have a how to set-up CBS All Access guide.

You can sign up for CBS All Access on your computer, smartphone or smart TV. The exact process varies depending on which device you’re using, but is generally as follows: