Battle fleets of NFT spaceships in this galactic strategy play to earn game.

What is Infinite Fleet?

Infinite Fleet is a massive multiplayer online strategy game that seeks to bring a AAA quality experience with a Bitcoin enabled in-game economy. Each player takes control of a fleet of starships and small AI-controlled fighters to help defend humanity as part of the United Sol Federation (USF). Players explore a vast procedurally generated galaxy and defend humanity against an invading alien threat, the Atrox. Infinite Fleet operates much like other crypto video games with a few exceptions. NFTs are used to enable flexible ownership of virtual assets. For example, owning spaceship NFTs will be required to play. Infinite Fleet is in early development, and an Alpha version is currently being made available to early users. The Infinite Fleet store is open and starship NFTs are already available.

What are NFTs on Infinite Fleet?

NFTs, as mentioned above, are acquired in the form of starships in order to play Infinite Fleet. Starships are currently available for purchase via PayPal. A fully operational Infinite Fleet in-game economy will allow starships and other virtual assets to be purchasable using an official game currency, INF. More details about the INF token are given below. Players will be able to customise and upgrade their fleet. Customisation and upgrades will be represented in the form of NFTs so that players can retain, build and exchange wealth generated in the game. A much wider range of NFT virtual assets will be available, but have not been revealed by the developer team.

How does play to earn work within Infinite Fleet?

Play to earn on Infinite Fleet operates on a “proof of participation” model. The idea is that the Infinite Fleet team will not sell any INF tokens, but will distribute tokens purely through gameplay. This means tokens will be available through participation in special events and missions in the game. A gamified version of proof of work is how the company has described this system.

What is the Infinite Fleet token?

As mentioned above, the Infinite Fleet token is known as INF. It operates as an in-game currency that can be traded among players and vendors for virtual assets and can also be traded peer to peer (P2P) among players. A mobile companion app will make it easy to view an INF balance and access the P2P marketplace. From the mobile app, it will be possible to send and receive INF tokens for sales and purchases or to move INF tokens to external wallets.

Where can I buy INF?

As mentioned above, the INF token will not be sold by Infinite Fleet. The only way that INF tokens will enter the market will be through gameplay in what Infinite Fleet calls its proof of participation model. Once INF tokens have entered the market, then they will become available for resale on exchanges. A unique quality of the INF token is that it is deployed on the liquid network, which is a protocol layer on the Bitcoin blockchain. Infinite Fleet is also raising funding through something called a security token. The security token is being offered through the publisher of Infinite Fleet, Exordium, and is listed under the ticker, EXO.

What is the Bitcoin liquid network?

You will see a well-summarised description of the liquid network in the screenshot below. Not many crypto video games are built on the Bitcoin protocol. One advantage is that the INF token gains a degree of legitimacy inherent with Bitcoin.

What is a security token offering?

How to play Infinite Fleet

Infinite Fleet is in its early stages. By allowing players to have access to the game during earlier stages of development, Infinite Fleet plans to evolve with the tastes of the early players. On Microsoft Windows it is possible to download the game and gain early Alpha access. Users will need to create an account and log in to do so.

Infinite Fleet currently allows for mining and firing capabilities. It is unclear whether there are any missions available, but players can start exploring the galaxy and stock inventory in the meantime.

This is where you select and upgrade ships to use in gameplay.

This is how you navigate to various points of interest.

Your ship will autofire at enemies, and you can also manually fire missiles.

You can scan enemies or objects to collect information on the target.

You can scan asteroids and launch drones to start mining for resources.

Your fleet automatically follows a formation, but a variety of circumstances can alter your fleet’s formations. You can call your fleet back to formation anytime.

You can command individual ships, multiple ships, and the whole fleet to attack specific targets. 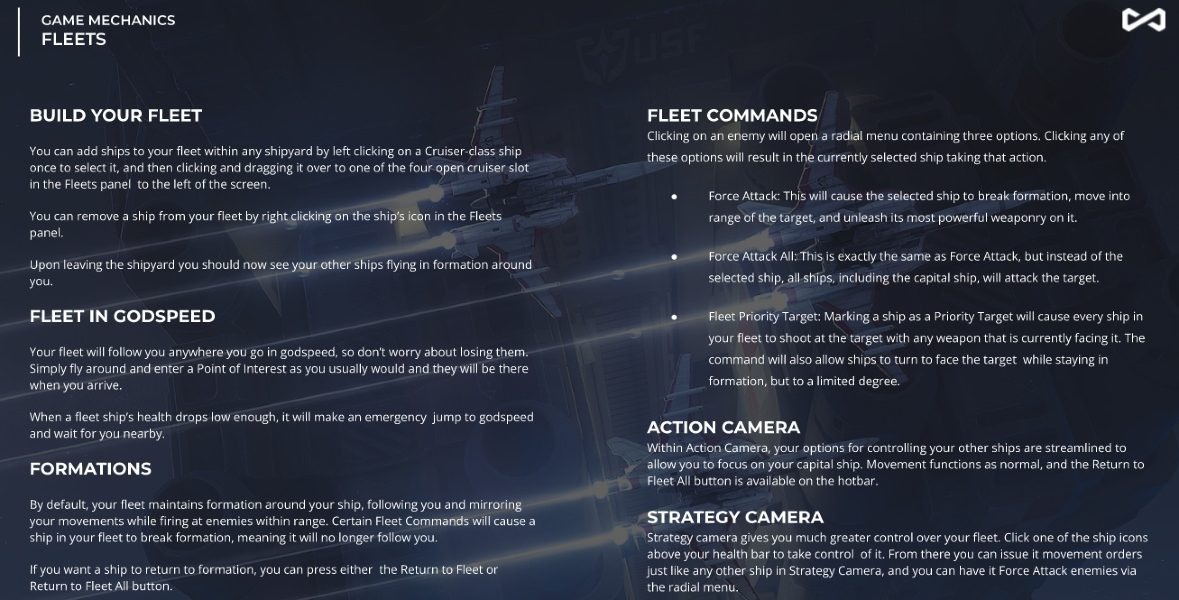 Ships come in a variety of shapes and sizes. Each one has different performance indicators.

Crypto Motors review How to play to earn with Skyweaver