Seven-time world champion Lewis Hamilton won the last race in Portugal to rack up his 97th career win and extend his championship lead over Max Verstappen to eight points. It has been a tight, tactical battle between the duo to date.

Hamilton sits on top of the driver standings with 69 points, with Red Bull driver Verstappen on 61. McLaren’s Lando Norris is a distant third (37 points). Hamilton and Verstappen have been in the top two in all three races this season.

Who comes out on top in another crucial race towards this year’s world title?

The lights go out for the Spanish Grand Prix at 9am ET on Sunday 9 May.

How to watch F1 Spanish in Canada

You can watch the Spain F1 on TSN or RDS. If you have access to either of those options, you are all set. If not, and if you are a true Formula 1 fan, we think you should consider F1TV Pro.

With every single race of the 2021 F1 season live, plus practice and the all-important qualifying, it’s the official streaming service of Formula 1. All the information you need is in our viewing guide for streaming F1 online in Canada.

Along with complete F1 coverage on F1TV Pro, you also get access to F2, F3 and Porsche Supercup live. You can access onboard cameras, team radio and a major race archive.

Subscribe to a monthly or annual plan and catch every race of the season live on F1 TV. 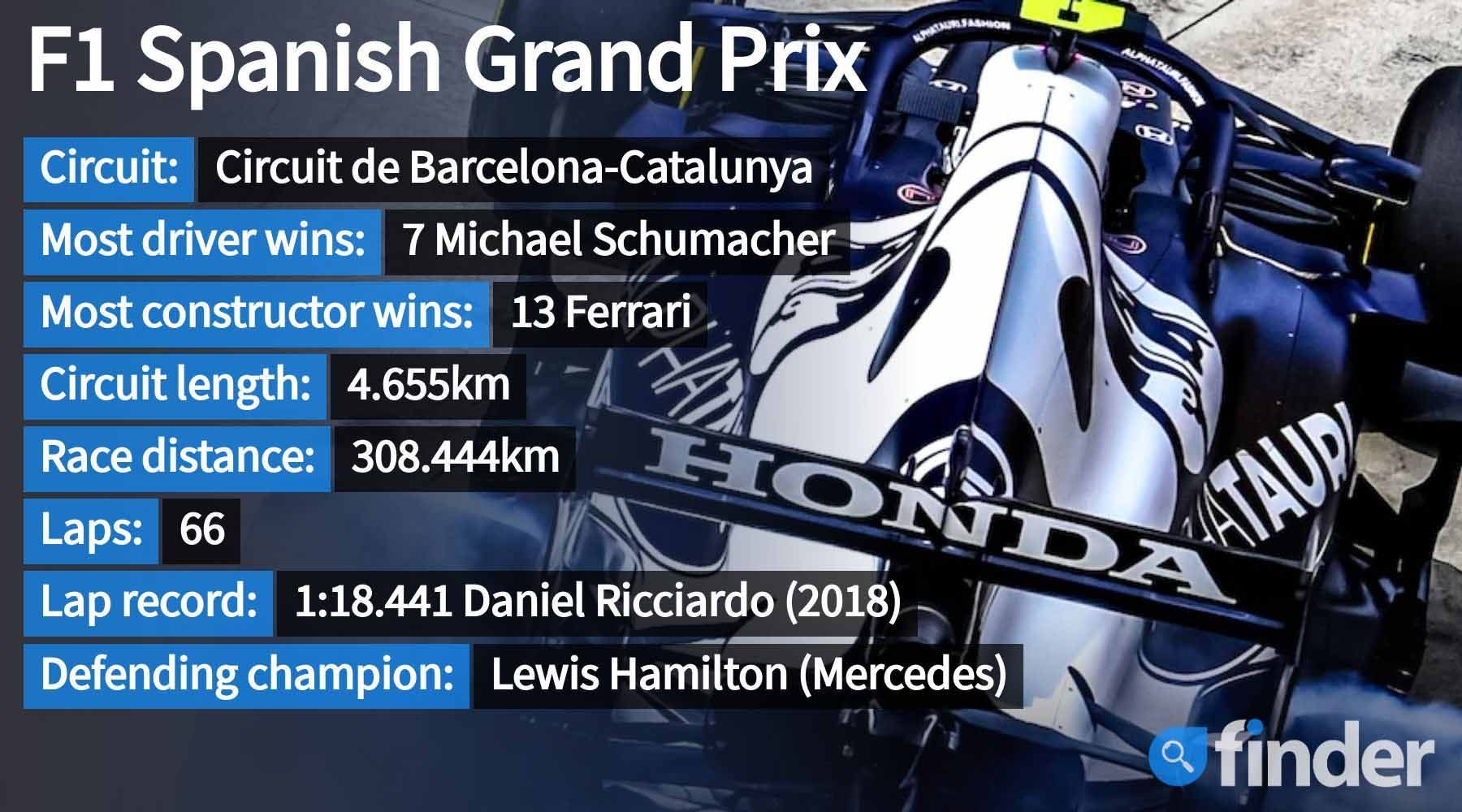 Who will win the Spanish Formula 1 Grand Prix?

Spain’s Circuit de Barcelona-Catalunya will host an F1 race for the 31st time since its addition to the calendar in 1991 and promises to be an intriguing spectacle.

Red Bull are still serious challengers in the world title race but Hamilton and Mercedes have worked hard to stay on top thus far.

Traditionally this circuit offers little room for overtaking. With that in mind, we’ll tip Hamilton to take an early lead from pole before going on to win his fifth straight Spanish Grand Prix and extend his championship lead.