How to buy Golem 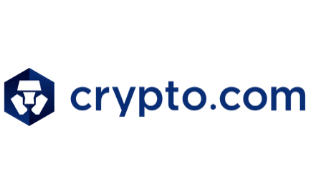 Golem (GNT) is specifically designed to facilitate the creation of a decentralized global supercomputer, with the goal of letting anyone securely buy and sell excess computing power with GNT tokens.

Blockchain technology has allowed for a new generation of cloud computing, and Golem aims to facilitate it.

Where to buy Golem (GNT) in Canada

Golem GNT is supported by Exodus, Jaxx and other wallets. Choose whichever supporting wallet you like best.

How does Golem work and what can it be used for?

Golem aims to become a global decentralized supercomputer network, with people all around the world using GNT tokens to tap into it.

Users choose what kind of task they have with the Golem task definition framework in order to get matched with the most suitable provider. Providers can decide how many CPU cores, and how much RAM and disk space they want to rent to the Golem network.

The purpose of the system is to allow for seamless connections between users and providers. An automated node reputation system is used to prioritize and benefit the providers that are categorized as high quality.

In a world of increasingly demanding applications, and projects that call for a lot of computing power, Golem presents itself as offering limitless potential.

While cloud computing isn’t brand new, blockchain technology has provided a new way to deploy it and Golem lists the following features:

What should be considered before buying Golem GNT?

Buying any cryptocurrency has to be approached with caution, and you should consider whether Golem is a safe investment by cryptocurrency standards. For example, one obstacle might be that Golem is still in a fairly early stage of development.

If all goes to plan, GNT will be targeting a relatively high price floor. If the value of GNT drops too low, buying it to spend on cryptocurrency mining power will probably be free money.

Another discussion point is that, since there’s a fixed supply of 1 billion GNT in existence, providers and users can reach their own prices and trade fractions of a coin as needed, so the value of a token itself doesn’t really have any price ceiling.

Instead, the price ceiling is found on the Golem network’s providers (the ones renting out their computing power). They’ll need to set competitive prices in order to get users coming to Golem rather than established cloud computing brands.

To provide some perspective, it’s worth noting that the Golem market cap topped US$400 million on 18 December 2017, while the total cloud computing market is well into the billions. Buyers should consider how much room Golem has to grow as it rolls out new features, and the extent to which it will disrupt incumbents.

Golem will be adding new functions and options over time, but it might be years before it can fulfill its potential, and become widely used by established industries that have traditionally turned to cloud computing instead.

A lot can happen in the meantime, and it’s possible that Golem itself will be disrupted before then. For example, a recent initiaI coin offering (ICO) raised over US$100 million for the development of a blockchain smartphone and PC, designed for built-in Golem-like functionality. These types of advances might undermine Golem in the future.

There’s also the question of steps that might be taken by established cloud computing providers. Like most cryptocurrencies, Golem is open source. There’s little to stop an established cloud computing provider from using the code for itself, in order to bring the benefits of Golem (such as the task definition framework) to its existing services. Or, other providers might simply start selling their own services directly through Golem and accumulating tokens themselves.

Blockchain technology has a huge amount of potential for decentralized computing, and right now Golem is positioning itself to disrupt the industry. However, it’s still in its early days and a lot can happen in a few years.