Where and how to buy and sell Bitcoin Satoshi's Vision (BSV) 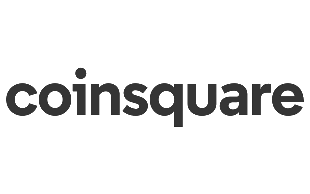 Bitcoin Satoshi’s Vision (BSV) is a fork of Bitcoin Cash that emerged on November 15, 2018. The most significant technical difference between BCH and BSV is that the SV variant has a 128MB block size, in contrast to the current 32MB BCH block size. You can buy Bitcoin SV on a variety of exchanges, so we’ve compared 80+ to make your decision a bit easier.

This is our quick guide to just one way to buy BSV. Compare some other options in the table below.

The following exchanges let Canadian users buy and sell BSV at the time of writing.

A step-by-step guide to buying BSV

You can buy BSV with fiat currency as well as cryptocurrency.

You can currently only buy BSV with Canadian dollars on Coinsquare. Note that on some exchanges, BSV may be referred to as Bitcoin Cash Satoshi’s Vision (BCHSV). On Coinsquare, you will find it listed as BSV.

You will also need to verify your account one of two ways in order to begin trading on Coinsquare.

Once your account has been verified, log in and click on the “Deposit” link. Coinsquare has a variety of deposit methods availableincluding Interac e-Transfer, credit card, money order, Flexepin voucher, wire transfer, Instant Transfer and more.

When the funds have cleared, click on “Buy/Sell” link, search for Bitcoin Cash Satoshi’s Vision (BSV) and click on the buy button. You’ll then be able to enter the amount of BSV you’d like to purchase.

Make sure you take a moment to review the full details of your transaction before you finalize it.

You can buy BSV with other fiat currencies such as US dollars on a handful of exchanges that accept it, such as Bittrex.

However, there are way more options to buy BSV with digital currencies.

How to buy BSV with cryptocurrency

There are quite a few ways to buy BSV with another cryptocurrency, so remember to compare a few platforms to find one that’s right for your needs.

KuCoin is one of the exchanges that offers BSV. You can sign up for a KuCoin account by providing your email address and choosing a password. Make sure you enable two-factor authentication on your account before depositing any funds.

The next step is to deposit the funds to buy BSV. If you already have funds in your account, you can skip to step 3.

To transfer funds, first check your address. On KuCoin, this involves going to your account and selecting the relevant cryptocurrency. This will show you the relevant wallet address.

Choose the one you want to trade for BSV, and then copy the wallet address or scan the QR code. Use this to deposit the funds from an external wallet.

Once the funds have arrived in your account, go to the exchange page to buy BSV. On KuCoin, this means going to the “Exchange” tab. Now search for the pair you want to trade, such as USDT/BSV. Select a limit, market or stop-limit order before entering the amount of BSV you want to buy.

Review the transaction details and confirm all the details are correct before clicking “Buy BSV.”

How to sell BSV

To sell BSV, the process is similar to the buying process above, except you’re buying something else with BSV, rather than buying BSV with something else.

The other fiat and cryptocurrencies you can exchange BSV for will depend on the platform you use, so do your research to find one that suits your needs.

The first key feature of BSV is its 128MB block size, which can theoretically allow for higher throughput than Bitcoin Cash and bitcoin.

This might allow for some additional features in the future, and in the event of BSV becoming much more widely used than BTC and BCH today, it might allow for higher transaction throughput.

Currently, however, the larger block size has no functional impact on how the coin can be used.

The second key feature is that its developers plan to pursue a more centralized and commercial model for the coin’s growth, as it will be dependent on a small handful of large mining firms to handle the demands of its immense block size.

The third key feature of BSV is its claim to be the one true bitcoin. It claims to be led by Craig Wright, whose supporters believe him to be Satoshi Nakamoto. One of the central tenets of BSV is that BTC and BCH have lost their way and become technologically mangled over time.

As one of the key BSV supporters, CoinGeek’s Calvin Ayre, explained:

“Bitcoin was born with a mature economic model and platform developers have consistently tinkered it to death…first by forking to Segwit BTC and now ABC has abandoned Bitcoin’s core principles by abandoning Nakamoto consensus (sic) and trust in miners’ Proof of Work… Bitcoin SV is the original Bitcoin.”

The goal now, according to Ayre, is for market forces to decide which of the three varieties of bitcoin they like best by voting with their money.

You can use BSV with many of the same wallets that can also hold Bitcoin Cash.

Get a list of some of the best BCH wallets

Why Bitcoin SV considers itself the only real bitcoin

To understand Bitcoin SV, it is important to understand three key assumptions that underlie its creation and much of its support.

As Ayre, Wright and many Bitcoin SV supporters explain, BSV was created specifically because the other coins bearing bitcoin’s name — first BTC and then BCH — became flawed after deviating from the bitcoin whitepaper.

As one SV supporter explains:

“In August last year Bitcoin died on the BTC chain with the introduction of Segwit. It survived in the form of Bitcoin Cash until yesterday when it was killed off again by Bitcoin ABC. If Bitcoin SV had not stood it’s (sic) ground and preserved the rules of Bitcoin in SV, yesterday would have been the last day Bitcoin existed in this world.”

Under this interpretation, the first big deviation occurred when the bitcoin community failed to decisively adopt a larger block size, and instead opted to “tinker it to death” in Ayre’s words, by pursuing scaling solutions such as Segwit and the Lightning Network.

It was at this time that Bitcoin Cash is believed to have become the real bitcoin.

But soon Bitcoin Cash also deviated from Satoshi’s vision, when its ABC group of developers proposed an update that was thought to violate the rules laid down by the whitepaper. This quickly sparked debates in the community, and the personalities on what has since become the Bitcoin SV side of the fence eventually proposed their own alternative update. There was no clear agreement on which proposal should be the one to pass, and neither side agreed to recant their development roadmap.

Risks and things to consider

Cryptocurrencies are high-risk assets and BSV is no exception. Some of the particular risks to be aware of with BSV include doubts about whether the goals proposed by the team are technically feasible, or if the team assembled at BSV has the technical acuity to achieve them even if they are.

Several accidental chain re-organizations have given people cause to doubt the capability of the team at BSV.

It should also be noted that BSV mining is currently highly centralized, and is designed to remain so — or to become even more centralized — over time.

How to buy, sell and trade Dai (DAI) A guide to Grin (GRIN) and where to buy it