fuboTV sports: The 5 biggest sports you can live stream with fuboTV in Canada

With sports streaming channels available in multiple languages, fuboTV enables fans to watch live sports from all over the world on their smartphones, TVs or tablets. 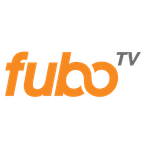 What’s more, subscribers can access online live fixtures, interviews, statistics and galleries filled with the latest information and photos from the world’s greatest game. Plus, if you’re a Benfica fan, you’re in luck because you get an entire channel dedicated to the popular Portuguese team.

Which fuboTV sports streaming channels can I watch soccer on?

What soccer leagues and teams does fuboTV broadcast?

This is a list of the soccer leagues and teams fuboTV has the rights to broadcast through its sports streaming network in Canada:

fuboTV gives you access to the MLB Network. Catch any MLB game live via the network, including your favourite Canadian teams. You can also catch MLB Tonight, Hot Stove and Quick Pitch on the network. If you don’t have the time to sit through nine innings, head online to the website to review the game re-cap and check out the photo gallery.

If you’re a big fan of motorsport, you’ll be able to indulge in the fast-paced action on fuboTV Canada. Catch FIA European Rallycross Championship and Motocross World Championship action live. If you miss a race, head online to view fixtures, photos, re-caps and more.

On the Canada-based Fight Network, stream your favourite full-contact fights including mixed martial arts, boxing, wrestling and kickboxing. Tune in for live fights, including the popular Ultimate Fighting Championship and the World Series of Fighting. While you’ll get access to the greatest UFC fights in North America, you’ll also be able to keep up with the international fighting community, with MMA, boxing and wrestling matches from around the world.

Other sports you can watch on fuboTV

fuboTV also offers a variety of lesser known but entertaining and competitive sporting events through beIN SPORTS. Keep a look out for handball, with the recent airing of the 2022 EHF European Men’s Handball Championships in January. From November 27 to December 11, 2022 you can watch the World Floorball Championships. beIN SPORTS has also offered padel coverage and drone racing coverage.

What sports streaming channels does fuboTV offer in Canada?

How much does fuboTV cost?

Chelsey Hurst is an associate editor at Finder. She loves empowering people to avoid financial pitfalls and make better decisions with their money. Chelsey has a Bachelor of Science from Redeemer University, a Master of Science from McMaster University, and has won multiple awards for research communication. In her spare time, Chelsey enjoys cooking and taking long walks in nature.