Are Canada’s most dangerous jobs really worth the risk?

Have you ever thought about how dangerous your industry is? Or how it compares to others? And are you compensated for that risk?

Many Canadians risk their lives every day by earning a living, and it might not be the cliché jobs that you’d expect. While logging and forestry is the most dangerous industry in Canada, the communications and utilities, as well as government services industries, weren’t far behind.

But are these dangerous jobs really worth the risk?

We’ve crunched the numbers to calculate the Finder Job Score that takes into account the level of danger and average salary for each industry. In other words, the risk and reward involved with taking a more lucrative career path. We then ranked each industry based on this score to determine which jobs had the highest risk for the lowest reward, or conversely, the highest reward for the lowest risk.

Make sure you consult this list the next time you consider a career move. It could save you a world of hurt (literally!).

The average weekly wage for each industry was then compared against the Danger Score to create the Finder Canada Job Score. The greater the Job Score, the higher the reward for the least amount of risk.

For example, the finance and insurance industry’s Job Score topped the list at 210 points. On the flip side, logging and forestry industry scored the lowest on the scale with 2.2 points.

We ranked the industries to find the best and worst jobs in terms of risk and reward.

Here’s how the industries scored:

Sources: finder.com, Government of Canada, Statistics Canada, Average weekly earnings. Where salary data was not available on Statistics Canada for the categories ‘Agriculture’, ‘Fishing and trapping’ and ‘Business services’, this data was found from salary finder Neuvoo.

Let’s break it down…

Worth the risk: Top 3 industries

The finance and insurance industry could be considered the cream of the crop, with an average weekly wage of $1,260 and a Danger Score of just 6 – making it the best choice for least danger and highest reward. The industry earnt a Finder Canada Job Score of 210. This is due to no fatalities recorded for the year of 2016, and just 506 injury claims, which is 0.06% of all workers in this industry. 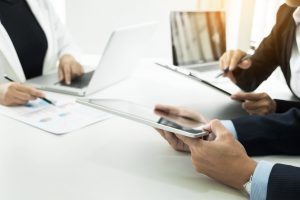 Real estate operators and insurance agents earn an average wage of $969 per week. There were no recorded fatalities for the year 2016 in this industry, and with just 1,669 claims, this is just 0.52% of all people in this industry. The industry landed on a Finder Canada Job Score of 18.5. 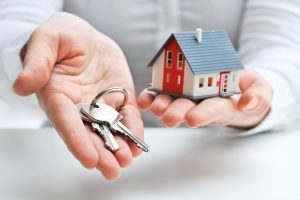 Business services comes in third, with an average weekly wage of $1,727. However with 9 recorded fatalities and nearly 7 thousand claims (6,728) , the industry earnt a Danger Score of 100. Overall, the Finder Job Score for risk versus reward came in at 17.4. Logging and forestry ranked last, with a Finder Job Score of just 2.2. While these jobs can yield an average weekly wage of $1,109, the industry is the most dangerous of the jobs listed with a Danger Score of 504. This is due to 11 recorded fatalities in the year 2016, which amounts to 0.0229% of all workers in the industry. This is combined with 1,324 claims (2.75% of all logging and forestry workers), making it the most dangerous, and the least rewarding job, of all industries listed. 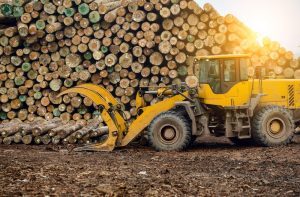 Accommodation, food and beverage services comes in as the second worst industry overall, with a Danger Score of 131 and a weekly wage of just $371. There were 6 recorded fatalities for this industry and over 15 thousand claims (15,316), which amounts to 0.0005% and 1.26% of all workers in the industry, respectively. While not an extremely high risk industry, the relatively low wages yield this industry a final Finder Job Score of 2.8. 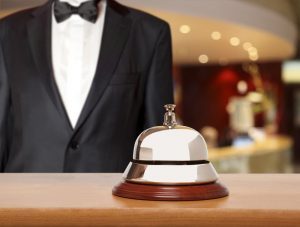 Construction is the third most dangerous industry to work in. The industry has a relatively high Danger Score of 332, due to 203 recorded fatalities for the year 2016 and over 25 thousand claims (25,645). This is paired with an average weekly wage of $1,217, yielding a Finder Job Score of just 3.7. 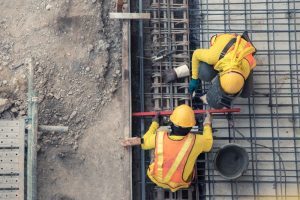 The Danger Score was calculated by first finding the proportion of fatalities against the total number of people in each industry. We repeated this process for the number of claims, creating individual proportions for both.

To account for a difference in significance for fatalities and injury claims, where fatalities represent a more significant risk of danger than injuries, we multiplied the proportion of fatalities by 1 million and the proportion of claims by just 10,000. This determined an individual claims and fatalities score for each. We then summed these figures together, arriving at our Danger Score.

Here’s how the industries scored:

To conduct this research, we did the following:

Danger score:
Combined the claims score to the fatalities score for the total danger score.

Claims score:
Using data for the year 2016 from the Association of Worker’s Compensation Boards of Canada (number of claims) and Statistics Canada Statistics Canada (number of people per industry), we divided the number of claims by the number of people in the industry to calculate the proportion of each industry who have made claims.
Multiplied the proportion of claims by 10,000 for the claims score.

Michelle Hutchison is chief operating officer at Schebesta Ventures. She's an award-winning public relations pro and advisory board member, and has held multiple roles in Finder including global head of communication and compliance officer for Finder Ventures, and global head of communication for Finder. Michelle started at Finder in 2013 as the Australian head of PR and money expert. With more than a decade of experience in public relations, Michelle was formerly a journalist and editor, and has written for numerous publications including The Guardian, The Sydney Morning Herald, Mamamia and New Idea.