Apple is one of the most recognised consumer brands in the world today. Based in Cupertino, California, the company is renowned for its changing range of electronics. Currently Apple sells Mac computers, iPhone mobile phones, iPod portable music players and tablet computers and iPads. Strong sales from products have seen Apple move into second place of the largest information technology companies.

Placing an online order for an Apple product is easy using the official Canadian Apple Store. To sweeten the offer further, you can get free engraving on selected items. Be sure to take advantage of the latest deals to save on your order and receive free shipping in Canada. 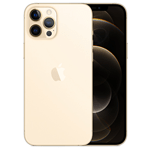 Get deal
Get it now at Apple. T&Cs apply. 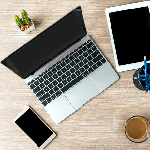 Get deal
Shop for Apple refurbished products with one-year warranty. All tested and certified. T&Cs apply. 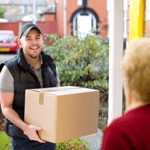 FREE shipping on all orders

Get deal
Valid for a limited time at Apple. T&Cs apply.

Get a $75 Apple Store Gift Card

Expired 30 Nov 2020
Get up to $210 Apple gift card with the purchase of selected products. Valid for a limited time only. T&Cs apply.
Get deal

Apple started in 1976 by founders Steve Jobs, Steve Wozniak and Ronald Wayne. Wayne shortly after sold his stake in the company back to Jobs and Wozniak. The first hardware sold by Apple was the Apple I in 1976 as a motherboard which came with a CPU, RAM and a graphics card. Apple continued to develop their product offering and released both the Apple Lisa and Macintosh in the early 1980’s. The Macintosh was advertised by a now famous commercial directed by acclaimed movie director Ridley Scott. Sales grew strongly but did not hold.

Apple struggled through the late 1980’s and early 1990’s, until the launch of the iMac in 1998. This saw growth levels unprecedented in the company’s history and over a million units were sold in that year. Apple continued to innovate their new product and sales continued to grow. They released a new portable music device, the iPod, in 2001 which went on to lead the digital transformation if the music. In 2006, Apple transitioned to use Intel processors and rolled out the revolutionary Macbook Pro. This further fuelled their growth and saw Apple continuing to create new devices.

Apple released their first smartphone in 2007, which was well received by consumers and quickly grew in market share. Each year since the company has revealed updated revisions of their devices which further helped increase annual revenues. The computer industry was then transformed in 2010 by the new portable tablet device, the iPad.

Apple hasn’t always been loved by people around the world. As a leading technology company, they have had challenges with reducing expenditure without coming at the price of upsetting the people. Apple’s contracted manufacturing workforce has been the subject of public scrutiny over conditions. In addition, Apple has received flack for reducing levels of tax paid in high tax regions by creating subsidiaries in low-tax countries or territories.

Yes – you can buy a range of goods from the Apple store. This includes iPads, iPad Mini, iPhone, iPod, lightning cables and accessories.

Was this content helpful to you?
Thank you for your feedback!
ASOS discount codes and coupons July 2021 GoDaddy Promo Codes & Coupons That Actually Work