What is Age of Rust?

Age of Rust is a single-player first-person adventure puzzle game built on the Enjin platform. Players explore abandoned ships, mysterious caverns, and ruins on faraway worlds. While exploring, players solve puzzles with varying degrees of difficulty. Successfully solving puzzles rewards players with cryptocurrency and NFTs which can be used in-game or sold on secondary marketplaces. 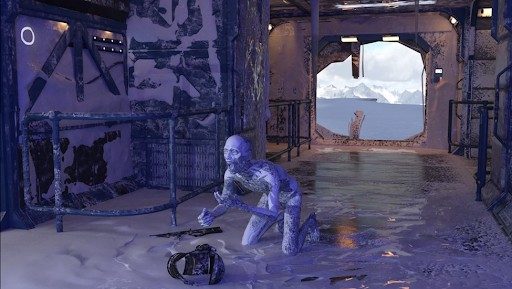 Age of Rust is an indie-developed game that boasts AAA graphics. Age of Rust’s story is a unique take on a dystopian sci-fi future where machines have gained consciousness and seized power from humans. You play the character of Quinn 7, one of the most prolific cipher-hackers of the 22nd century. Your role is to find out what happened and find a way to reverse it through your puzzle-solving abilities while fending off bounty hunters, mechs and other unknown dangers.

The gameplay is broken down into 3 distinct mechanics with varying reward structures:

Age of Rust will launch with 3 seasons, the first being accessed from an upfront fee of $14.99. The second and third seasons are unlocked through the in-game currency rustbits. In total, the game offers 100 hours of story-driven gameplay through its exploring and puzzle-solving mechanics. The 20-Bitcoin (BTC) treasure hunt will be awarded in season 3 with clues scattered across the game throughout all 3 seasons.

What are NFTs on Age of Rust?

NFTs in Age of Rust take on many forms and can be bought, sold and traded on secondary marketplaces. NFTs can offer players anything from gaining special abilities and weapons to unlocking additional levels and content to experience. Unique weapons and abilities can assist players in being able to reach areas within the game they otherwise would not be able to reach. NFTs can also make the fighting component of the game easier. As opponents get progressively more difficult as players advance in the game, NFT weapons can make defeating them easier.

Age of Rust may appear to be an example of a pay-to-win game where whales have the opportunity to buy their way to the highest treasure rewards (20 BTC). This was one of the main concerns brought to the developer in the alpha stage of development. The developer (SpacePirate Games) was able to identify this as a potential issue within the game. In pre-alpha gameplay, Age of Rust had a larger action-adventure component with a higher emphasis on fighting enemies for rewards. Now, Age of Rust has firmly solidified itself as an adventure puzzle game with a minor fighting bounty hunting component that enhances the puzzle-solving aspect.

There are over 37,000 NFT tokens throughout the 3 seasons, and 1,000,000 of the in-game rustbit currency that can also be bought, sold and traded on secondary markets. Here is a list of some of the rarest NFT trophy tokens: 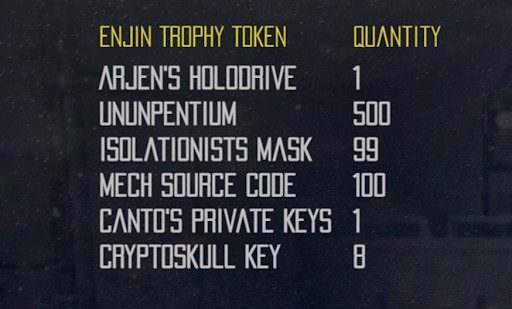 Challenges for Age of Rust

Age of Rust launched its beta on the traditional online gaming platform Steam back in June 2021. In October 2021, Steam and its parent company Valve updated their terms of service to remove games that are built on blockchain technology or allow NFT and cryptocurrency trading. Age of Rust was de-platformed and is currently looking for another platform to launch the first 2 seasons sometime in 2022.

This decision by Steam to de-platform and reject blockchain games that utilise NFT and cryptocurrency trading is not only a blow to Age of Rust, but to the entire decentralised gaming industry. With nearly 30,000 games and 120 million monthly active users of the platform, Steam is one of the largest gaming platforms around. Steam’s platform could have been an extremely efficient way to introduce a largely receptive audience to decentralised gaming and the cryptocurrency industry.

How does play to earn work within Age of Rust?

Age of Rust has an initial upfront cost of $14.99 to purchase the game. This initial fee unlocks the first season of Age of Rust. The second and third seasons are unlocked by the in-game currency rustbits. Rustbits can be earned through completing in-game challenges or puzzles. Rustbits can be bought, sold and traded on secondary marketplaces like OpenSea and the Enjin marketplace. 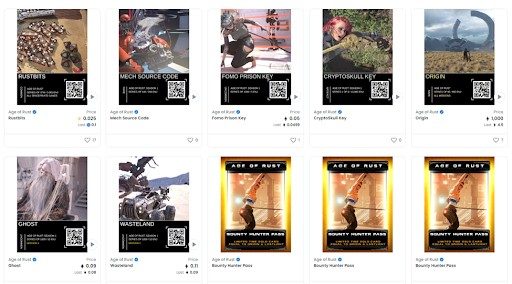 Age of Rust is run on the Ethereum blockchain and the main token utilised is the Enjin token. Before you can play Age of Rust you will first need to create and link your Enjin wallet to your Age of Rust account. NFTs can be bought and sold on the Enjin marketplace. Cryptocurrency rewards are given out in either Enjin tokens, or in BTC for the larger treasure hunt rewards in season 3.

The play-to-earn component is achieved through completing puzzles, treasure hunts or advancing to new areas in the game. Players receive their rewards in either cryptocurrency (ENJ/BTC) or a limited number of NFTs. The NFTs can access new areas in the storyline, new bounty hunting challenges, and are required for accessing the larger treasure hunting rewards later in the game.

How to play Age of Rust

Age of Rust is a first-person game where the player has the viewpoint of the character Quinn 7. The player default controls are for traditional keyboard layout controls of (W, A, S, D) with a point and click component on the mouse. These can all be adjusted within the game to whatever the player is most comfortable with. 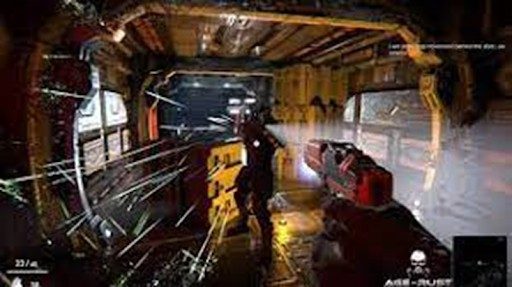 The game combines an action and adventure style of game where players fight off enemies and blend it with a problem solver where players spend most of their time in the game solving complex puzzles. Similar to games like Alien isolation, Myst and Firewatch. The AAA graphics offer an immersive world with a complex dystopian future back story. 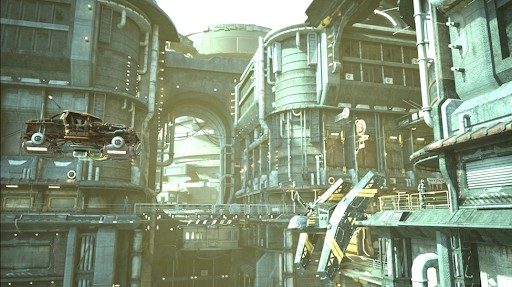 Age of Rust is an ambitious game for an indie developer, and its initial release dates being postponed several times indicates how large and complex an undertaking this is proving to be. It is a niche game for players who are maybe tired of the current gaming marketplace, or who are simply curious about getting involved in decentralised games or cryptocurrency and NFTs.

The announcement by Steam and Valve in October about de-platforming and removing blockchain games that utilise cryptocurrency and NFT trading was a blow to development. The decision came as Age of Rust was in its beta version that allowed early investors access through its NFTs. As Age of Rust searches for a new online gaming platform to launch on, it will miss out on a large part of its demographic gaming audience because of Steam’s new terms of service. This announcement will impact the secondary marketplace value for buying and selling NFTs found within the game due to there simply being a smaller audience aware of the game.

Age of Rust offers a unique experience in the decentralised blockchain gaming space. For those who can seek it out when it launches in 2022, they will find a game with a fresh take on a sci-fi dystopian future. If a pro cryptocurrency and NFT gaming platform emerges with a large audience, Age of Rust could see a second wind and a rebound of interested players.