How to buy Tucows (TCX) stock

Learn how to easily invest in Tucows stock.

Tucows Inc is a software-infrastructure business based in the US. Tucows shares (TCX) are listed on the NASDAQ and all prices are listed in US Dollars. Tucows employs 800 staff and has a trailing 12-month revenue of around 0.00.

How to buy shares in Tucows

Use our graph to track the performance of TCX stocks over time.

Tucows shares at a glance

Buy Tucows shares from these brokerages

Is it a good time to buy Tucows stock?

Is Tucows under- or over-valued?

Valuing Tucows stock is incredibly difficult, and any metric has to be viewed as part of a bigger picture of Tucows's overall performance. However, analysts commonly use some key metrics to help gauge the value of a stock.

Tucows's current share price divided by its per-share earnings (EPS) over a 12-month period gives a "trailing price/earnings ratio" of roughly 168x. In other words, Tucows shares trade at around 168x recent earnings.

The PEG ratio provides a broader view than just the P/E ratio, as it gives more insight into Tucows's future profitability. By accounting for growth, it could also help you if you're comparing the share prices of multiple high-growth companies.

The EBITDA is a measure of a Tucows's overall financial performance and is widely used to measure a its profitability.

There are a few different ways that this level of interest in shorting Tucows shares can be evaluated.

However Tucows's short interest can also be evaluated against the total number of Tucows shares, or, against the total number of tradable Tucows shares (the shares that aren't held by "insiders" or major long-term shareholders – also known as the "float"). In this case Tucows's short interest could be expressed as 0.06% of the outstanding shares (for every 100,000 Tucows shares in existence, roughly 60 shares are currently held short) or 0.0799% of the tradable shares (for every 100,000 tradable Tucows shares, roughly 80 shares are currently held short).

A SIR above 10% would generally be considered pretty high, pointing to a potentially pessimistic outlook for the share price and a discouraging interest in betting against Tucows.

Find out more about how you can short Tucows stock.

We're not expecting Tucows to pay a dividend over the next 12 months.

Have Tucows's shares ever split?

Tucows's shares were split on a 1:4 basis on 30 December 2013. So if you had owned 4 shares the day before before the split, the next day you'd have owned 1 share. This wouldn't directly have changed the overall worth of your Tucows shares – just the quantity. However, indirectly, the new 300% higher share price could have impacted the market appetite for Tucows shares which in turn could have impacted Tucows's share price.

Beta is a measure of a share's volatility in relation to the market. The market (NASDAQ average) beta is 1, while Tucows's is 0.7339. This would suggest that Tucows's shares are less volatile than average (for this exchange).

Tucows in the news 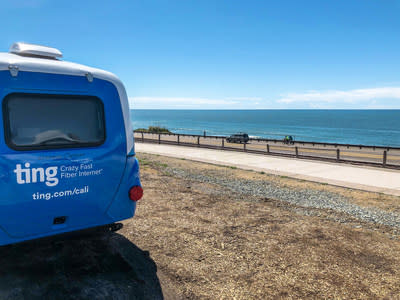 What percentage of Tucows is owned by insiders or institutions?
Currently 11.858% of Tucows shares are held by insiders and 77.123% by institutions. How many people work for Tucows?
Latest data suggests 800 work at Tucows. When does the fiscal year end for Tucows?
Tucows's fiscal year ends in December. Where is Tucows based?
Tucows's address is: 96 Mowat Avenue, Toronto, ON, Canada, M6K 3M1 What is Tucows's ISIN number?
Tucows's international securities identification number is: US8986972060 What is Tucows's CUSIP number?
Tucows's Committee on Uniform Securities Identification Procedures number is: 456662105
Was this content helpful to you?
Thank you for your feedback!