Pick up one of these featured titles on wizards in February 2021.

There are hundreds of books published on wizards. To save you time trying to find your next read, we pull together 10 of the most popular titles with updated prices for delivery to your door. 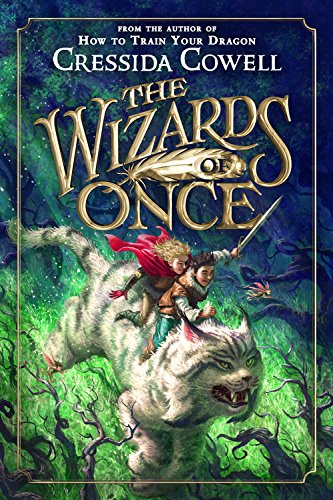 The instant New York Times and #1 international bestseller! The thrilling and enchanting first adventure of the new series by the bestselling author of How to Train Your Dragon, where the warring worlds of Wizards and Warriors collide. Once there was Magic, and the Magic lived in the dark forests. Until the Warriors came... Xar is a Wizard boy who has no Magic and will do anything to get it. Wish is a Warrior girl, but she owns something forbidden, something magical, and she will do anything to conceal it. When stars collide, Xar and Wish must forget their differences if they are ever going to make it to the hidden dungeons at Warrior fort--where something that has been sleeping for hundreds of years is stirring. With Cressida Cowell's trademark wit, and the same stunning combination of action, adventure, humor, heart, and incredible artwork that made How to Train Your Dragon a beloved modern classic, The Wizards of Once will transport and enchant readers. 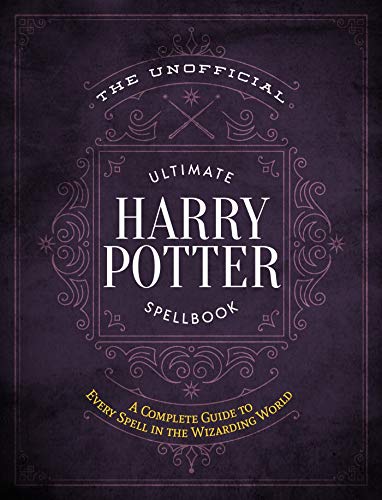 The Unofficial Ultimate Harry Potter Spellbook is a beautiful, elegantly designed reference that details all of the known spells cast in the Harry Potter films, books, video games and card games, as well as official Harry Potter spinoffs, such as Fantastic Beasts and Where to Find Them. Each spell is given its own entry including spell name, pronunciation details, a description of the spell effect, spell casting methods, wand movements, hand movements and vocalizations, plus primary sources in which the spell was used. Readers will also find trivia related to each spell, such as who it was used against, what the outcome was, or what a spell’s unusual history might be. There are more than 200 spells in all, plus suggestions for strategic spell use and methods for creating origianl spells. 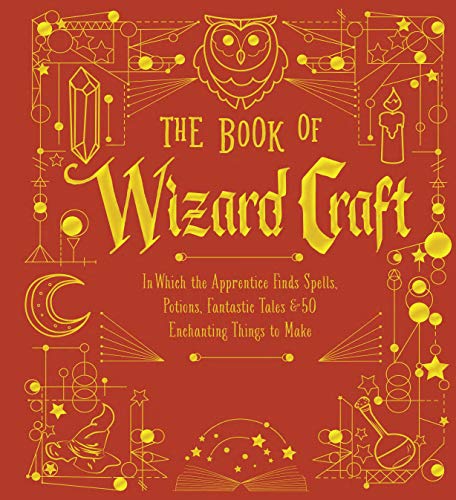 The Book of Wizard Craft: In Which the Apprentice Finds Spells, Potions, Fantastic Tales & 50 Enchanting Things to Make (The Books of Wizard Craft) by Inc. Sterling Publishing Co. 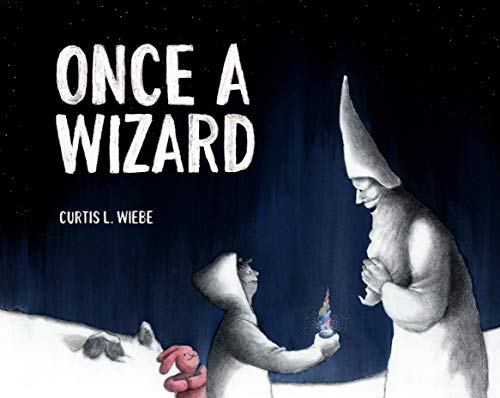 Once a Wizard: A Story About Finding a Way Through Loss by Curtis L. Wiebe 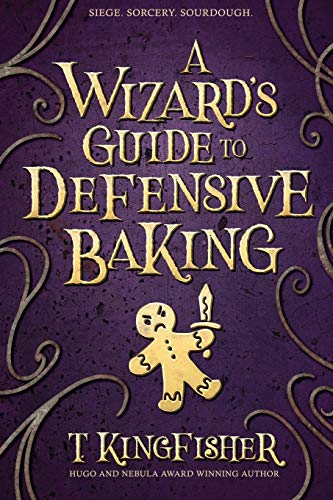 A Wizard's Guide to Defensive Baking by T. Kingfisher

Fourteen-year-old Mona isn't like the wizards charged with defending the city. She can't control lightning or speak to water. Her familiar is a sourdough starter and her magic only works on bread. She has a comfortable life in her aunt's bakery making gingerbread men dance.But Mona's life is turned upside down when she finds a dead body on the bakery floor. An assassin is stalking the streets of Mona's city, preying on magic folk, and it appears that Mona is his next target. And in an embattled city suddenly bereft of wizards, the assassin may be the least of Mona's worries¿ 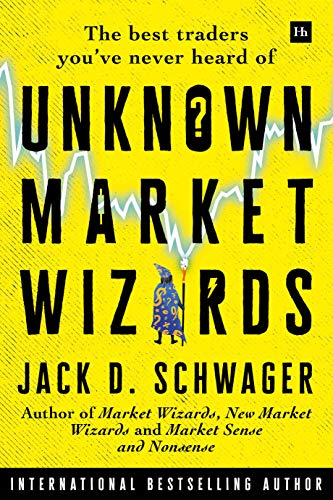 The Market Wizards are back! Unknown Market Wizards continues in the three-decade tradition of the hugely popular Market Wizards series, interviewing exceptionally successful traders to learn how they achieved their extraordinary performance results. The twist in Unknown Market Wizards is that the featured traders are individuals trading their own accounts. They are unknown to the investment world. Despite their anonymity, these traders have achieved performance records that rival, if not surpass, the best professional managers. Some of the stories include: - A trader who turned an initial account of $2,500 into $50 million. - A trader who achieved an average annual return of 337% over a 13-year period. - A trader who made tens of millions using a unique approach that employed neither fundamental nor technical analysis. - A former advertising executive who used classical chart analysis to achieve a 58% average annual return over a 27-year trading span. - A promising junior tennis player in the UK who abandoned his quest for a professional sporting career for trading and generated a nine-year track record with an average annual return just under 300%. World-renowned author and trading expert Jack D. Schwager is our guide. His trademark knowledgeable and sensitive interview style encourages the Wizards to reveal the fascinating details of their training, experience, tactics, strategies, and their best and worst trades. There are dashes of humour and revelations about the human side of trading throughout. The result is an engrossing new collection of trading wisdom, brimming with insights that can help all traders improve their outcomes. 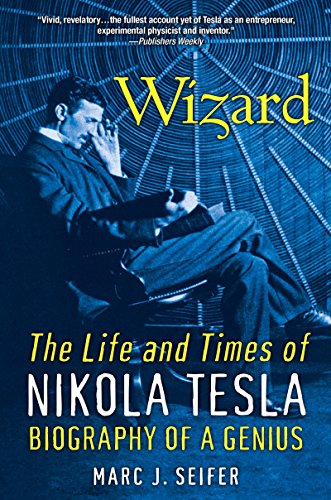 Wizard: The Life and Times of Nikola Tesla: Biography of a Genius by Marc Seifer

"["Wizard"] brings the many complex facets of [Tesla's] personal and technical life together in to a cohesive whole.... I highly recommend this biography of a great technologist." --A.A. Mullin, U.S. Army Space and Strategic Defense Command, COMPUTING REVIEWS "[Along with "A Beautiful Mind"] one of the five best biographies written on the brilliantly disturbed." --WALL STREET JOURNAL ""Wizard "is a compelling tale presenting a teeming, vivid world of science, technology, culture and human lives." --NEW SCIENTIST "Marc Seifer is an excellent writer and scholar, who has produced a wonderfully readable and illuminating biography of one of the most intriguing men of this century... mak[ing] us understand not only the man, but also the times in which he lived. . . . [A] masterpiece." --NELSON DEMILLE "The author presents much new material... [and] bases his book on a large number of archival and primary sources.... Underneath the layers of hero worship, the core of Seifer's book is a serious piece of scholarship." --Ronald Kline, SCIENTIFIC AMERICAN "Seifer has done a remarkable job going through all the Tesla manuscripts... ferret[ing] out hundreds of newspaper and magazine articles in which he traces out Tesla's public image [and] offers a reasonable reconstruction of Tesla's emotional world. . . . Seifer has significantly advanced our understanding of Tesla." --Bernard Carlson, author of Tesla: Inventor of the Electrical Age, for ISIS "It is my opinion that Dr. Seifer leads the world as the most authoritative of all the Tesla researchers." --J.W. McGINNIS, President, International Tesla Society "Far and away the best job among Tesla biographies." --Jeffrey D. Kooistra, INFINITE ENERGY ""Wizard "is ... utterly absorbing with chapters charting all stages of Tesla's life.... Seifer treats his prodigious subject with sympathy and realism." --NEXUS "Wizard... presents a much more accurate... picture of Tesla.... [It] is thorough, informative, entertaining and a valuable addition to electrotechnological history, past and future." --ELECTRONIC ENGINEERING TIMES "In modern times, Tesla may be enjoying a comeback thanks to books like "Wizard."" --THE NEW YORK TIMES "Here is a deep and comprehensive biography of a great engineer of early electrical science. Indeed, it is likely to become the definitive biography of the Serbian-American inventor Nikola Tesla. .... Highly recommended." --AMERICAN ASSOCIATION FOR THE ADVANCEMENT OF SCIENCE 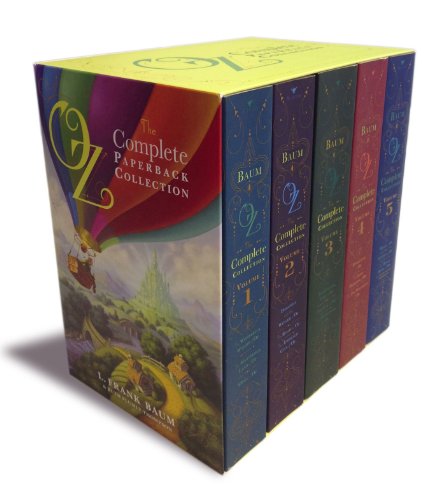 The definitive Oz experience: Immerse yourself in the wonder of Oz in this keepsake collection of fifteen titles from L. Frank Baum’s cherished American fairy tale series. This lavishly packaged boxed set includes fifteen classic and beloved Oz tales in five paperback volumes: Volume 1: The Wonderful Wizard of Oz, The Marvelous Land of Oz, Ozma of Oz Volume 2: Dorothy and the Wizard in Oz, The Road to Oz, The Emerald City of Oz Volume 3: The Patchwork Girl of Oz, Tik-Tok of Oz, The Scarecrow of Oz Volume 4: Rinkitink in Oz, The Lost Princess of Oz, The Tin Woodman of Oz, Volume 5: The Magic of Oz, Glinda of Oz, The Royal Book of Oz 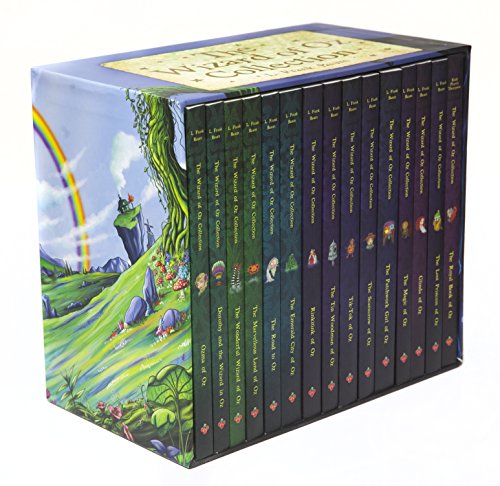 The Wizard of Oz Collection by L. Frank Baum 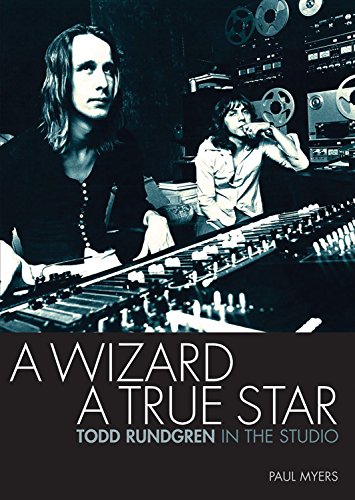 "If you know what you want, I'll get it for you. If you don't know what you want, I'll do it for you." Todd Rundgren. Few record producers possess the musical facility to back up such a bold promise, but in over forty-plus years behind the glass, Todd Rundgren has willed himself into becoming a not only a rock guitar virtuoso, an accomplished lead vocalist, and a serviceable drummer, vocal arranger and keyboard player, but also a master of perhaps his greatest instrument of all, the recording studio. Throughout his career, Rundgren has ping-ponged between the worlds of producer and recording artist with varying degrees of critical and commercial success. After learning his craft as a songwriter and arranger, with Nazz, Rundgren gained attention for engineering recordings by The Band. His reputation was cemented by a string of noteworthy productions beginning in 1971 with Sparks, and continuing with classic albums for Grand Funk, The New York Dolls, Badfinger, Hall & Oates, Meat Loaf, Patti Smith Group, Psychedelic Furs and XTC. All of this alongside his own solo albums – such as, Something/Anything, A Wizard A True Star and Hermit Of Mink Hollow – on which he played and sang virtually everything, and a series of albums by his band, Utopia. Researched and written with the participation and cooperation of Rundgren himself, Todd Rundgren: Sounds Of The Studio is a fascinating and authoritative trip through the land of flickering red lights inhabited by a studio wizard – and true star – who has rarely enjoyed a proper victory lap along the many trails that he has blazed. Draws upon exclusive new interviews with Robbie Robertson, Patti Smith, XTC, Sparks, Daryl Hall & John Oates, Meat Loaf, Jim Steinman, Cheap Trick, Grand Funk, The Psychedelic Furs, The Tubes, Steve Hillage, all members of Rundgren's legendary band, Utopia, and many other key Rundgren associates.
Was this content helpful to you?
Thank you for your feedback!
10 books about penguins 10 books about Ted Bundy