10 books about the Revolutionary War

Pick up one of these featured titles on the Revolutionary War in March 2021.

There are hundreds of books published on the Revolutionary War. To save you time trying to find your next read, we pull together 10 of the most popular titles with updated prices for delivery to your door. 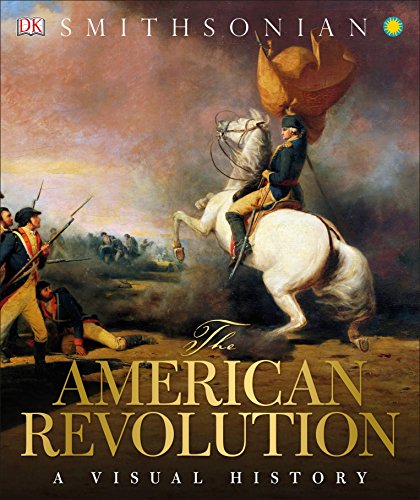 The American Revolution: A Visual History by DK

The American Revolution will transport you back in time and onto the frontlines. This complete overview of the war brings all the action to life, from the Boston Massacre and the Boston Tea Party to the Declaration of Independence and the Treaty of Paris. Beginning with the first stirrings of colonial resistance, The American Revolution presents illustrated accounts of every major military action and comprehensive timelines for every stage of the war. Revealing first-person accounts by soldiers and civilians and profiles of the war's main protagonists, from George Washington to Benedict Arnold. Gallery spreads feature collections of weapons and uniforms, and feature sections detail the politics of the war, such as the treatment of prisoners and the revolution's implications for women, Native Americans, and African Americans. Two hundred and forty years after the signing of the Declaration of Independence, The American Revolution demonstrates that the story of how America overthrew the British is as meaningful today as it was when the ink was still wet on the parchment. Created in association with the Smithsonian Institution. 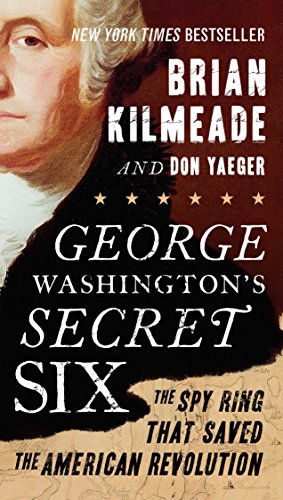 When George Washington beat a hasty retreat from New York City in August 1776, many thought the American Revolution might soon be over. Instead, Washington rallied-thanks in large part to a little-known, top-secret group called the Culper Spy Ring. He realized that he couldn?t defeat the British with military might, so he recruited a sophisticated and deeply secretive intelligence network to infiltrate New York.Drawing on extensive research, Brian Kilmeade and Don Yaeger have offered fascinating portraits of these spies- a reserved Quaker merchant, a tavern keeper, a brash young longshoreman, a curmudgeonly Long Island bachelor, a coffeehouse owner, and a mysterious woman. Long unrecognized, the secret six are finally receiving their due among the pantheon of American heroes. 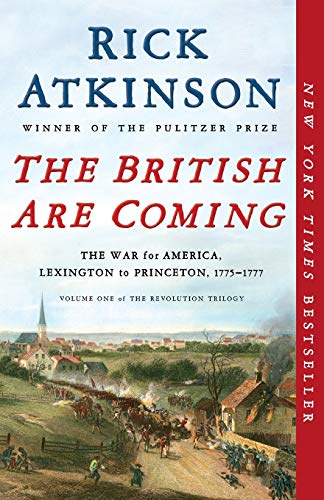 The British Are Coming: The War for America, Lexington to Princeton, 1775-1777 (The Revolution Trilogy, 1) by Rick Atkinson

The paperback edition of the New York Times bestseller that the Wall Street Journal said was “chock full of momentous events and larger-than-life characters.” Rick Atkinson, author of the Pulitzer Prize–winning An Army at Dawn and two other superb books about World War II, has long been admired for his deeply researched, stunningly vivid narrative histories. Now he turns his attention to a new war, and in the initial volume of the Revolution Trilogy he recounts the first twenty-one months of America’s violent war for independence. From the battles at Lexington and Concord in spring 1775 to those at Trenton and Princeton in winter 1777, American militiamen and then the ragged Continental Army take on the world’s most formidable fighting force. It is a gripping saga alive with astonishing characters: Henry Knox, the former bookseller with an uncanny understanding of artillery; Nathanael Greene, the blue-eyed bumpkin who becomes a brilliant battle captain; Benjamin Franklin, the self-made man who proves to be the wiliest of diplomats; George Washington, the commander in chief who learns the difficult art of leadership when the war seems all but lost. The story is also told from the British perspective, making the mortal conflict between the redcoats and the rebels all the more compelling. Full of riveting details and untold stories, The British Are Coming is a tale of heroes and knaves, of sacrifice and blunder, of redemption and profound suffering. Rick Atkinson has given stirring new life to the first act of our country’s creation drama. 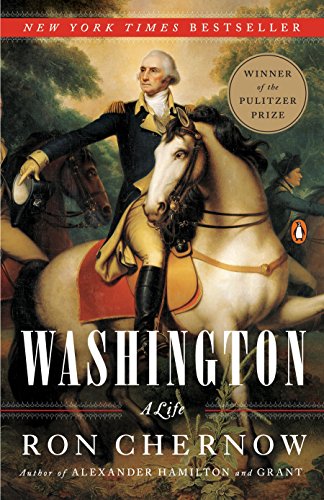 Washington: A Life by Ron Chernow

A comprehensive account of the life of George Washington negates the stereotype of a stolid, unemotional man and instead reveals a dashing, passionate man of fiery opinions and many moods who fiercely guarded his private life. 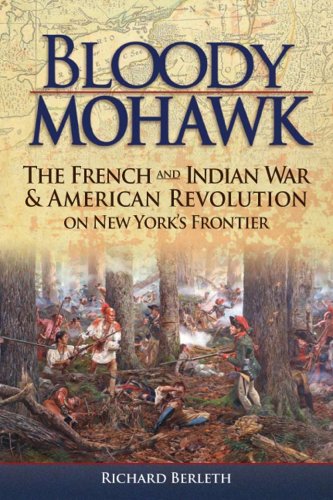 This sweeping historical narrative chronicles events instrumental in the painful birth of a new nation—from the Bloody Morning Scout and the massacre at Fort William Henry to the disastrous siege of Quebec, the heroic but lopsided Battle of Valcour Island, the horrors of Oriskany, and the tragedies of Pennsylvania's Wyoming Valley massacre and the Sullivan-Clinton Expedition's destruction of the Iroquois homeland in western New York State. Caught in the middle of it all was the Mohawk River Valley. Berleth explores the relationship of early settlers on the Mohawk frontier to the Iroquoian people who made their homes beside the great river. He introduces colonists and native leaders in all their diversity of culture and belief. Dramatic profiles of key participants provide perspectives through which contemporaries struggled to understand events. Sir William Johnson is here first as a shopkeeper and farmer, then as a brother Mohawk and militia leader, and lastly as a crown official charged with supervising North American Indian affairs. We watch Johnson in his final years wrestling with Indian war and the unraveling of British America. We meet the frontier ambassador Conrad Weiser, survivor of the Palatine immigration, who agreed not at all with Johnson or his party. And we encounter the young missionary, Samuel Kirkland, as he leaves Johnson's household for a fateful sojourn among the Senecas.Johnson's heirs did much to precipitate the outbreak of violent hostilities along the Mohawk in the first months of the War of Independence. Berleth shows how the Johnson family early sought to save their patrimony in the valley just as patriot forces maneuvered to win Native American support or, at least, neutrality. When Joseph Brant, Thayendanegea, rushed Native Americans to war behind the British, it fell to General Philip Schuyler, wealthy scion of an old Albany family, to find a way to protect the Mohawk region from British incursion. His invasion of Canada fails; his tattered army fights at Valcour Island, Ticonderoga, Hubbardton, retreating steadily. Not until on the line of the Mohawk is the enemy stopped.But the battles of Oriskany, Fort Stanwix, Saratoga, and Bennington do not end the fighting in upstate New York. As the national effort moves elsewhere, the Mohawk Valley plunges into bitter internecine conflict. Raids and ambushes go on for four more years until, in the end, the level of destruction from Tory actions and Brant's war parties staggers the imagination. Two out of every three inhabitants are dead, captured, or missing; farms and villages are laid waste. Charred ruins replace once-prosperous communities in Cobleskill, Cherry Valley, Andrustown, German Flats, Vroomansland, Neversink, Little Falls, Johnstown, Schoharie, Middleburgh, some never to be rebuilt. The villages of the Oneidas, America's first allies, have been leveled by their former brothers in the Iroquois Confederation. Bloody Mohawk leaves us to ponder the roots of civil war in nonnegotiable ethnic and cultural misunderstandings. It offers a glance into an aspect of New York State history often overlooked. 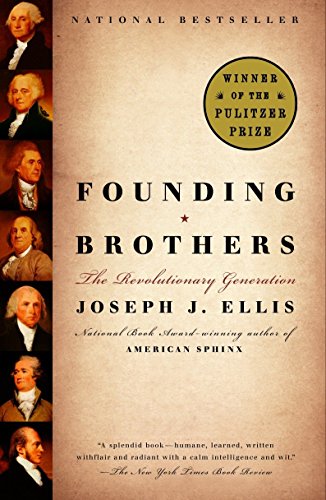 The introduction, discussion questions, suggestions for further reading, and author biography that follow are intended to enhance your reading group's discussion of Joseph Ellis's Founding Brothers: The Revolutionary Generation . We hope they will enrich your experience of this Pulitzer Prize-winning study of the intertwined lives of the founders of the American republic--John Adams, Aaron Burr, Benjamin Franklin, Alexander Hamilton, Thomas Jefferson, James Madison, and George Washington.

Battles of the Revolutionary War Map by National Geographic Society 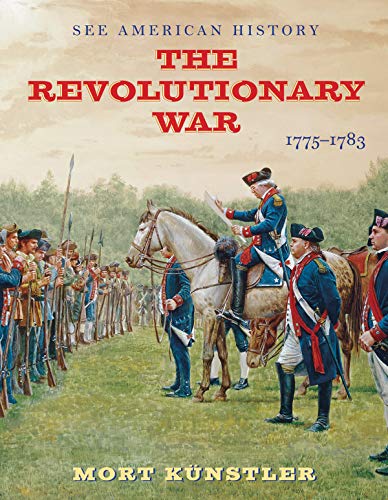 For the first title in this series, Künstler's paintings bring history to life with vivid, high-action portrayals of the primary events that won Americans their freedom from Britain: the Boston Tea Party, the Siege of Yorktown, Paul Revere's ride, and the signing of the Declaration of Independence. The epic artworks faithfully chronicle these moments from history and encourage children to look again and again for special details--from the number of stars on George Washington's flag to the style of a soldier's uniform. Together with text by award-winning historian Alan Axelrod, these brilliantly explicit paintings engage a young reader's attention and introduce them to American history through the visual arts. 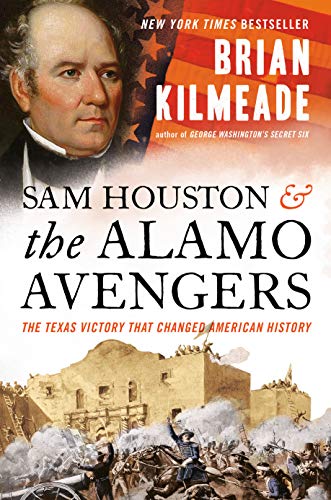 Sam Houston and the Alamo Avengers: The Texas Victory That Changed American History by Brian Kilmeade

In March 1836, the Mexican army led by General Santa Anna massacred about 200-250 Texans who had been trapped in a tiny adobe church in San Antonio for thirteen days. American legends Jim Bowie and Davey Crockett died there, along with other Americans who had moved to Texas looking for a fresh start. The devastating loss galvanized the surviving Texans. Under General Sam Houston, a maverick with a rocky past, the tiny army of settlers rallied. Just one month after the massacre, the underdog Texans soundly defeated the "Napoleon of the West" (as Santa Anna styled himself) at the Battle of San Jacinto. They secured the independence of the land their friends had died for. In his now trademark fashion, Brian Kilmeade explores hidden aspects of Sam Houston, the first president of Texas, and brings the reader to the scenes of one of the most pivotal moments in American history. Thanks to Kilmeade's storytelling, a new generation of readers will remember the Alamo. 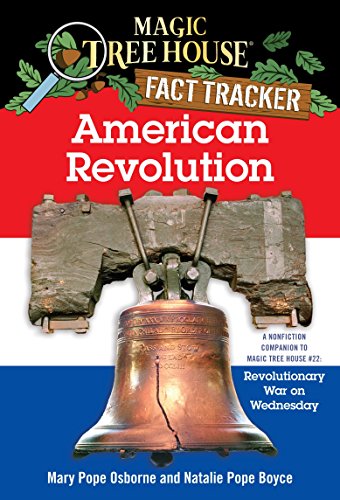 Presents a picture of life in colonial America and reviews the causes and major events of the American Revolution.
Was this content helpful to you?
Thank you for your feedback!
10 books about YouTube 10 books about butterflies