Pick up one of these featured titles on family in March 2021.

There are hundreds of books published on family. To save you time trying to find your next read, we pull together 10 of the most popular titles with updated prices for delivery to your door. 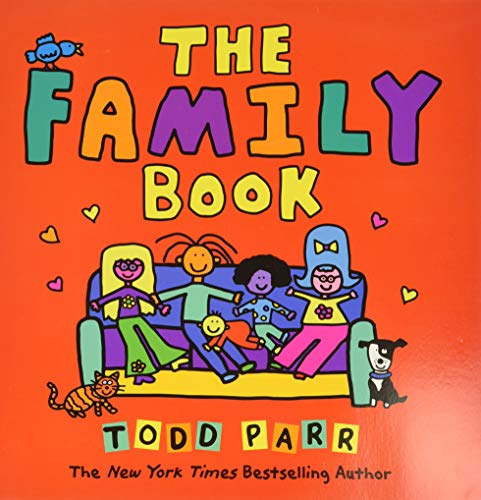 The Family Book by Todd Parr

The Family Book celebrates the love we feel for our families and all the different varieties they come in. Whether you have two moms or two dads, a big family or a small family, a clean family or a messy one, Todd Parr assures readers that no matter what kind of family you have, every family is special in its own unique way. Parr's message about the importance of embracing our differences is delivered in a playful way. With his trademark bold, bright colors and silly scenes, this book will encourage children to ask questions about their own families. Perfect for young children just beginning to read, The Family Book is designed to encourage early literacy, enhance emotional development, celebrate multiculturalism, promote character growth, and strengthen family relationships 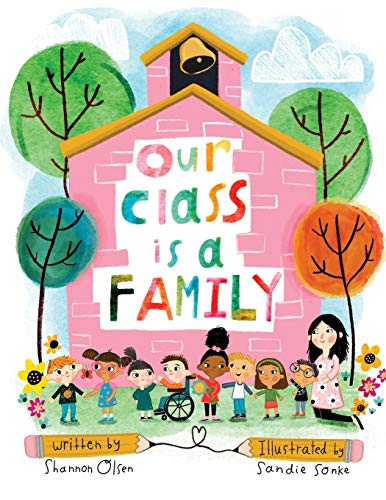 Our Class is a Family by Shannon Olsen

"Family isn't always your relatives. It's the ones who accept you for who you are. The ones who would do anything to see you smile, and who love you no matter what." -Unknown Teachers do so much more than just teach academics. They build a sense of community within their classrooms, creating a home away from home where they make their students feel safe, included, and loved. With its heartfelt message and colorfully whimsical illustrations, "Our Class is a Family" is a book that will help build and strengthen that class community. Kids learn that their classroom is a place where it's safe to be themselves, it's okay to make mistakes, and it's important to be a friend to others. When hearing this story being read aloud by their teacher, students are sure to feel like they are part of a special family. And currently, during such an unprecedented time when many teachers and students are not physically IN the classroom due to COVID-19 school closures, it's more important than it's ever been to give kids the message that their class is a family. Even at a distance, they still stick together. 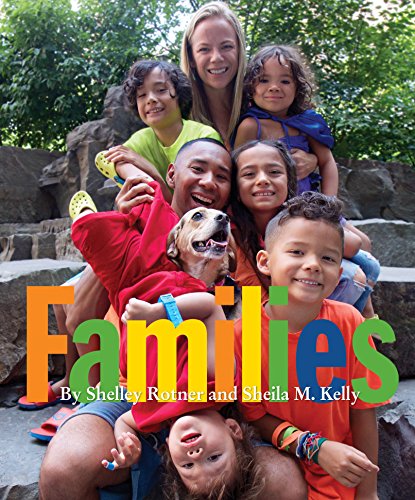 Celebrate diversity with a picture book for very young children about the many faces of contemporary families. Big or small, similar or different-looking, there are all kinds of families. Some have on parent, some have two, and many include extended family. This inclusive look at many varieties of families will help young readers see beyond their own immediate experiences and begin to understand others. 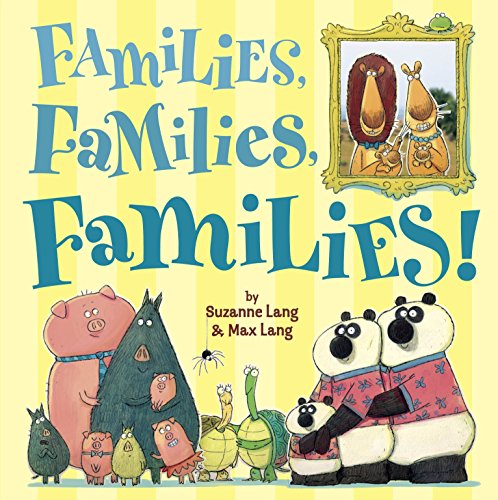 "A host of animals portrays all kinds of non-traditional families"-- 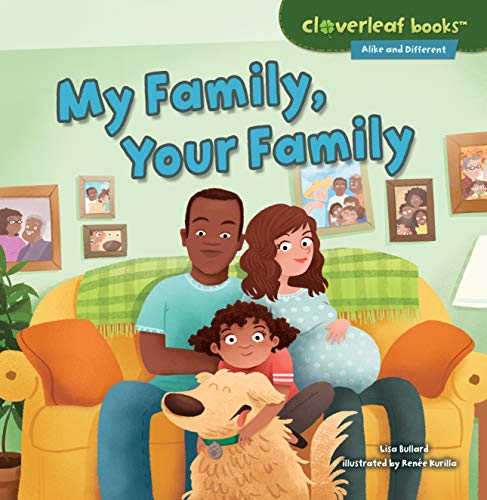 My Family, Your Family (Cloverleaf Books - Alike and Different) by Lisa Bullard

Makayla is visiting friends in her neighborhood. She sees how each family is different. Some families have lots of children, but others have none. Some friends live with grandparents, or have two dads, or have parents who are divorced. How is her own family like the others? What makes each one great? This diverse cast allows readers to compare and contrast families in multiple ways. 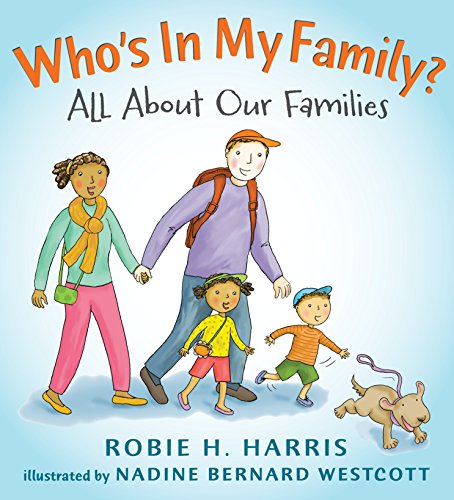 Who's In My Family?: All About Our Families (Let's Talk about You and Me) by Robie H. Harris

Nellie and her little brother Gus discuss all kinds of families during a day at the zoo and dinner at home with their relatives afterwards. 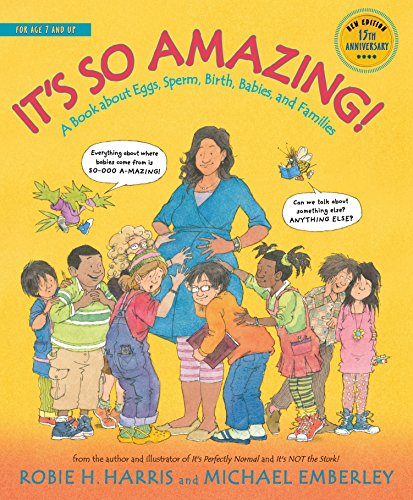 It's So Amazing!: A Book about Eggs, Sperm, Birth, Babies, and Families (The Family Library) by Robie H. Harris 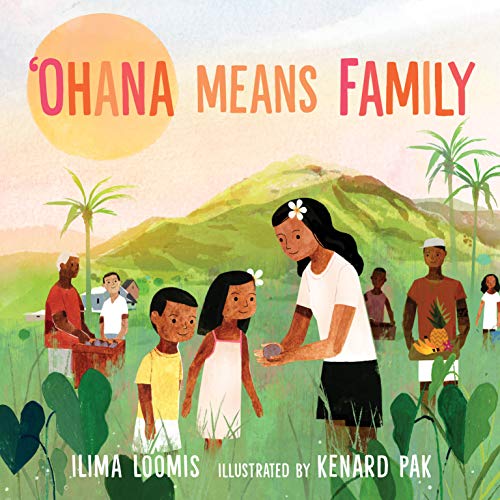 In this cumulative rhyme in the style of "The House That Jack Built," a family celebrates Hawaii and its culture while serving poi at a luau. 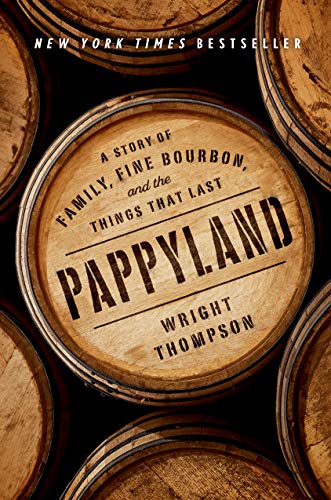 Pappyland: A Story of Family, Fine Bourbon, and the Things That Last by Wright Thompson

The story of how Julian Van Winkle III, the caretaker of the most coveted cult Kentucky Bourbon whiskey in the world, fought to protect his family's heritage and preserve the taste of his forebears, in a world where authenticity, like his product, is in very short supply. As a journalist said of Pappy Van Winkle, "You could call it bourbon, or you could call it a $5,000 bottle of liquified, barrel-aged unobtanium." Julian Van Winkle, the third-generation head of his family's business, is now thought of as something like the Buddha of Bourbon - Booze Yoda, as Wright Thompson calls him. He is swarmed wherever he goes, and people stand in long lines to get him to sign their bottles of Pappy Van Winkle Family Reserve, the whiskey he created to honor his grandfather, the founder of the family concern. A bottle of the 23-year-old Pappy starts at $3000 on the internet. As Julian is the first to say, things have gone completely nuts. Forty years ago, Julian would have laughed in astonishment if you'd told him what lay ahead. He'd just stepped in to try to save the business after his father had died, partly of heartbreak, having been forced to sell the old distillery in a brutal downturn in the market for whiskey. Julian's grandfather had presided over a magical kingdom of craft and connoisseurship, a genteel outfit whose family ethos generated good will throughout Kentucky and far beyond. There's always a certain amount of romance to the marketing of spirits, but Pappy's mission statement captured something real: "We make fine bourbon - at a profit if we can, at a loss if we must, but always fine bourbon." But now the business had hit the wilderness years, and Julian could only hang on for dear life, stubbornly committed to preserving his namesake's legacy or going down with the ship. Then something like a miracle happened: it turned out that hundreds of very special barrels of whiskey from the Van Winkle family distillery had been saved by the multinational conglomerate that bought it. With no idea what they had, they offered to sell it to Julian, who scrambled to beg and borrow the funds. Now he could bottle a whiskey whose taste captured his family's legacy. The result would immediately be hailed as the greatest whiskey in the world - and would soon be the hardest to find. But now, those old barrels were used up, and Julian Van Winkle faced the challenge of his lifetime: how to preserve the taste of Pappy, the taste of his family's heritage, in a new age? The amazing Wright Thompson was invited to be his wingman as he set about to try. The result is an extraordinary testimony to the challenge of living up to your legacy and the rewards that come from knowing and honoring your people and your craft. Wright learned those lessons from Julian as they applied to the honest work of making a great bourbon whiskey in Kentucky, but he couldn't help applying them to his own craft, writing, and his upbringing in Mississippi, as he and his wife contemplated the birth of their first child. May we all be lucky enough to find some of ourselves, as Wright Thompson did, in Julian Van Winkle, and in Pappyland. 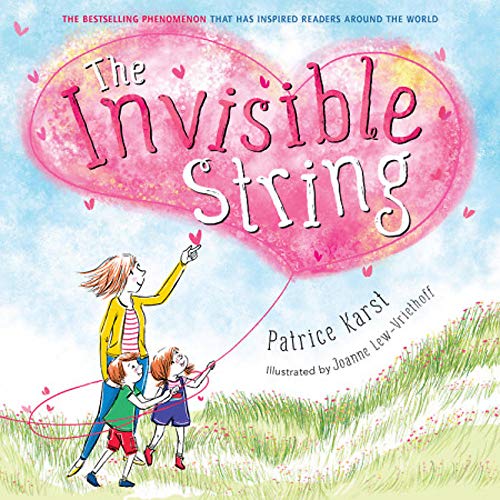 The Invisible String by Patrice Karst