Pick up one of these featured titles on boxing in May 2021.

There are hundreds of books published on boxing. To save you time trying to find your next read, we pull together 10 of the most popular titles with updated prices for delivery to your door. 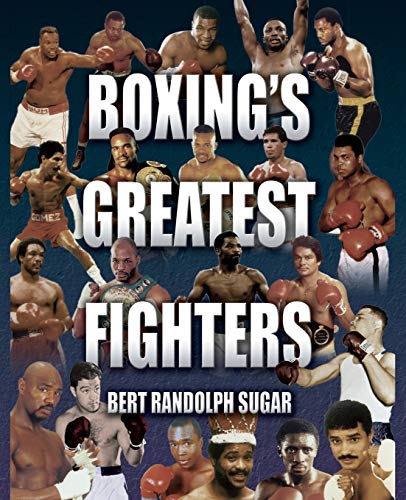 This book was published 15 years ago by Lyons Press and takes approximately 12.3 hours to read.

Wanna fight? Boxing's most entertaining historian picks the best fighters of all time. 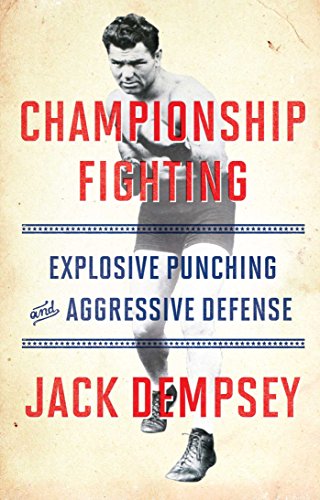 This book was published 6 years ago by Simon & Schuster and takes approximately 6.9 hours to read.

"Jack Dempsey, one of the greatest and most popular boxers of all time, reveals the techniques behind his unparalleled success in the ring. Straightforward and with detailed illustrations, Championship Boxing instructs the reader in the theory, training, and application of powerful punching, aggressive defense, proper stance, feinting, and footwork. The methods Dempsey reveals will prove useful to both amateurs and professionals"--Page 4 of cover. 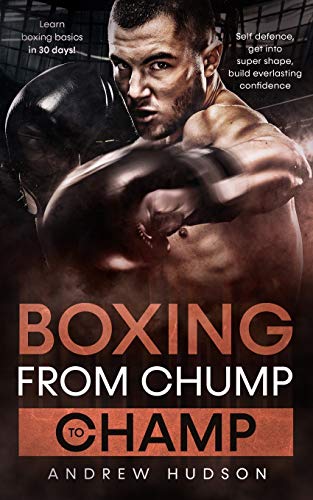 Boxing - From Chump to Champ: Learn boxing basics in 30 Days! Self defense, Get into super shape, Build everlasting confidence. (The Chump to Champ Collection) by Andrew Hudson

This book was published last year by Independently published and takes approximately 8.4 hours to read.

Innovative ideas are never easily accepted. Due to the electronic revolution of the information supply new management tools and infrastructures were required. The as simple as brilliant tool the ISBN which assigns each book with a unique number has contributed vastly to the global book and information market. 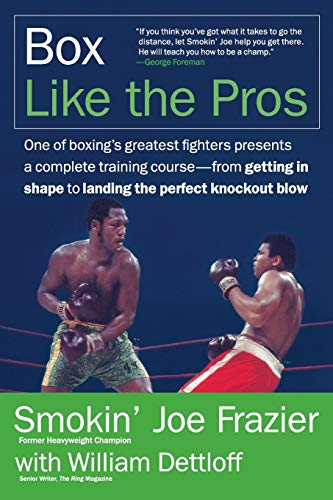 This book was published 16 years ago by William Morrow Paperbacks and takes approximately 8.0 hours to read.

Innovative ideas are never easily accepted. Due to the electronic revolution of the information supply new management tools and infrastructures were required. The as simple as brilliant tool the ISBN which assigns each book with a unique number has contributed vastly to the global book and information market. 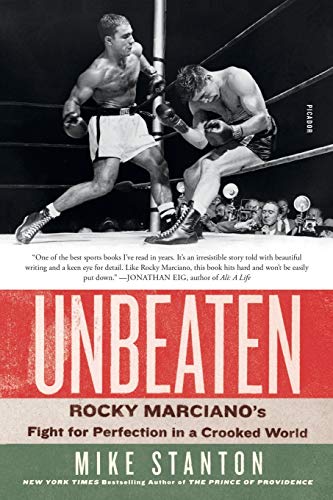 Unbeaten: Rocky Marciano's Fight for Perfection in a Crooked World by Mike Stanton

This book was published 2 years ago by Picador and takes approximately 13.9 hours to read. 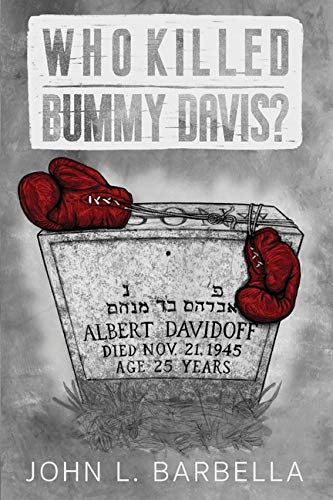 This book was published last year by Dorrance Publishing Co. and takes approximately 7.3 hours to read.

Who Killed Bummy Davis? By: John L. Barbella The story of the Legendary American boxer, Al “Bummy” Davis, was cut short all too soon on the night of November 21, 1945. While drinking in a bar, a group of men entered the establishment with something more than booze on their minds. The group had already robbed other establishments that night, but this would be their last stop. In the end, Bummy Davis would be lying outside, dead. But who killed him? Who Killed Bummy Davis? is a history and an account of the life, career, and tragic death of a talented boxer whose career and life ended suddenly, leaving many unanswered questions. Learn about the history of boxing, gangs, and turf wars during this tumultuous time in New York City, and maybe an answer to who killed Al "Bummy" Davis. 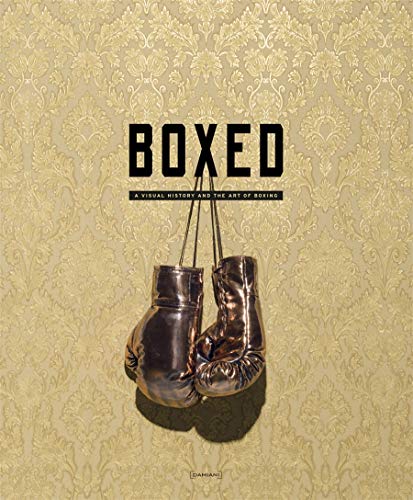 Boxed: A Visual History and the Art of Boxing by Franklin Sirmans

This book was published 7 years ago by Damiani/Paul Kasmin Gallery and takes approximately 6.9 hours to read.

The Darwinian elements of survival and harmony have always attracted writers, philosophers, and artists working in all mediums, specifically, in the sport of Boxing. Sports have always played an important role in the principle and foundation of Latino Culture, specifically in the Puerto culture and its Diaspora. This is true for the artist Carlos Rolon (Dzine). the sweet science played an important role within his family household. Watching a young Howard Cosell on ABCs Wide World and the infamous No Mas fight with Roberto Duran and Sugar Ray Leonard is how the artist a young age bonded with his father. His previous publication Nailed, which the artist viewed as a love letter to his mother, Rolon sees BOXED as a homage to his father. Following the success of the Nailed, the goal is to archive how artists and documentarians have historically used boxing as a metaphor used or been inspired by the sport from its inception into contemporary culture. As with Nailed, the publication will result and include a new body of work produced by the author. Co-published with Paul Kasmin Gallery a foreword by LACMA Chief Curator Franklin Sirmans, artists featured in Boxed include Andreas Gursky, Jean- Michel Basquiat, Andy Warhol, Gary Simmons, Satch Hoyt, Rashid Johnson, Christopher Wool, Cheryl Dunn, Terence koh, David Hammons, Ed Ruscha, Jeff Koons, George Bellows, Yoshitomo Nara, Jules De Balincourt, Paul Pfeiffer, Martine Barat, Claes Oldenburg, Glenn Ligon, Lyle Owerko, Chris Mosier and Ed Paschke, etc. 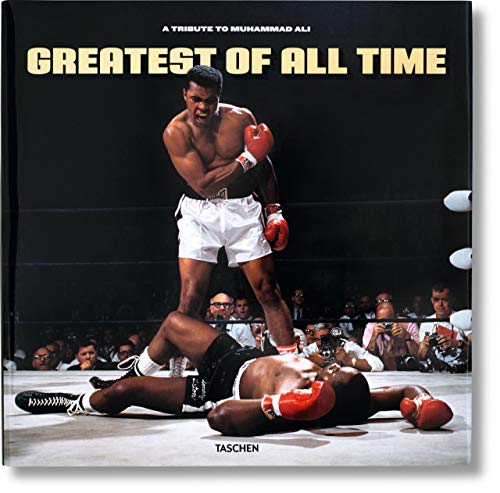 Greatest of All Time. A Tribute to Muhammad Ali by TASCHEN

This book was published 11 years ago by TASCHEN and takes approximately 21.7 hours to read.

The undisputed heavyweight champion of boxing books, at a knockout price "This is not a book. This is a monument on paper, the most megalomaniacal book in the history of civilization, the biggest, heaviest, most radiant thing ever printed - Ali's last victory." — Der Spiegel, Hamburg Universally acclaimed as the greatest sportsman of the modern era, someone who transformed not just his sport but the cultural status of athletes everywhere, Muhammad Ali still towers over the "sweet science" of boxing, more than three decades after announcing his retirement. Acknowledged as one of the most remarkable personalities of our time and undoubtedly the most popular sporting personality ever, his status as the finest heavyweight champion to grace a ring is beyond all doubt. To honor this living legend, TASCHEN created an epic book, as powerful and vibrant as the man himself, a phenomenal artefact that reflects the scale of Ali's many achievements: GREATEST OF ALL TIME - A TRIBUTE TO MUHAMMAD ALI is a book with the power, courage, depth, creativity and dazzling energy of its extraordinary subject. Containing thousands of images—photography, art and memorabilia—from over 100 photographers and artists, 2 gatefold sequences, original essays as well as the best interviews and writing of the last five decades round off the picture of the Champ, this monumental publication is finally available in an affordable, unlimited edition. Today, seven years after the publication of GOAT, we are proud to publish this affordable edition at last so that Ali's genius can be shared with the widest possible audience. Smaller in size but not in impact, this new version brings the people's champ to the people. 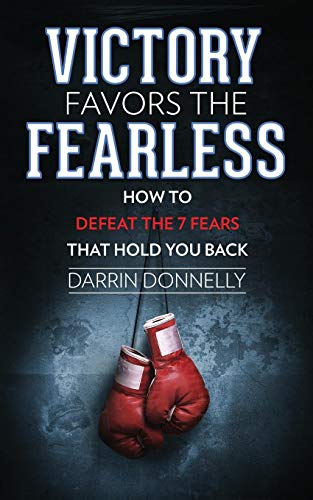 Victory Favors the Fearless: How to Defeat the 7 Fears That Hold You Back (Sports for the Soul) by Darrin Donnelly

This book was published 2 years ago by Shamrock New Media, Inc. and takes approximately 8.4 hours to read.

A Life-Changing Book About the Power of FEARLESS Thinking You will never achieve any important goal until you first defeat the fears that stand between you and that goal-the fears that say it's too risky, you don't deserve it, or you're not good enough. In fact, fearful thinking is one of the most destructive thought patterns you can fall into. Whenever you find yourself worrying, procrastinating, or questioning your potential - FEAR is getting the best of you. Specifically, there are seven common fears you must learn to defeat if you want to live a happy and successful life: 1) The fear of what other people think. 2) The fear of change. 3) The fear of making the wrong decision. 4) The fear of missing out on something better. 5) The fear of not being good enough. 6) The fear of failure being permanent. 7) The fear of being "due" for a setback. Every major worry and self-destructive thought is rooted in one of these seven fears. In this inspirational fable, Mickey McGavin is a pro boxer struggling to overcome the seven fears that are holding him back-in the ring and in life. With the help of a former world champion who becomes his trainer and mentor, McGavin learns he must defeat the fears in his mind before he can defeat his opponents in the ring. Boxing is the metaphor for life in this story, but the techniques used for defeating fear are universal. No matter your goal, FEAR is your ultimate opponent and this book will show you how to defeat the fears that hold you back from living the life you were born to live. Read this life-changing book and discover why victory - in sports, in business, and in life - always favors the fearless. 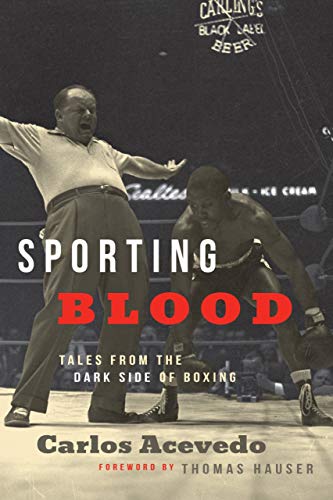 Sporting Blood: Tales from the Dark Side of Boxing by Carlos Acevedo

This book was published last year by Hamilcar Publications and takes approximately 7.7 hours to read.