Bitcoin price rallies despite Tesla selling 10% of its investment 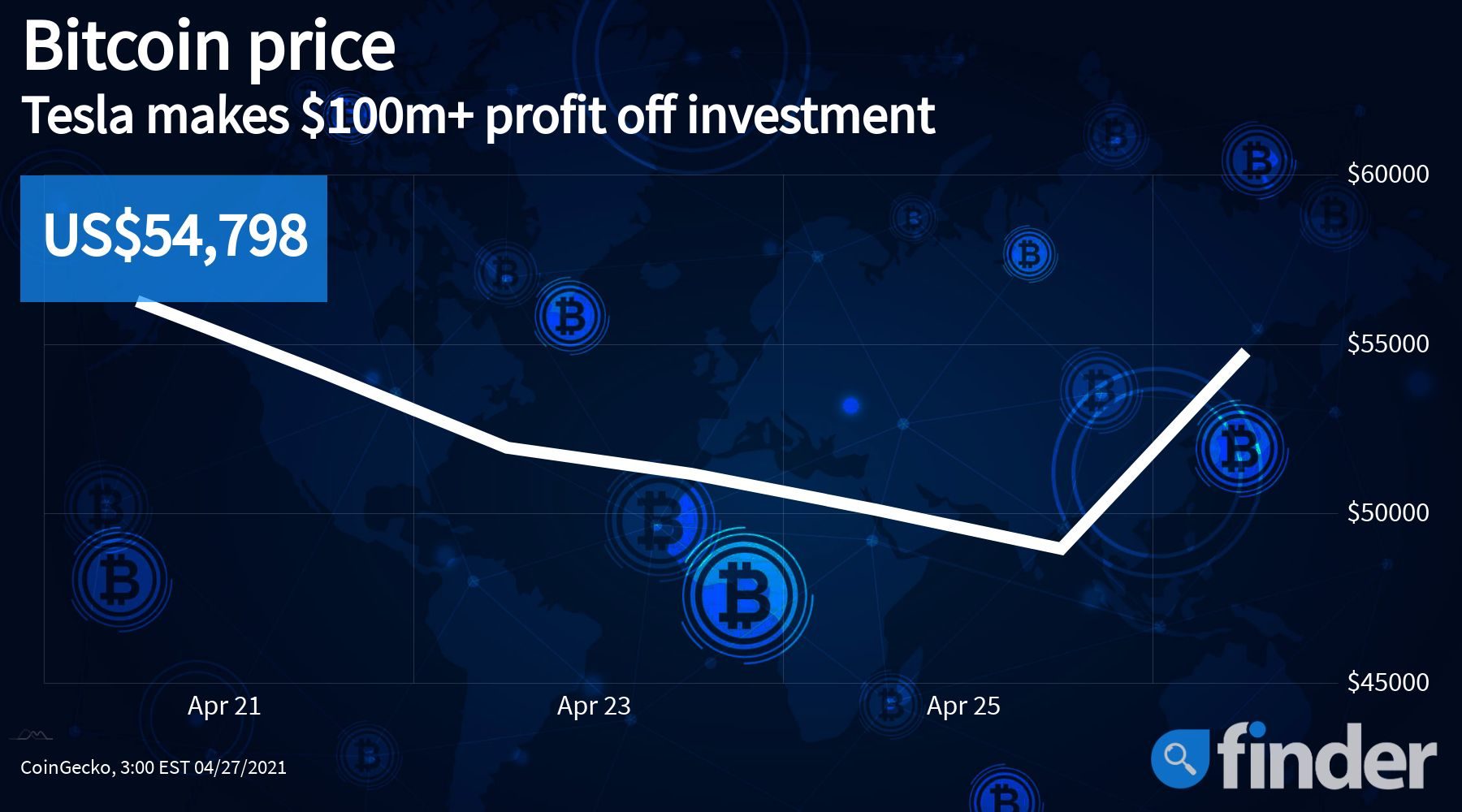 Tesla claims to have profited over $1 million thanks to its recent $1.5 billion Bitcoin investment

Per a recent statement, Elon Musk’s electric vehicle and clean energy company Tesla announced it had been able to rope in a $101 million profit thanks to its cryptocurrency investment earlier this year.

Following the announcement, Bitcoin rose from a relative low of approximately $47,000 to a high of around $55,000 within a matter of hours. At press time, the flagship digital currency is trading at $54,798.

In the wake of these developments, Tesla CFO Zach Kirkhorn reaffirmed his company’s faith in the digital currency market, adding:

“We do believe long-term in the value of Bitcoin. It is our intent to hold what we have long-term and continue to accumulate Bitcoin from transactions from our customers as they purchase vehicles.”

Tesla made its foray into the digital currency market in February, investing a whopping $1.5 billion into Bitcoin. Following its decision to buy the flagship asset, the value of BTC rose substantially within a matter of minutes.

Further bolstering its crypto confidence, Tesla is currently allowing customers to buy its various offerings in crypto. For example, the Tesla Model 3 — one of the company’s entry range vehicles — can be purchased for a flat sum of 1 BTC. Other mainstream players — including PayPal, Venmo, Square and Visa — are also allowing their users to facilitate digital transactions using various digital assets.

Tesla liquidates some of its BTC holdings for liquidity purposes

Elon Musk announced his company had sold 10% of its Bitcoin holdings in order to “prove the cryptocurrency’s liquidity as an alternative to holding cash” as part of its balance sheets.

After a recent social media exchange, he was quick to assure his followers that he had not sold any of his personal BTC and that he is still bullish about the future of this yet nascent space. Musk’s above reply came in response to a tweet issued by Barstool Sports’ president Dave Portnoy, where he insinuated that the tech mogul had been pumping Bitcoin online to rake in short term profits.

Interested in cryptocurrency? Learn more about the basics with our beginner’s guide to Bitcoin, dive deeper by learning about Ethereum and see what blockchain can do with our guide to DeFi.