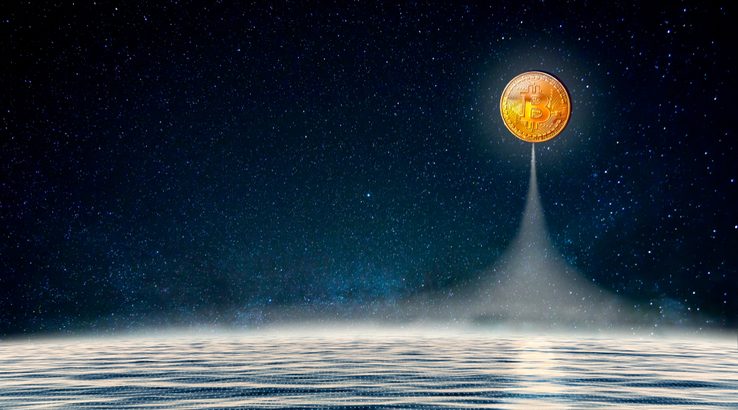 Bitcoin has hit a new yearly high with PayPal adding fuel to its tank.

It’s 2012. @ErikVoorhees @rogerkver and I decided to pool our money together for the first #Money2020 event. We told them we wanted the best booth we could afford, but we needed to be next to the @PayPal booth so we can show the world OUR financial system!

Yesterday PayPal announced it would enable customers to buy, sell and hold cryptocurrency through their PayPal accounts, and would make cryptocurrency available as a funding source for purchases from PayPal merchants.

Bitcoin prices, which were already leaning to the bullish around $12,200 prior to the announcement, went up another few notches as the news broke. By peaking at around $13,200 following the announcement, Bitcoin convincingly took out a new yearly high.

The PayPal move has been rumored since June, but now we have an official announcement. There are also a lot more details flowing now, including:

The initial offering is limited. There are no crypto withdrawals or transfers, the choice of available cryptocurrencies is questionable, it will start in the US only and there are uncertainties around whether popularizing cryptocurrency could cut into PayPal’s bread and butter of payments.

All of these have sparked debates on whether this is part of a larger plan or if PayPal is just mucking around with a new product in search of a little bit more revenue.

There are arguments for the former. As some observers point out, this is a complicated move for a company of PayPal’s size to pull off and it would have been easier for PayPal to pilot crypto purchases outside the US if the main objective was extra revenue from crypto sales. But instead it went for an exotic provisional BitLicense. Despite a somewhat lacking product this is still a big step.

“Make no mistake, this isn’t a pilot program. This isn’t a token gesture (no pun intended). PayPal just dove head first into the future of payments, and I expect that in the coming years they will aggressively be adding new features including deposits/withdrawals,” said crypto expert Adam Cochrane.

PayPal itself says as much.

“The shift to digital forms of currencies is inevitable, bringing with it clear advantages in terms of financial inclusion and access; efficiency, speed and resilience of the payments system; and the ability for governments to disburse funds to citizens quickly,” said PayPal CEO and president Dan Schulman.

“Our global reach, digital payments expertise, two-sided network, and rigorous security and compliance controls provide us with the opportunity, and the responsibility, to help facilitate the understanding, redemption and interoperability of these new instruments of exchange. We are eager to work with central banks and regulators around the world to offer our support, and to meaningfully contribute to shaping the role that digital currencies will play in the future of global finance and commerce.”

Just the right amount of bullish

All the coins named in PayPal’s line-up had a good day, while other cryptocurrencies such as RSR with rumored PayPal connections also spiked on the day. Litecoin in particular rose about 15% as the news circulated.

From one angle it’s an overconfident rise. There will likely be several weeks of waiting before PayPal actually starts selling crypto, during which prices might settle back as people realize that buying BCH and LTC to sell at a higher price later only works if prices go up.

At the same time, there are no clear guarantees the launch will move markets. It’s reasonable to assume PayPal has already accumulated a lot of the cryptocurrency it expects to need, so the initial market impact of PayPal customers buying crypto could be quite muted.

A more optimistic take is that prices will continue to rise across the board in the lead-up to PayPal’s release, paving the way nicely for a new wave of FOMO upon release. After all, PayPal’s cryptocurrency line-up will look much more attractive to a new audience if it’s performing well.

And once again, despite all the remaining uncertainties, it cannot be emphasized strongly enough that PayPal is very, very large. By most measures, PayPal is substantially bigger, more popular and more widely used than the assets it’s listing. If nothing else, this makes it a first for the cryptocurrency space and an event to keep an eye on.

Disclosure: The author owns cryptocurrencies including BTC and ETH at the time of writing