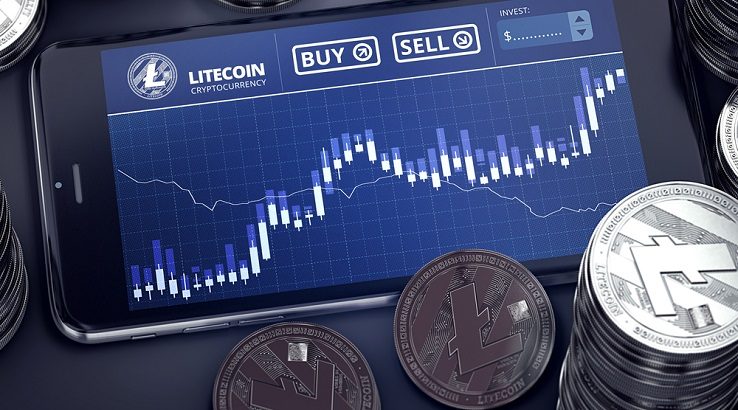 LTC lost nearly one fifth of its value during a perilous week that saw most digital assets’ prices plunge.

It’s been a rocky week for most digital currencies, most notably Litecoin, which saw its value fall to a 2018 low of US$61.46 on Thursday August 9.

The descent occurred on Tuesday 7 August, at the same time other cryptocurrencies were having their values tested, slipping from US$74.87 down to a bottom of US$62.32 by the morning of Wednesday August 8, 2018.

Trading volumes haven’t changed much over the last seven days, down from US$298 million to US$254 million.

CryptoGlobe reports that Litecoin is currently in a range bound movement, meaning the cryptocurrency’s price will likely be fluctuating around the US$62.02 mark, with the marketplace holding for another breakout.

FX Street analysts said that LTC/USD price action remains bearish, subject to a potential downside breakout. EthereumWorldNews said the pair may summon a recovery as long as bulls hold the US$60.00 support level.

Telegram has adopted Litecoin transactions for its encrypted messenger application. The new Litecoin feature, Lite.im, has been developed by blockchain startup Zulu Republic. Users will be able to utilize Litecoin services via Zulu’s back-end system. You’ll be able to send commands, check your LTC balance and make transactions.

A bear market is the best time for people to work on adoption.

We build it and they will come. Adoption is key!