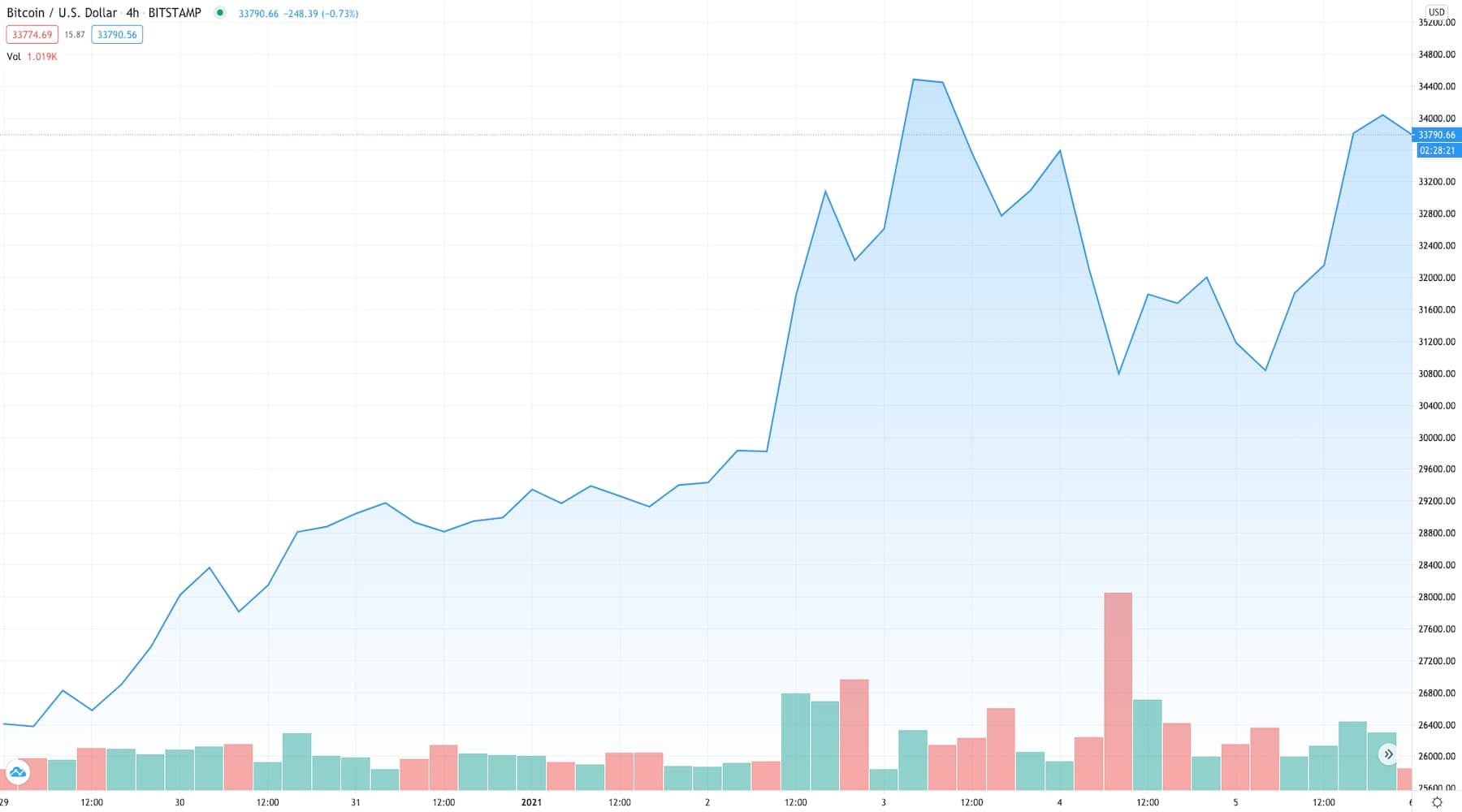 Bitcoin continues to oscillate as it struggles to break through the next barrier at $35,000.

The very next day there was a brief, though sudden correction. Bitcoin plummeted from $33,500 to as low as $29,700 losing 11% over a period of 6 hours. However, the correction was short-lived and demonstrates that demand is still high after nearly 9 months of upwards price action since March 2020 lows of around $5,000.

The increase witnessed this past week forms part of a larger surge in Bitcoin’s price which began in earnest around September. Today’s price is more than 3 times the amount that it was in late September at around $10,500, an increase of over 219%. Bitcoin’s continued momentum suggests that global markets are now seeing Bitcoin as a potential hedge against inflation. Wall Street acceptance of Bitcoin appears to extend to the idea that Bitcoin is in direct competition with the oldest form of money, that being gold itself.

JP Morgan sent a note to investors last week stating that “Bitcoin’s competition with gold has already started in our mind”, indicating that there has been $7 billion worth of outflows from gold-back derivatives while also $3 billion has flowed into the Grayscale Bitcoin Trust. Furthermore, they joined the ranks of Bitcoin optimists, suggesting that the price could reach as high as $146,000 if it becomes an accepted safe-haven asset.

As at the time of press Bitcoin had levelled off slightly, exchanging at $33,977.